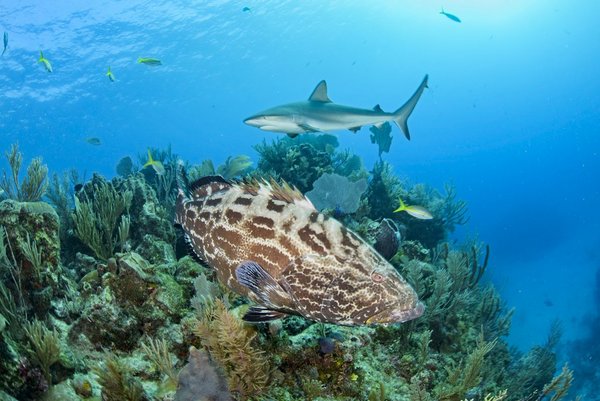 An international team of scientists have developed new monitoring indicators for the protection of marine and coastal areas. In their study, they show that large gaps exist in the protection of marine ecosystems. According to the research team, the high seas, for example, have a high conservation potential for biodiversity – but there are very few protected areas here.

Oceans and their coasts provide numerous services to humans – they sequester excess CO2, supply oxygen, provide food, support livelihoods and contribute to human well-being and culture. “But these ecosystems are subject to both global and local pressure imposed by humans. Worldwide, a third to half of endangered coastal and marine habitats have already been lost – accompanied by a decline in the services they provide to us humans,” explains Dr Aidin Niamir of the Senckenberg Biodiversity and Climate Research Center in Frankfurt/Main, Germany, and he continues, “Protected and conserved areas are one of the most common tools used to prevent these losses.”

But where can these areas be established in the most effective way to protect biodiversity and, in the ideal case, even increase it again? To determine the current status of the protection of marine and coastal habitats, the team of scientists led by Senckenberg researchers Joy A. Kumagai and Aidin Niamir investigated in which countries the goals for protected and conserved areas have been achieved so far – and where they fell short.

For this purpose, they developed two indicators that provide information on what percentage of the six coastal and marine habitats – seamounts, seagrass beds, cold-water coral reefs, warm-water coral reefs, mangrove forests and salt marshes – which have global data available, are located within protected and conserved areas, both in relation to individual countries and at global level.

“Currently, as part of the Conference of the Parties on Biological Diversity, governments are negotiating a goal to protect 30 per cent of terrestrial and marine areas world-wide. We identified which countries do not have 30 per cent of these marine habitats within protected or conserved areas – so that governments can prioritise these areas for protection” says Kumagai, explaining the approach.

The researchers’ analysis, which was published in the journal “Scientific Data” last May, showed that more than 40 per cent of the mangroves, coral reefs and salt marshes are located in protected or conserved areas. In contrast, seamounts, for example, are often found in areas outside national jurisdiction, and less than ten per cent of their area is under protection. “The lack of protection on the high seas poses a major problem, since this area would also offer the greatest opportunity for habitat conservation, in terms of area, if its protection were increased to 30 per cent,” said Niamir.

The distribution of protected areas also varies widely at country level. In 11.6 per cent of the countries, none of the marine and coastal habitats included in the study are located in a protected or conserved area.

“Collectively, our results not only reflect the current status of protection but also draw attention to the need for ecologically representative protected and conserved areas. And we need more freely available global habitat data here to understand and protect valuable marine and coastal areas,” adds Kumagai in conclusion.