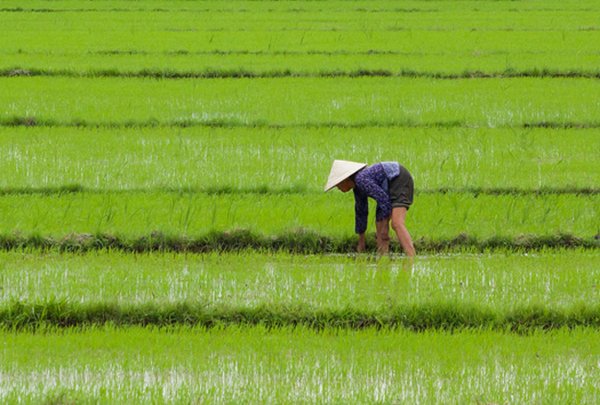 Smallholders could reproduce the seed from the hybrid plants themselves and benefit from high yields.
© flickr/ Sarahhoa

Plant breeders call the phenomenon of the progeny generations producing a superior yield compared to that of parent plants the heterosis effect. In subsequent generations, this effect is lost again. However, it can be conserved with the aid of apomixis.

Rice reproduces sexually. However, this sexual reproduction, in which the chromosome sets are first halved and then newly combined (also referred to as meiosis), results in the loss of the heterosis effect, which occurs in hybrid breeding. Hybrids are plants that emerge from the cross-breeding of parents that have been allowed to fertilise themselves over several generations in order to enhance desired features. For example, in-breeding of two such parent lines can lead to progeny that produces higher yields. However, this surplus yield goes lost on the way to the next generation. Therefore, hybrid seed loses its advantage in the course of reproduction.

What would happen if the properties of the hybrid generation could be conserved? Plant breeder Venkatesan Sundaresan at Davis University in California asked himself this question and had a look at nature to get an answer. For example, dandelions and blackberries make do without meiosis and reproduce asexually. Cuttings of vines and trees are always identical clones of parent generations. The generic term is apomixis, and this process occurs naturally among more than 400 plant species, only a few of which are, however, crop plants.

Sundaresan applied apomixis in rice plants with a heterosis effect and produced seeds without the rice plants being fertilised. With the aid of new breeding methods (Crispr/Cas9), he switched off three genes involved in meiosis in rice. This meant that phase one of meiosis, halving the chromosomes, was eliminated. The ova were formed through mitosis, in which the complete chromosome set of the mother is inherited. For the second phase, the latter then had to incite the ovum to divide without being fertilised. As a rule, this meiosis is triggered by the gene “Baby Boom1”, which comes from the male ovum. Thus the go-ahead for ovum cell division could also be given without fertilisation, and an embryo was generated that grew into a clonal seed. Progeny were identical with the mother generation.

A new hope for smallholders

Based on this method, breeders can conserve the additional properties of the hybrid seed. Smallholders could reproduce the seed from the hybrid plants themselves and thus benefit from high yields each year. Researchers now hope to be able to further raise efficiency so far by around 30 per cent and transfer the same effect to other plants as well.