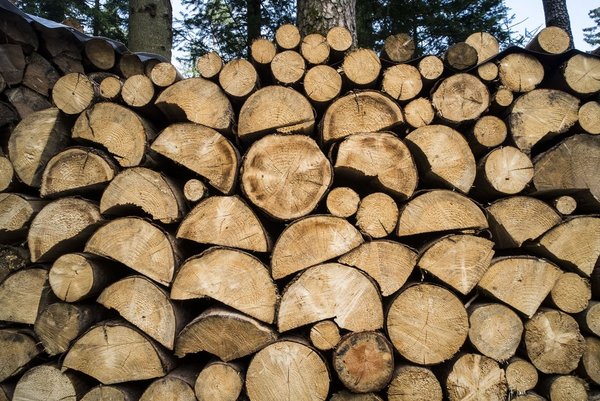 A study by climate researchers at Germany’s Karlsruhe Institute of Technology (KIT) shows that the impacts of land use change on carbon dioxide emissions is higher than assumed. In climate protection reforestation should play a more important role.

Carbon dioxide (CO2) emissions caused by land use changes may possibly be higher than assumed. This is the outcome of a study by Professor Almut Arneth of the Karlsruhe Institute of Technology (KIT) and her team. For the first time, research has focused on processes such as slash-and-burn cultivation or different types of forest and crop management, and the findings also attribute greater significance to afforestation in raising CO2 absorption by terrestrial ecosystems, an important factor in climate protection.
Forests, meadows and crops make a significant contribution to climate protection. Plants take up carbon dioxide from the atmosphere via photosynthesis. Observations have revealed that every year, world-wide, almost a quarter of industrial CO2 emissions disappears again in the terrestrial ecosystems through CO2 absorbance, which substantially reduces CO2 increases in the atmosphere, slowing down global warming.

In the study, Arneth’s team of researchers explain that through land-use change, these terrestrial ecosystems themselves release large amounts of carbon dioxide into the atmosphere, above all through the clearing of forests. The scientists conclude that the true amount of CO2 absorbed by plants and the soil could be significantly higher than assumed so far. However, CO2 emissions through land-use change and total carbon capture by terrestrial ecosystems cannot be quantified separately since no measuring methods are available for this purpose, the researchers explain in the survey.

The international team of scientists have now demonstrated that emissions caused by land use change may possibly have been underestimated because the models used, such as slash-and-burn cultivation or various forest or cropland management systems have been insufficiently taken into consideration. The study published in Nature, which applies state-of-the-art models, points to higher CO2 emissions through land use change processes also implying a higher overall intake of carbon dioxide than previously assumed since the difference between the two quantities has been borne out by observations as well.

The result that previous clear-cutting and use has released more CO2 than previously assumed suggests that consequently, afforestation measures could capture more CO2 than expected. “The findings in our study definitely support efforts to prevent further large-scale clear-cutting, which not only benefits the climate but also plays an important role in nature conservation and the protection of biodiversity,” Arneth explains.

In addition, the study shows that estimates of future CO2 absorption from the atmosphere still entail high levels of uncertainty, which also complicates extrapolations of climate change. “In order to quantify the impact of cultivation on CO2 emissions, we must not only demonstrate the necessary processes in human action but also require improved historical and prognostic estimates of what type of land use was performed by people when and where and what this will look like in the future,” Arneth explains.

Karlsruhe Institute of Technology (KIT) pools its three core tasks of research, higher education, and innovation in one mission. With about 9,300 employees and 25,000 students, KIT is one of Europe’s major institutions of research and higher education in natural sciences and engineering.

KIT – The Research University in the Helmholtz Association