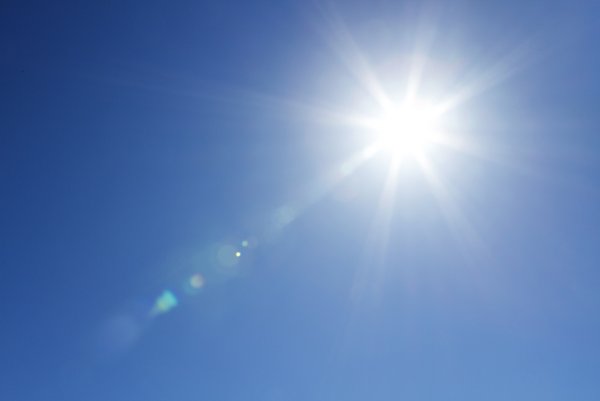 Solar Geoengineering, would aim to address a symptom of climate change by reflecting more sunlight back into space in order to reduce the Earth’s temperature.
Photo: Shutterstock

With the timely achievement of the Paris climate targets becoming more and more uncertain, there have been calls for stepping up the development of climate engineering to complement mitigating greenhouse gas emissions. But is it really an option?

The 2015 Paris Agreement seeks to keep a global temperature rise “well below two degrees Celsius above pre-industrial levels and to pursue efforts to limit the temperature increase even further to 1.5 degrees Celsius” this century. However, the International Panel on Climate Change (IPCC) conceded in 2018 that achieving the lower target would be a “herculean task”. If global warming continues at its present rate, the 1.5 ° C limit could already be reached by around 2040. Proposals to boost efforts to slow down global warming include climate engineering, a controversial issue that was also the subject of a panel debate at the recent Knowledge for Sustainable Development (K4SD) conference held by the Global Development Network in Bonn/Germany in late October.

Climate engineering, also known as geo-engineering, refers chiefly to two main groups of technologies: greenhouse gas removal approaches and solar radiation management (SRM). Also called negative emissions technologies (NETS), greenhouse gas removal includes methods such as ocean fertilisation, in which e.g. iron sulphate is fed into the ocean and consumed by phytoplankton, which thrive on iron. Through photosynthesis, large quantities of carbon dioxide could then be removed from the atmosphere. Technically, conventional measures like afforestation also belong to the NETS.

SRM centres on reflecting solar radiation, either by deflecting it from Earth with mirrors in space or by enhancing reflection by the atmosphere or the Earth surface, also referred to as albedo. A key technology involved here is stratospheric aerosol injection (SAI), whereby sulphate aerosols are brought into the stratosphere with aircrafts or balloons, creating a global dimming and cooling effect similar to that occurring after major volcanic eruptions. Surface-based technologies include expanding polar sea ice or using pale-coloured roofing material.

Chairing the K4SD debate on the topic last October, Katharina Michaelowa, a Professor of Political Economy and Development at the University of Zurich/Switzerland, put it to the panel that unlike NETS approaches, SRM had the potential to reduce global warming quickly. “Emissions cuts alone will not enable the Paris Agreement to be reached,” noted Jesse Reynolds, an Emmett/Frankel Fellow in Environmental Law and Policy at the University of California Los Angeles School of Law/USA. “SRM techniques are effective and reversible. They can’t be a replacement for mitigation efforts, but they can complement them.”

The second panellist, Arunabha Ghosh, Chief Executive officer of the Council on Energy, Environment and Water (CEEW), based in India, was rather more wary of the uncertainties the new technologies bore. “What we don’t know is what will happen to monsoons, the hydrological cycle, agricultural productivity, biodiversity and the ozone layer,” Ghosh noted. “And these are issues that natural scientists alone cannot resolve.”

Climate engineering had already been discussed in Bonn two years previously – at the COP23 UN Climate Change Conference. “This technology is absolutely terrifying,” said former UN senior climate advisor Janos Pasztor, referring to SRM in 2017. “We may actually need it, but then, who do we want to decide?” Pasztor, who is also Executive Director of the Carnegie Climate Geoengineering Governance Initiative, based in New York/USA, noted that the new technology would require an unprecedented level of international cooperation. Decisions had to be taken on where climate engineering interventions would take place, on who was going to benefit, and on who would be negatively affected.

Back in 2010, participants in the Convention on Biodiversity meeting in Nagoya, Japan, resolved a moratorium on climate engineering, arguing that this was necessary to protect biodiversity “until there is an adequate scientific basis on which to justify such activities and appropriate consideration of the associated risks”. However, like the ban on ocean fertilisation adopted by the London Convention on Marine Dumping in 2013, the moratorium is not legally binding.

Last March, at the United Nations Environment Assembly in Nairobi, Kenya, Switzerland tabled a resolution on geoengineering and its governance, also through the UN framework, that was backed by several countries. However, it met with staunch opposition from the high-emitting, oil-producing countries, above all the USA and Saudi Arabia. Several civil society organisations, among them Germany’s Heinrich Böll Foundation, have been calling for an international ban on climate engineering. According to Silvia Ribeiro of the Canada-based ETC Group, open-air experiments with climate engineering have already been taking place both in the USA and in Chile.

“The active opposition to any form of geoengineering oversight from the United States and Saudi Arabia should be a wakeup call to those who assume big emitters and oil producers will readily embrace responsible governance of these technologies if it interferes with business as usual,” said Carroll Muffett, President of the Center for International Environmental Law (CIEL), based in Washington D.C./USA, commenting on the outcome of the Nairobi meeting. “Despite its leading role in the deployment of carbon dioxide removal for oil and fuel production, and in promoting geoengineering research and experimentation, the United States proved unwilling to consider even limited international oversight for either. Resistance to that oversight by countries at the centre of geoengineering research and development demonstrates the grave risk that these technologies will move forward without the shared global governance that geoengineering researchers acknowledge is absolutely necessary.”

For more information on geoengineering: