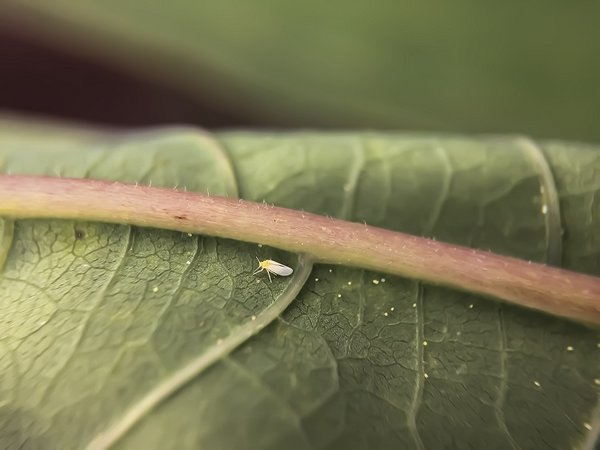 Researchers have decoded the genetic make-up of whitefly species that spread plant diseases and damage crops, raising hopes for tackling the devastating pest.

Whitefly, Bemisia tabaci, is one of the top 100 crop pests in the world, causing damage to plants and spreading plant diseases. This tiny insect – an adult whitefly measures just one millimetre in length – causes billions of dollars’ worth of damage to cassava, cotton, tomato and grain-legume crops, and threatens food security in the developing world.

The unlocking of the whitefly’s genome or genetic make-up resulted from the work of more than 50 scientists from the African Cassava Whitefly Project (ACWP), led by the Natural Resources Institute (NRI) of the UK-based University of Greenwich. The research project is funded since 2014 from grants by the Bill & Melinda Gates Foundation.

NRI’s Professor John Colvin who led the project explains that a genome is the genetic code that determines what an organism is. He says, “it is fundamental to understanding all sorts of biological relationships. It is the key to understanding an organism, in that it tells you about its relationships to other species, about biochemical pathways, whether or not it will be resistant to insecticides and so on.”

The unlocking of the whitefly genome is fundamental for food security

The consequences of unlocking the whitefly’s genome in terms of its importance to agriculture, food-production and humanity, is equivalent to the impact made on medicine when geneticists mapped out the human genome. The effects will be just as far-reaching for people who rely on cassava, one of the crops blighted by whitefly. Cassava producers are among the world’s economically poorest and cassava is important for their staple food, for income and for food security in times of drought and hardship.

The team of scientists say they have made a ground-breaking discovery – it was 20 years in the making – which is an unprecedented resource for tackling this pest and the plant-virus pandemics associated with it.

There are more than 40 whitefly species that, collectively, are still called, Bemisia tabaci. They all look exactly the same. Thanks to examining their genomes and unlocking the code, Professor Colvin and his team have been able to tell the difference between them, thereby expanding hugely their understanding of the species’ complexities.

“We can now do huge amounts of science”, Colvin says, “looking at why this one transmits viruses, why this one doesn’t, what are the interactions between the viruses and the proteins in the insect, why does it feed on cassava, why don’t the cassava’s chemical defences kill it and so on”. Once you have this resource – the genome – the genie in the bottle – it is all about how you use it. Generating these genomes is quite literally releasing an information bottleneck.”

Andy Yates, team leader at EMBL-EBI, adds: “insect vector genomes are playing an ever-increasing role in food security efforts. The role these genomic resources will play will be transformative in improving the health and wellbeing of over 800 million people around the world who rely on cassava as a food crop. Integration into large-scale analysis and visualisation platforms such as Ensembl is key to these efforts”.

The six sequenced and annotated genomes are freely available to access from the Ensembl Metazoa resource.
(NRI/wi)