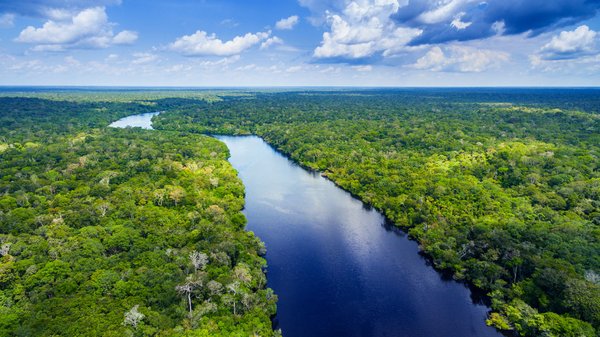 Researchers are worried about the Amazon rainforest’s resilience, especially in the near future.
Photo: © worldclassphoto/Shutterstock

The Amazon rainforest is one of the potential tipping elements in the Earth’s climate system, and its ability to recover from perturbation has been decreasing for at least two decades, say researchers.

Data analysis from high-resolution satellite images suggests that the Amazon rainforest is likely losing resilience. This alarming finding was revealed by the Potsdam Institute for Climate Impact Research Institute (PIK) in March 2022. For about three quarters of the forest, the ability to recover from perturbations like droughts and fires has been decreasing since the early 2000s.

Resilience loss in pristine parts of the rainforest is mainly due to stress from nearby human activity, such as logging and slash-and-burn. The impact of anthropogenic climate change has not been precisely determined to date, but will likely play a significant role in the future, according to the researchers. To safeguard the Amazon, they see no alternative but to impose strict limits on logging and global greenhouse gas emissions.

The Amazon is recognised as a potential tipping element in the Earth’s climate system, and a number of studies have highlighted its vulnerability. “We have seen a continuous decline in rainforest resilience since the early 2000s, but we cannot predict when the transition from rainforest to savanna might happen. By the time it is observable, it will likely be too late to stop,” warns Niklas Boers from the Potsdam Institute for Climate Impact Research and the Technical University of Munich, who conducted the study jointly with researchers from the University of Exeter, UK. The research is part of the project Tipping Points in the Earth System (TiPES), which receives funding from the European Union’s Horizon 2020 programme.

To determine the causes of the loss of resilience indicated by the data, the scientists explored the relation between resilience and rainfall in a specific area of the Amazon, paying particular attention to three ‘once in a century’ drought events in the region. Drier areas turn out to be more at risk than wetter ones. “This is alarming, as the IPCC models project an overall drying of the Amazon region in response to anthropogenic global warming,” says Boers. Another factor is the distance to roads from where people can access the forest. The data confirm that areas close to land used by humans are more threatened.