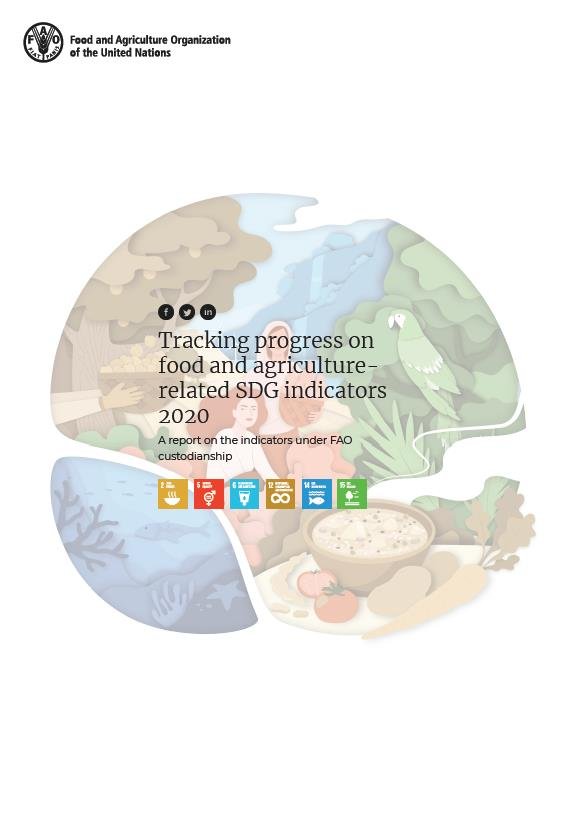 This report on food and agriculture indicators underscores lack of progress in achieving the Sustainable Development Goals.

The world was already off track to meet the Sustainable Development Goals by 2030 and the COVID-19 pandemic has made it even harder both to achieve the Goals and to monitor progress where it is being made, according to the report Tracking progress on food and agriculture-related SDG indicators 2020 released by the Food and Agriculture Organization of the United Nations (FAO) in September 2020.

Hunger, as well as other forms of food insecurity, are rising, and the pandemic has disrupted longer-term practices from conserving genetic resources, as well as immediate operations such as national agricultural censuses, which are key both to identifying immediate needs and nudging the world's farmers to more sustainable practices.

These censuses have been delayed, postponed or suspended in more than half of the 150 countries canvassed. Around one in four countries say that COVID-19 has disrupted national statistical agencies, with "nearly all" key data collection being adversely affected.

The report assesses current trends, finding many stagnating - including the hunger benchmark known as Prevalence of Undernourishment used to track SDG target 2.1 - or even deteriorating - such as the broader Food Insecurity Experience Scale used for the same target. Many of the indicators, particularly for measuring smallholder labour productivity and incomes with the aim of doubling them by 2030, suffer from inadequate data to assess both current status and progress.

Some of the key findings