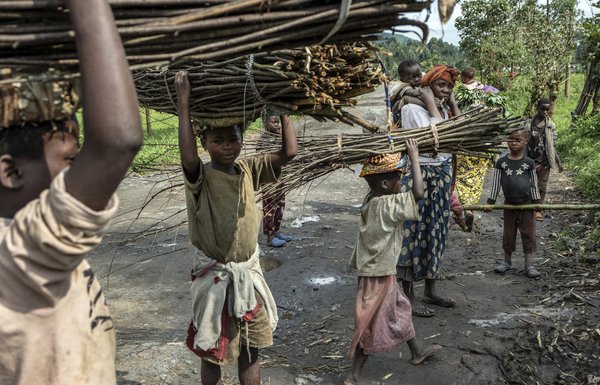 Child labour is increasing for the first time in two decades. Even worse, the International Labour Organization and UNICEF warn that 9 million additional children are at risk as a result of the COVID-19 pandemic.

The number of children in child labour has risen to 160 million worldwide, the International Labour Organization (ILO) and UNICEF stated in June 2021. This an increase of 8.4 million children in the last four years – with millions more at risk due to the impacts of COVID-19. Agriculture still accounts for the lion’s share of child labour. Hence, increased investment in rural development and decent work in agriculture are essential counter measures.

The two organisations published the report Child Labour: Global estimates 2020, trends and the road forward in the uprun to the World Day Against Child Labour on 12 June, presenting latest data on child labour. The report warns that progress to end child labour has stalled for the first time in 20 years, reversing the previous downward trend that saw child labour fall by 94 million between 2000 and 2016.

Children in child labour are at risk of physical and mental harm. Child labour compromises children’s education, restricting their rights and limiting their future opportunities, and leads to vicious inter-generational cycles of poverty and child labour.

Significant rise in the number of very young children

Child labour is more prevalent among boys than girls at every age. However, when household chores performed for at least 21 hours per week are taken into account, the gender gap in child labour narrows.

Millions more children at risk of being pushed into child labour

The report warns that globally, 9 million additional children are at risk of being pushed into child labour by the end of 2022 as a result of the pandemic. A simulation model shows this number could rise to 46 million if they do not have access to critical social protection coverage. Even in regions where there has been some headway since 2016, such as Asia and the Pacific, and Latin America and the Caribbean, COVID-19 is endangering that progress.

Additional economic shocks and school closures caused by COVID-19 mean that children already in child labour may be working longer hours or under worsening conditions, while many more may be forced into the worst forms of child labour due to job and income losses among vulnerable families.

Children in rural areas are most affected

COVID-19 may increase child labour in agriculture, at least in the short term, as families who have lost jobs elsewhere return to subsistence farming to survive. Broader progress in ending child labour thus largely centres on improving rural livelihoods and building more diversified economies, including in rural areas, ILO and UNICEF state in their report.