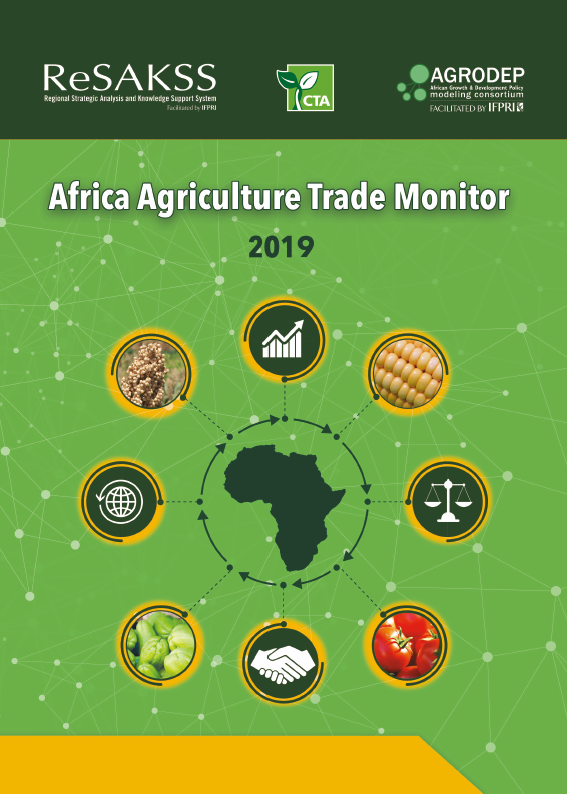 This report provides a comprehensive analysis around the main challenges and opportunities that could favour or hinder regional trade throughout Africa.

The second annual Africa Agriculture Trade Monitor (AATM), was published by the International Food Policy Research Institute (IFPRI) and the Technical Centre for Agricultural and Rural Cooperation (CTA) in September 2019. It assesses emerging and long-term trends and the drivers behind Africa’s trade in agricultural products – including global trade, intra-African trade and trade within regional economic communities (RECs).

The push for deeper integration in Africa is gaining momentum at a time when the global trade system is facing new threats, such as the protectionist measures imposed by the United States of America and China in the context of escalating trade tensions, the authors state.

The report examines the effectiveness of regional trade initiatives in boosting integration and intra-African trade and assesses the potential impact of broader integration on the continent’s trade performance in the context of emerging protectionism.

This year’s report also includes a special focus on Eastern and Southern Africa, centring on the experience with economic integration in these regions.

There are tangible reasons to promote continent-wide trade integration as a means to attain higher economic development and shared prosperity among African countries, the authors explain:

Second, while multilateral trade liberalisation seems to be at a standstill, RTAs are proliferating around the world as alternative trade negotiation systems.

Third, regional trade integration is viewed as a good development strategy. Regional trade can increase the size of markets accessible to competitive producers, reduce the price of imported goods, particularly essential goods, by increasing competition; and help producers climb the value-chain ladder, reducing dependence on the production and export of primary goods.