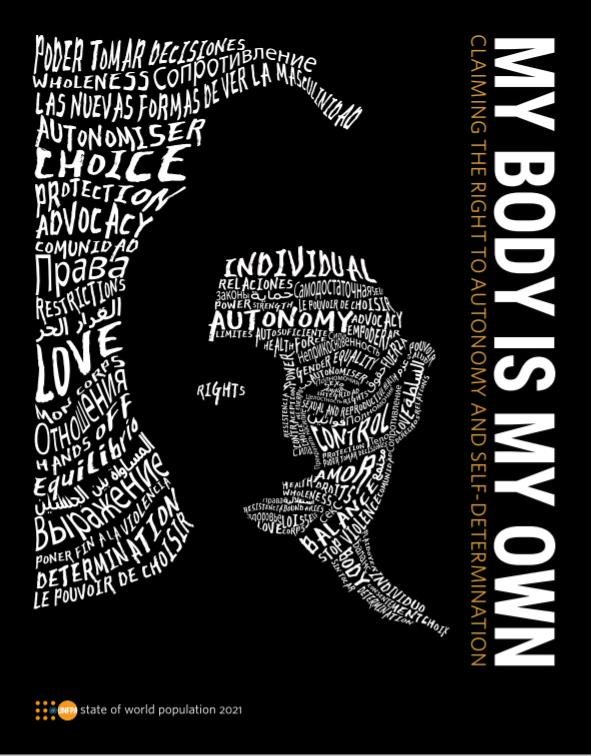 2021 State of World Population report: My body is my own

This report measures both women’s power to make their own decisions about their bodies and the extent to which countries’ laws support or interfere with a woman’s right to make these decisions. The data show a strong link between decision-making power and higher levels of education.

This year’s State of World Population report entitled My Body is My Own: Claiming the right to autonomy and self-determination, published in April 2021 by the United Nations Population Fund (UNFPA), focuses on bodily autonomy: the power and agency to make choices about your body, without fear of violence or having someone else decide for you.

According to the report, nearly half of women in 57 developing countries are denied the right to decide whether to have sex with their partners, use contraception or seek health care. This lack of bodily autonomy has massive implications beyond the profound harms to individual women and girls: potentially depressing economic productivity, undercutting skills, and resulting in extra costs to health care and judicial systems.

The report shows that in countries where data are available:

The report also documents many other ways that the bodily autonomy of women, men, girls and boys is violated, revealing that:

The report shows how efforts to address abuses can lead to further violations of bodily autonomy. For example, to prosecute a case of rape, a criminal justice system might require a survivor to undergo an invasive so-called virginity test. Real solutions, the report finds, must take into account the needs and experiences of those affected. In Mongolia, for example, persons with disabilities organised to give direct input to the government about their sexual and reproductive health needs. In Angola, young people educated about their bodies, health and rights have been able to seek health care, use family planning, decline sex and petition for justice after sexual violence.

Read more and download the report State of World Population 2021 - My Body is My Own: Claiming the right to autonomy and self-determination at UNFPA website