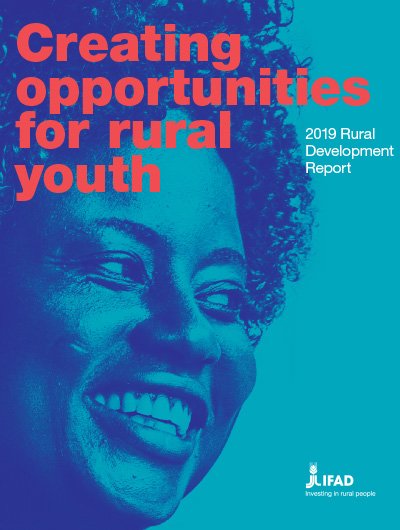 Effective policies and investments are urgently needed if the world's poorest countries are to offer a future to hundreds of millions of marginalised young people living in rural areas, according to a new report by IFAD.

The 2019 Rural Development Report – Creating opportunities for rural youth, which was published by the United Nations' International Fund for Agricultural Development (IFAD) in mid-June 2019, shows that about 500 million young people live in rural areas – roughly half of the youth population of developing countries.

This number rises to 780 million when semi-rural and peri-urban areas are included. These young people are prone to poverty and inequality and are held back by a series of constraints, including lack of training and skills, limited access to land and credit, scarce availability of inputs and restricted links to social Networks.

According to the report, the situation is of particular concern in sub-Saharan Africa, whose rural youth population is set to climb from 105 million in 2015 to 174 million by 2050 – a 70 per cent increase in countries that often lack the means to deal with the challenges ahead.

The report finds that among young people living in rural, semi-rural and peri-urban areas, 67 per cent live in areas with strong agricultural potential, although many have limited access to markets.

With greater access to skills training, markets, financial services and technologies, the report points out that rural young people could become more productive, connected and in charge of their own future.

But policy-makers need to act quickly to avert a bigger crises, warns the report, pointing to the impacts of climate change on agriculture generally and the need to seize opportunities presented by a digital revolution spreading across the developing world, balanced with the growing aspirations and demands of young people themselves.

In particular, the report emphasises that it is fundamental that youth policies be embedded in a broader rural transformation strategy and not be deployed in isolation.