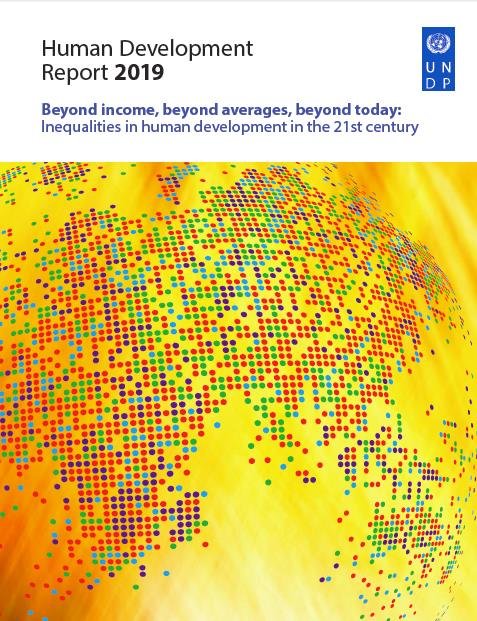 The latest edition of the Human Development Report takes a look at inequality. Business as usual will not solve a new generation of inequalities, it states.

his year’s edition of the Human Development Report (HDR), entitled Beyond income, beyond averages, beyond today: inequalities in human development in the 21st Century, was released by the United Nations Development Programme (UNDP) in December 2019.

According to the authors, the demonstrations sweeping across the world today signal that despite unprecedented progress against poverty, hunger and disease, many societies are not working as they should. The connecting thread is inequality, they say.

A new generation of inequalities is opening up, around education, and around technology and climate change -  seismic shifts that unchecked, could trigger a ‘new great divergence’ in society of the kind not seen since the Industrial Revolution, according to the report.

The report analyses inequality in three steps: beyond income, beyond averages, and beyond today. But the problem of inequality is not beyond solutions, it says, proposing a battery of policy options to tackle it.

Gender bias has grown in many countries

A new “social norms index” in the report says that in half of the countries assessed, gender bias has grown in recent years. About fifty per cent of people across 77 countries said they thought men make better political leaders than women, while more than 40 per cent felt that men made better business executives.

Therefore, policies that address underlying biases, social norms and power structures are key. For example, policies to balance the distribution of care, particularly for children, are crucial, says the report, given that much of the difference in earning between men and women throughout their lifecycle is generated before the age of 40.