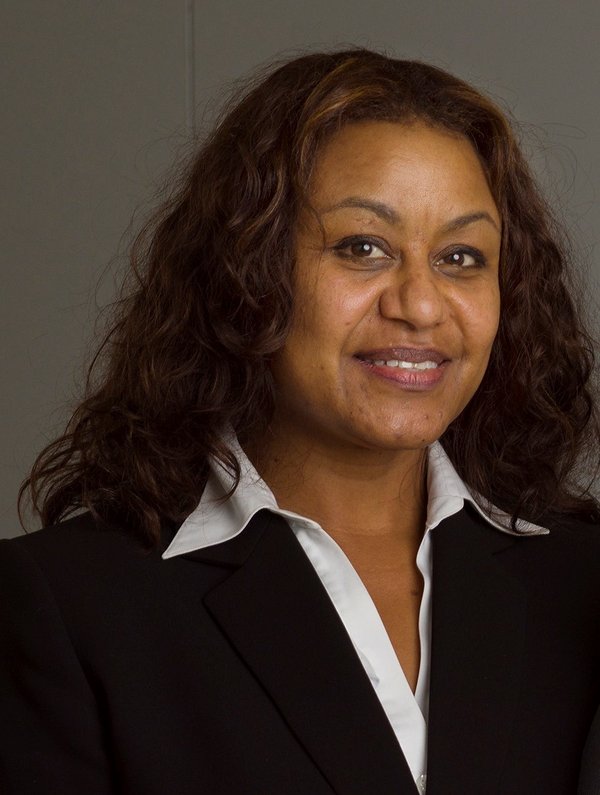 Sophie Gebreyes is Country Director of the Lutheran World Federation (LWF) in Ethiopia and based in Addis Ababa.
Contact: sophia.gebreyes@lutheranworld.org
Photo: Private archive

Rural 21: Ms Gebreyes, despite progress in poverty alleviation and hunger eradication, in the last two years, the world has seen a reversal in the trend towards food security, with the number of people suffering from hunger and the number of people in need of emergency assistance on the rise. What is the situation like in Ethiopia?

S. Gebreyes: As of February 2019, there are close to nine million – 8.86 million people, to be precise – needing humanitarian assistance and protection in Ethiopia. Out of these, 3.19 million, representing 36 per cent of the total number of people needing humanitarian assistance are internally displaced people, or IDPs, a situation that has earned Ethiopia the unenviable accolade of being ‘the country hosting the largest number of IDPs in the world’. While 3.19 million are displaced due to conflict-induced displacement, the remainder, an even higher number of people, are affected by recurrent climate-induced disasters including displacement.

What has the impact of these weather phenomena been like? And have you observed a worsening of the situation over the last few years?

Recurrent droughts and floods that are mainly due to El Niño and La Niña, two commonly experienced weather phenomena impacting Ethiopia, have repeatedly resulted in devastating impacts on rural livelihoods. While the two phenomena are natural cyclical occurrences that used to occur every eight to ten years, they now seem to happen every other year – 2016, 2017 and most probably 2019. The most severe impact is the recurring nature of the disasters, which do not allow enough time for people to recover and build resilience. The over five million people needing humanitarian assistance this year are residual caseloads from 2016 and 2017 droughts and floods, as 2018 was a relatively better year with normal seasonal rains.

Against this background, an approach synthesising development, humanitarian and peace policies seems more than appropriate. What has your experience been in this respect?

Like many NGOs, the Lutheran World Federation – LWF – is also challenged to implement the nexus as it is dependent on the current funding arrangements, which, more often than not, are short-term and highly compartmentalised, preventing NGOs from linking humanitarian with development and security/peace initiatives. Often, humanitarian assistance is solely for live-saving activities, not allowing early recovery type and resilience-building activities to help affected households and communities build back better. Once the humanitarian funding runs out, there is no longer support to link development activities and peace initiatives. Planning for the specific segments of the nexus is not coordinated and remains highly restrictive.

How would the responses of the government and the international community have to interact in order to effectively counter the crises? And how can the nexus approach help in this context?

As mentioned before, the number of displaced persons is staggering with 3.19 million internally displaced and close to 900,000 refugees from neighbouring countries hosted in Ethiopia. This means a total requirement of 1.314 billion US dollars for nationals in need of humanitarian assistance and 643.4 million US dollars for refugees. The Ethiopian Government is doing its best, although there is a great need for the international community to support the Government in addressing the prevailing humanitarian crisis. The challenge is to look beyond the humanitarian response, to  have a long-term perspective, to develop a strategy that is grounded in disaster risk reduction and combined with a concrete strategy to involve development initiatives. Such a ‘nexus’ approach would go a long way in building the adaptive capacity of communities to withstand shocks and build resilience.

What would you especially wish from the donors?

Donors should be flexible, so that not only life-savings activities are funded but also disaster risk reduction activities – along the lines of the Sendai Framework for Disaster Risk Reduction. Also, development and peace-building initiatives have to be coordinated and/or integrated to effectively build on the gains from humanitarian initiatives.

Resilience-building is key to increasing the population’s capacity to withstand shocks. Could you give a brief account of what effects the Rural Resilience Initiative has had so far?

The R4 Rural Resilience Resiliency is a very good initiative bringing an innovative approach
to managing risks. It goes beyond just being reactive to being predictive and pro-active.
It is a multi-stakeholder initiative bringing together multi-lateral organisations such as the
World Food Program, local NGOs like the Relief Society of Tigray, international NGOs such as Oxfam America, private sector organisations like Swiss Re, and public sector organisations
such as the Ethiopian Meteorological Agency and academia. The initiative’s main objective is to increase food security and climate resilience for vulnerable rural households by integrating disaster risk reduction, micro-insurance, livelihoods diversification, credit and savings into productive safety net programmes.

Where do you see the biggest challenges for the future?

As you know, Ethiopia is among the world’s least developed countries, which bear the brunt of the effects of climate change despite having contributed very little to global greenhouse gas emissions (GHG). Nevertheless, Ethiopia is committed to transition to a low carbon economy and in that regard has developed an ambitious Climate-Resilient Green Economy (CRGE) strategy, including Nationally Determined Contributions/NDCs and a National Adaptation Plan/NAP. However, their implementation is not going as planned owing to the setbacks mentioned above and overriding political priorities. Even in peacetime, these strategies and implementation guidelines would only become a reality with a healthy dose of financial and technical support from governments in industrialised countries like Germany.

At the same time, Ethiopia also aims at becoming a middle income country by 2025 through rapid industrialisation. It is registering the fastest growth on the continent with an 8.49 annual growth rate. Such growth must be directed to a greener and cleaner economy that would require a well-planned just transition that engages multiple stakeholders including the public, private and civil society actors. Marrying these two ambitions will be a massive undertaking, but one that is worth investing in. If international support for adaptation to climate change and just transition is lacking, it will derail Ethiopia from its well-intentioned track to meet the 2°C global warming limit and the 1.5°C aspirational goal of the Paris Agreement.

So much for the climate goals. What about the humanitarian situation of the IDPs? Is the existing legal framework a sufficient basis to solve the problem in the long run?

Internally-displaced persons are supposedly covered by national, human rights and international humanitarian laws, but the challenge has always been the enforcement of these laws in nation states. There are conventions such as the Kampala Convention that Ethiopia has signed but not yet ratified. The ratification, domestication and implementation of these various instruments, in the context of the African Peer Review Mechanism, would be important for the protection of IDPs on the continent. At the global level, a new binding international law for internally displaced people is needed.