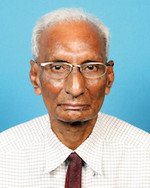 Without healthy soils, life on Earth would be unsustainable, as UN Secretary General Ban Ki-moon declared with a view to the International Year of Soils. Our author highlights some features of soil management in India and suggests aspects of a Strategic Action Plan in this regard.

India has about 18 per cent of the world’s human population and 15 per cent of its livestock population, supported however by only two per cent of world’s geographical area and 1.5 per cent of forest and pasture land. Out of 328.7 million hectares of India’s geographical area, 142 million hectares is net cultivated area, about 57 million hectares (40 %) of which is irrigated and 85 million hectares (60 %) rain-fed. Intensive agriculture for increasing food production has caused problems of nutrient imbalance, with an annual ten million tons of soil nutrients being mined and annually depleting soil fertility. Furthermore, deficiencies of secondary and micronutrients are emerging, the water table level and water quality are declining, and organic carbon content is decreasing, while intensification is also promoting soil erosion and degradation, leading to an overall deterioration of soil health.

Use of fertilisers – does much help a lot?

India is the second largest producer and consumer of nitrogenous fertilisers and the second largest consumer of phosphatic fertilisers in the world, after China and USA. However, consumption of 144 kg of NPK (nitrogen, phosphorous, potassium) per hectare in 2010–11 was far less than in China (289 kg) and Bangladesh (197 kg) in particular. It is estimated that ten million tons of plant nutrients is removed by various crops in excess of what is being applied in the form of fertilisers in India. The level of nutrient consumption is at nearly 24.5 million tons. The National Academy of Agricultural Sciences has estimated (2009) that for meeting the country’s food requirement by 2025, India would need to increase nutrient supply to over 45 million tons. Out of this, 35 million tons should come from chemical fertiliser sources and 10 million tons from organic sources.

Generally, an NPK consumption ratio of 4:2:1 in India is considered desirable, based on the recommendation of 120:60:30 kg NPK/ha for wheat/rice. However, the NPK use ratio varies widely in different geographical regions of the country, so that there are strong deviations from the ratio best suited to the soil conditions for the proposed crop. Indian soils in general are observed to be deficient in these primary nutrients (as well as in minor/secondary nutrients [sulphur, calcium and magnesium]) and in micro nutrients (boron, zinc, copper and iron, etc.) in most parts of the country. These deficiencies proved to be a limiting factor in India’s efforts to increase crop productivity. A comprehensive study by ICAR on micronutrients and toxic and heavy metals across the country revealed zinc deficiency in as many as 48 per cent of soil samples, followed by boron (33%), molybdenum (13%), iron (12%), manganese (5%) and copper (3%). While a large number of farmers in India are familiar with using chemical fertilisers involving major nutrients (N, P, K), they are unaware of deficiencies of micronutrients in their individual farms. Under micronutrient-deficient situations, the application of major nutrients alone does not yield the results expected. Therefore, individual farmers should get their farm soil scientifically tested and analysed in order to correct the deficiencies of specific micronutrients in time, through the application of chemical fertilisers and organic manure carrying these micronutrients.

Use of organic manures recommended

The use of chemical fertilisers alone for a long period produces adverse and unfavourable effects on physical, chemical and biological properties of the soil and the environment. To avoid this, it is always desirable to use specified chemical fertilisers along with organic manures in the prescribed proportion. This approach improves fertiliser use efficiency and enhances the cost-benefit ratio. Although carrying low nutrient contents, organic manures produce favourable effects on soil properties. ICAR studies on cereal-based cropping systems revealed that 25 to 50 per cent fertiliser requirement in terms of NPK for monsoon-season crops can be curtailed with the use of adequate farmyard manure (FYM), Sesbania green manure and crop residues under different situations. Furthermore, experiments conducted on cultivators’ fields by ICAR demonstrated beneficial effects of integration of chemical fertilisers with green-manuring or FYM, as the total productivity of the cropping systems involving cereals, oil seeds and cotton increased by seven to 45 per cent over farmers’ practices in different agro-ecological regions. In sugarcane-based cropping system, integrated use of sulphitation press mud, cane trash and bio-fertilisers, each with inorganic fertilisers and green-leaf manuring, brought 20 to 50 per cent savings in nitrogenous fertilisers applied to sugarcane by improving the efficiency use of N, P and other nutrients. The Indian Institute of Soil Science, Bhopal and many State Agricultural Universities have reported similar results.

The Indian government has taken various measures to support the balanced use of fertiliser and promote soil health. They include the setting up of a large number of soil testing laboratories (STL) and fertiliser quality control laboratories (FQCL). In addition, two comprehensive programmes have been launched:

National Project on Management of Soil Health & Fertility: Soil testing is important in diagnosing the status of the physical, chemical and biological properties of the soil and in assessing the quantum of available nutrients and the productivity and fertility of the soils. India has 120 million farm holdings which need a soil analysing capacity of 40 million samples annually since each holding will require soil testing once in three years. This necessitates a massive expansion of the existing soil testing programme throughout the country. As recommended by the Task Force on Balanced Use of Fertilizers, the "National Project on Management of Soil Health and Fertility” (NPMSF) was launched in 2008–09. The NPMSF primarily aims at facilitating the implementation of Integrated Nutrient Management and balanced use of chemical fertilisers. To achieve this, the existing network of soil testing laboratories is to be extended; in addition, the quality of fertilisers is to be ensured and a site-specific data-bank for balanced use of fertilisers to be created. Also, the preparation of digital district soil maps (using Global Positioning System) and a soil fertility monitoring system by ICAR/State Agriculture Universities is planned. As of end-March 2013, 1,206 soil testing laboratories (STL) were established in the country, with an annual analysing capacity of 12,831 million samples.

Soil health management programme: Under the National Mission for Sustainable Agriculture, established in 2012–13, the Government is implementing a soil health management (SHM) programme which aims at promoting integrated nutrient management and organic farming (which differs considerably from the NPMSF currently under implementation since 2008–09- In fact, the two programmes are complementary. The components of the SHM include.

Based on soil test and analysis, in 2012–13, the Government also approved providing Soil Health Cards (SHC) to farmers indicating soil nutrient status of their farms and crop-specific recommendation on the amount of nutrients to be applied. SHCs will be issued every three years to all farmers for all their land holdings. The Government had planned to issue SHCs to all farmers in the major 15 States, accounting for 100 districts that consume 50 per cent of the total fertilisers in the country, by July 2013. By 2016-17, Government expects to provide 140 million SHCs for which 100 mobile STLs would be established. To date, Soil Health Cards have been issued to 40.8 million farmers.

What has to be done?

Despite the above-mentioned positive results, field studies of the NPMSF have revealed several shortcomings of the scheme. A Strategic Action Plan is needed sharply focusing on the aspects below to yield expected results by end of March 2017. Agriculture being a State matter, different States adopt policy and programmes that suit to their needs and are tailored to the availability of financial and manpower resources. The strategic action plan suggested in this article highlights the focused aspects that each State can consider to adopt based on the field level experiences and that are more or less common and comprehensive. With 2017 being the final year of the Twelfth Five Year Plan (2012-17) currently under implementation, March of that year should be the deadline by which all States can consider efforts and resources to achieve the objectives of the SHM and the NPMSHF. States should appreciate the objective for which 2015 has been declared the International Year of Soil and during which concern and commitment must be demonstrated to review the progress and complete the task before the deadline of the Five Year Plan.

Often, soils are treated with excessive use of chemical fertilisers to extract more and more yields. Unfortunately, India’s fertiliser policy is skewed against soil health. Farmers today use substantial amount of urea, a fertiliser only carrying nitrogen, because it has been significantly subsidised as compared to phosphorus and potassium. Farmers believe and like to be compensated more by the use of urea when they lose on phosphorus and potassium [because of higher open market price]. In this process, they have already distorted and continue to distort the healthy nutrient balance in soil severely affecting the carbon balance, leading to all the subsequent soil-related problems. This calls for an immediate policy intervention.

The existing wide gap in disseminating the scientific knowledge on soil health management from research institutions to soil testing laboratories, extension staff and farmers must be bridged.

Massive awareness among all farmers must be raised to get soil tested and analysed; they have to be trained to use balanced fertilisers and Integrated Nutrient Management through field demonstrations to convince them of the economic benefits and gains and make them properly understand the issue.

Soil health cards should be provided to all those who do not have them yet; with those who have already been issued cards, a follow-up should be installed to assess the outcome and resolve if they have any problems.


Monitoring-cum-Concurrent Evaluation studies should be conducted through systematically drawing up plans village-wise to ensure that farmers are using the soil health cards for the purpose for which they are issued and assess the economic benefits of the NPMSF.

A robust Management Information System should be installed to ensure effective implementation of the NPMSF, assess the economic benefits realised and initiate remedial measure if there are any problems.

Effective use should be made of print and electronic media to create awareness for soil health management in each village and ensure that the targeted number of STLs, mobile STLs and FQCLs are established and strengthened and staff trained for capacity building.

In each district, an Action Research Project should be conducted to understand ground realities of the implementation of the NPMSF and prepare case studies on the successes or failures of the NPMSF at farmer’s level which can be shared with farmers in other districts.

The NPMSF under implementation since 2008–09 and being supplemented by the SHM from 2012–13 can only be successful with effective institutional co-ordination (horizontal and vertical) at all levels right from the grassroots villages to the Union Ministries, concern and commitment of elected legislators, good governance and accountability of implementers and effective participation of media to launch an aggressive campaign during the ensuing season of crop cultivations to carry the right message to farmers.