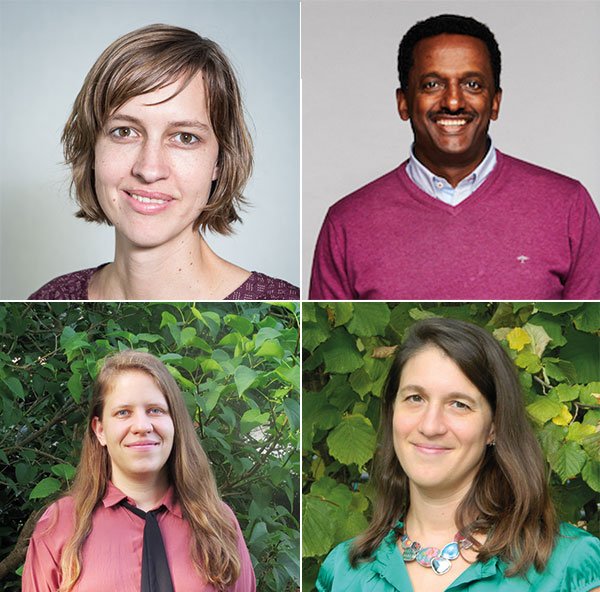 Once again, Africa is used as a justification to push for bad legislative change in Europe

An article in our 3/2019 edition focusing on “Plant breeding for food security” examined the potential of New Plant Breeding Technologies such as CRISPR/Cas. However, our authors maintain that important aspects were ignored in that article, and that once again, it presents a seemingly “all-knowing North” attitude. Here is their opposing view.

On the 25th July 2018, the European Court of Justice (ECJ) issued a ruling stating that organisms obtained by new genetic engineering (GE) techniques, specifically directed mutagenesis techniques, are to be regarded as genetically modified organisms (GMOs). As a consequence, these organisms fall under Directive 2001/18 and will have to be regulated as GMOs, and resulting products will have to be labelled as such.

In their article published in Rural 21, Volume 53, Purnhagen and Wesseler do not leave any doubt: they consider the ruling of the ECJ and the regulation of new GE techniques under GMO law as absolutely unfavourable. They correctly state that the ruling by the ECJ is not a ban on new GE techniques, as it is often wrongly being portrayed. Neither is it a ban on research. They do however warn against possible additional costs arising from the GMO approval process and lament presumed indirect negative effects on Africa. In this article, we argue why the ECJ ruling is important to ensure consumer rights as well as environmental and animal protection, and why new GE techniques will fail to eradicate world hunger.

Why do we need a strict regulation of new GE techniques?

Purnhagen and Wesseler falsely claim that the ECJ ruling increases legal uncertainty regarding the new GE techniques, while in fact the opposite is true. With the ECJ ruling, we finally have legal certainty that these techniques are indeed GMOs. The uncertainty mentioned is political. Proponents of exempting products of new GE techniques from regulation often argue that the technique is more precise than random mutagenesis and that some products could also have been developed with conventional breeding methods (albeit more slowly). While it is true that new GE techniques such as CRISPR/Cas can induce cuts at a pre-selected, non-random location, the article fails to mention that precise does not mean safe. For example, we still don’t understand exactly how the cell repairs these cuts. The repair mechanisms themselves can lead to errors.

Recently, the US Food and Drug Administration (FDA) accidentally found that in the case of the poster child of new GE techniques, the hornless cows, not only the intended edit, but also the whole plasmid (the bacterial DNA vector carrying the gene editing tool and the gene of interest) was integrated into the target location of the calves. The findings of the FDA scientists raised biosafety issues since the plasmid included genes conferring antibiotic resistance as well. Concerns were expressed that these genes could be taken up by bacteria present in the gastrointestinal tract or the body of the calves. The FDA scientists assume that such errors are “…under-reported or overlooked”. If new GE techniques were exempted from regulation, such and other errors could in the future go unnoticed – with unpredictable consequences for the environment and animal and consumer health.

When it comes to the regulation, Purnhagen and Wesseler rely on the agro-industrial approach, which suggests moving from a process to product-based legislation. They claim that products of genome editing are not distinguishable from natural mutations and are thus impossible to trace, the conclusion then being that there is no need to regulate them as GMOs. This means that farmers and consumers would have to face a situation where products of the new techniques could be released into the environment and the food chain without any traceability and labelling requirements.

However, there are no legal or scientific reasons to exempt new GE techniques from these requirements, and any attempt to do so would be a denial of the precautionary principle and a restriction of the consumer’s freedom of choice. Tracing products of new GE techniques must not necessarily be costly, as claimed by the agrobusiness sector. If companies are obliged by law to provide information about the modified genomic sequence along with certified reference material and a validated identification method, identification can, in most cases, be performed as a matter of routine, as has been done with classical GMOs. Identification of the products of the new techniques is even possible in special cases, when reference information is missing (e.g. illegal imports, contamination), by combining all available information such as declarations of origin, international databases and specific signatures the techniques cause in the genome. The so-called matrix approach, the principle behind biometric methods for digital fingerprint identification, makes even the identification of small point mutations possible. Thus, the costs of traceability only depend on a political decision: for a cost-effective solution, products of the new techniques must be strictly regulated as GMOs.

Agrobusiness or agroecology for food security?

Purnhagen and Wesseler claim that new GE techniques may help with a number of challenges African agriculture could be facing in the future. To underline this claim, however, they almost exclusively draw on examples of old transgenic GM crops, such as pest and herbicide tolerant crops that are mainly useful for large-scale industrial agriculture. The assertion that smallholder female farmers get empowered thanks to the use of total herbicides in combination with herbicide resistant GM crops seems particularly provocative in this context. The opposite is true. Pesticides have caused innumerable cases of poisonings resulting in invalidity or death. While it is mainly men who are affected, women are often left behind alone, have to bear a double workload, and are hence not empowered by the use of herbicides. The authors also fail to mention other massive problems that these crops have caused not only in Africa but also in Asia, Latin America and the US, including the development of herbicide resistant superweeds and an associated increase in herbicide use in the US, secondary pest outbreaks and farmer suicides in Asia or decreased product quality in Africa (see Box at the end of the article). Instead, they state that these and similar traits could be developed with the new techniques. The overall message is obvious: more of the same.

However, over the past 30 years, the global trade-based agricultural and food system has failed to eradicate world hunger and to provide fair access to food. It is well known that hunger and food insecurity is above all a poverty, access and distribution problem, and less of a production problem. The new GM techniques will not change this. Tested in the laboratory under optimal conditions for optimal yields, the organisms are designed as high-performance plants. To correspond to the lab, the conditions in the field must be standardised, which results in monocultures with high use of chemical fertilisers and pesticides. In addition, varieties bred with new GM techniques are likely to be covered by intellectual property rights, plant variety protection or patents, so that companies will have a return on investment. This makes access to such high-priced seed extremely difficult for farmers, especially where smallholder agriculture dominates and the threat of hunger and poverty is greatest.

New GE techniques are all part of one and the same global business model, a model that will hardly contribute to the achievement of the Sustainable Development Goals (SDGs) defined by Agenda 2030. The majority of the international community today agree that our agricultural and food systems must change dramatically. The Green Revolution, which is presented by Cymmit’s Director-General Martin Kropff as what is probably the only solution, has led to a dead end. A second Green Revolution by CRISPR/Cas, as predicted by Kohli et al., therefore does not raise any positive expectations. The FAO refers to agroecology as one key approach for the paradigm shift needed in our agriculture and food systems.

Agroecology supports the promotion of farmer-managed seed systems. Humanity owes the genetic diversity that is indispensable for a sustainable food production and for plant breeding to the world’s farmers. For thousands of years, they have bred, cultivated and exchanged seeds and adapted them to local environmental conditions. These also include seeds with traits such as drought resistance or soil salinity resistance, often used to justify the use of new GE techniques. Farmers manage seed systems, preserve and multiply indigenous varieties and thereby conserve the huge genetic diversity. Farmers’ seeds diversity and the agroecological production of food allows a rich diet of different crops and vegetables. The contribution of agroecology and farmer-managed seed systems to end hunger and reduce poverty is huge and already proven. Let us promote these two approaches in order to finally herald sustainable development as called for by Agenda 2030.

Africa can think for itself!

Everybody has a solution for Africa. What is not happening is asking African food producers and citizens what is best for them. We are told in the article discussed above that we need new GE techniques, or what its authors call ‘New Plant Breeding Technologies (NBPTs)’, to feed ourselves. Purnhagen and Wesseler imply that the 2018 ruling by the European Court of Justice, which classifies organisms obtained by new GE techniques as GMOs, endangers food production in Africa. Applying GMO regulation to these organisms, they say, puts more burden on companies and governments as it increases regulatory costs, as well as the costs of tracking and tracing the genome-edited products. The big question is, why should Africa care? Are these technologies proven to be essential for Africa?

A recent ruling by the South African government, a country where large-scale GMO-based farming and commercialisation is much more advanced, rejected the claim by Bayer that water-resistant maize for Africa (WEMA) is much more productive and drought-resistant. The government did not find any significant difference between conventionally produced maize and WEMA in terms of productivity or drought resistance. The article further advocates the use of transgenic Bt crops in Africa. It is however known in South Africa that Bt maize does not work for small-scale farmers. The article further fails to mention that Burkina Faso abandoned Bt cotton in 2016 after a major decline in important quality characteristics or that the country experienced a 20 per cent rise in cotton output after abandoning the GM variety. The authors also encourage Africa to plant herbicide tolerant GM varieties. Obviously, they are talking about glyphosate-based herbicides, including Roundup, which has been found to be carcinogenic by the International Agency for Cancer Research (IARC) and impacts our endocrine system. So why are the authors advising Africa to endorse failed and dangerous products? Why should it be bad for an African country to carry out a serious risk assessment before a product comes onto the market? Why should the consumer freedom of choice in Africa, in contrast to Europe, not be granted by labelling products obtained by new GE techniques? Is there perhaps any fear that promising new markets in Africa could shut themselves off from northern agro companies? The answer might be much more insincere, and, we are afraid, racial. It emanates from a deeply founded belief that Africa cannot think for itself. Putting the products of new GE techniques on a par with conventionally crops morally shames European legislatures.