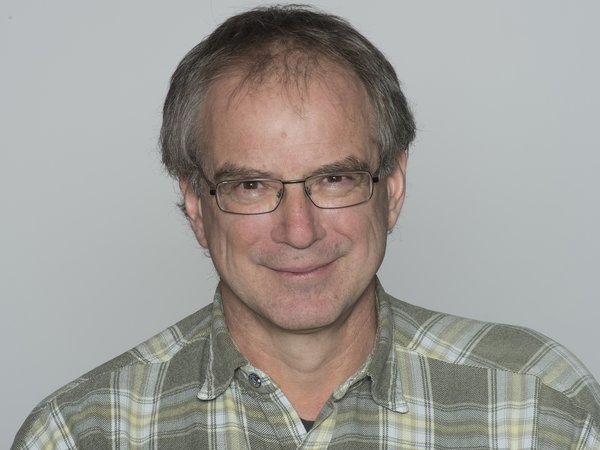 Michael Brüntrup works as a senior researcher at the German Development Institute in Bonn, Germany.

Land rights form the base of land management in the world and pave the way to a sustainable or unsustainable land use. In the context of the World Bank’s land and poverty conference, which took place in March 2019, our author depicts the evolution of land governance issues in the last two decades and their impacts on small-scale farmers and beyond.

The World Bank celebrated the 20th anniversary of its Land and Poverty conference in Washington D.C./USA from 25 to 29 March 2019. When the series started 20 years ago, the land issue was not high on the international agenda. The focus at that time was on securing land rights for smallholder farmers, obtaining credit for agricultural growth, increasing income, lowering poverty and economic resilience. It was a time when agricultural prices were as low as interest in farmland and in other agricultural and food issues, in developing and developed countries, including in development assistance.

Then came the global food price crisis in 2007/2008, soon after the financial crisis. Both crises triggered a renewed global interest in land on all continents, for production and for speculation. Many countries experienced rushes to land, and the phenomenon of land grabbing made it to the headlines in the media across the world. More generally, discussions restarted about the appropriate size of agricultural units, particularly smallholders versus large holdings. It became clear that better land governance was needed to protect the smallholder farmers and other poor people using land-based natural resources against loss of access to these resources, but also to improve and clarify conditions for land acquisitions by investors as well as farmers who want to grow. The declaration of the Voluntary Guidelines on the Responsible Governance of Tenure of Land, Fisheries and Forests in the Context of National Food Security (known as the VGGT) by the Committee on World Food Security (CFS) in 2012 was a landmark in that regard.

However, this was not the end of the “land story”. At least six more phenomena add to an increasing focus on land, and this year’s lead theme at the World Bank’s Land and Poverty conference, ‘Catalyzing Innovation’, hints to another cross-cutting topic that will influence land governance profoundly. The conference, in which more than 1,500 participants from governments, academics, civil society and the private sector discussed the latest research, general trends, achievements and setbacks around land governance in the world, is a good mirror of the growing and changing attention given to land issues.

Land is key to political stability and security

The quest for safeguarding biodiversity through area protection following, for instance, the Aichi target of protecting at least 17 per cent of the landscape brings environmentalists and the tourism industry up against farmers and local communities. It has been increasingly (re)discovered that land is key to political stability and security. For example, the 2012 UN report Toolkit and guidance for preventing and managing land and natural resources conflict states that “land issues have played a significant role in all but three of the more than 30 intra-state conflicts that have taken place in Africa since 1990”. Also at individual level, land issues are dominating conflicts in Sub-Saharan Africa. Even land redistribution has been back on the agenda in at least some countries (e.g. South Africa, Colombia), following a global hype in the 1960s and 70s with very mixed experiences. Booming urbanisation often creates chaos in the peripheries and a lot of losers, such as informal squatters who are displaced (but also winners, e.g. investors and formal industries, and their workforce, in need of land or farmers who can sell agricultural land at very high prices) and uncertainty particularly in countries with weak land rights. Not only is a fair distribution of gains and losses necessary, but also urban planning requires secure land rights, transparent planning processes and fair transfers. Land is increasingly seen as a source for taxation in the international quest to increase the rate of government revenue.

Digitisation of land use management

The theme of the World Bank conference hints to another megatrend, that fosters interest in land: innovations, in particular Information and Communication Technology (ICT). What has been handled manually and at great costs of measuring and registering in rich countries for centuries now sees a wave of technologies to facilitate, improve, accelerate and automate the processes involved. High-resolution satellite and aerial pictures by planes and drones, smart hand maps emerging from participatory or other planning exercises, platforms with easy access by many stakeholders, graphical surfaces, high-precision nets of global positioning systems and mobile telephone networks combined with cheap devices all contribute to the rush of national and local administrations, donors and civil society organisations to use the new technologies to delineate land property, land use and land use planning.

Property rights and their impact on the most vulnerable

Overall, there is a clear trend to individualise land tenure, particularly in Sub-Saharan Africa, where formally, the state is often the major owner, while informally it is traditional chiefs, clan and larger family chiefs. One can also observe the integration of common (communal, traditional) rights into the mapping exercises. In the long run, clear individual property rights are arguably a peace-enhancing, instrument protecting the weak which improves investment, construction, production and sustainability of land use. However, the process of individualisation bears many entry points in the short and medium term that stronger segments of society use to override the weaker ones, such as the involved uncertainty, the unequal knowledge and the costs of registration. One group at risk is women, who do not have ownership of land in many traditional societies (at the conference, cases of exclusion of men in matrilineal societies, e.g. in Malawi, also emerged), pastoralists (who often do not have the notion of and traditional need of land of their own), and local migrants. Also, within families, there are risks of systematic discrimination along local inheritance laws.

The new land governance processes need a lot of deliberate attention to these risks. Difficult decisions and trade-offs have to be made. A multi-stage process with gradually increasing strength of private rights and reserving sufficient public and common land to compensate latecomers ought to be the way forward. Also, it is to be hoped that government taxation interests do not override the need for better land governance of rural populations, although (moderate) taxation of larger (agricultural) land holdings could possibly be the best measure against land grabbing for speculative purposes.