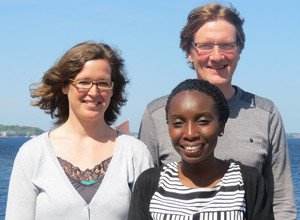 Despite some undeniable successes over the last decades, progress towards achieving food security and eradicating hunger in developing countries has not lived up to expectations. In large parts of sub-Saharan Africa and South Asia, the two regions with the highest incidence of undernutrition, the Millennium Development Goal (MDG) of cutting hunger by half will not be met. Our authors Ruth Delzeit, Kacana Sipangule and Rainer Thiele (f.l.t.r.) from the Kiel Institute for the World Economy argue for a particular focus on food security in the current G7 agenda.

In 2012-2014, about 805 million people in the world, or one in nine, were suffering from chronic undernourishment (United Nations Food and Agriculture Organization, 2014). To meet the future demand of a growing world population with rapidly changing consumption patterns, it is estimated that agricultural production needs to be increased by 70–110 per cent until 2050. Some of this will be achieved through the expansion of croplands, but in order to save ecologically fragile and valuable areas such as tropical forests, most will have to come from productivity gains on existing cropland. Land productivity has indeed improved considerably over the last six decades, but although food production has doubled, agricultural land use has increased by only 10 per cent.

Also, progress has been very uneven, and in several regions, agricultural yields and production stability are now additionally threatened by a changing climate. The regional variation in agricultural production potentials is illustrated in the Figure below. It shows a large gap between current yields and maximum attainable yields (in tons per hectare) for developing countries, most notably sub-Saharan Africa (AFR), whereas industrialised regions such as Germany (GER) or the United Kingdom (UK) are already close to realising their maximum potential yield. Sub-Saharan Africa is also expected to be seriously hit by climate change.

As shown below, the highest absolute net decline in areas suitable for agricultural production is found in sub-Saharan Africa, even though some areas close to the equator benefit from a changing climate (see green coloured pixels), as do regions in the northern hemisphere such as Canada and Russia. 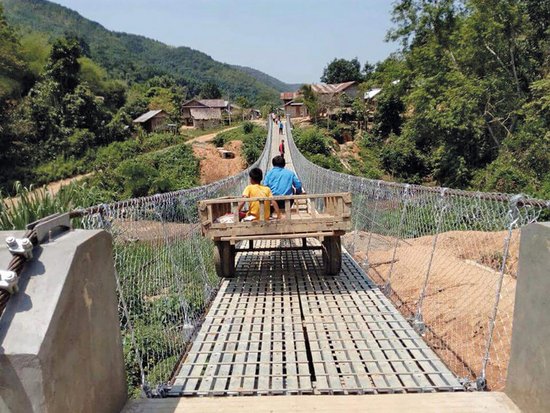 Climate change not only alters the suitability of land for agricultural production; agricultural yields are also affected by larger variations in temperature and precipitation. On average, global potential yields on existing cropland are expected to decline by about three per cent under climate change by 2030. The negative effects in sub-Saharan Africa are again much stronger, with climate-induced decreases in average potential crop yields of almost 30 per cent. Major staple food crops produced in sub-Saharan Africa, such as cassava and maize, bear the brunt of these losses, which points to severe consequences of climate change for the region’s food security.

In addition to production potentials, the evolution of agricultural prices is another key determinant of food security, because poor people’s food demand is to a considerable extent met through purchases on markets. Our scenario analysis indicates that, compared to 2007, global average prices of important crops are supposed to increase tremendously until 2030. In the absence of climate change, the global average wheat price would rise by about 150 per cent, while the price of soybeans would almost double. This is mainly driven by higher demand for animal products due to higher incomes in most regions. Projected agricultural price increases for sub-Saharan Africa are below the global average, but are still in the range of 130–139 per cent. Climate change causes agricultural prices in sub-Saharan Africa to increase by an additional 8 per cent. By contrast, if farmers were able to close the existing yield gaps by 5 per cent, agricultural prices would drop by about 60 per cent.

This last scenario illustrates that even with modest reductions in existing yield gaps, large absolute improvements in food security could be achieved. This position paper highlights seven key areas that should be prioritised by the German G7 presidency as it sets out to improve food security under a changing climate. 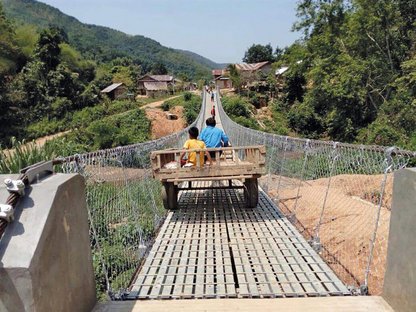 1. Support existing efforts that emphasise the integration of local knowledge and modern agricultural research. Understanding of local and traditional practices is fundamental for ensuring food security. Policies that support a general ‘one size fits all’ approach will not be sufficient to realise reductions in yield gaps, as the effects of climate change will not be uniform across regions. The newly established Agriculture Innovation Centre initiative by the German Federal Ministry of Economic Cooperation and Development is a good example of an initiative that incorporates local knowledge and frontier agricultural research. The US Government’s Feed the Future Initiative that was introduced to address global hunger and food insecurity equally engages in close collaboration with partner countries to ensure that local knowledge can be used to generate innovative approaches to raising food security levels and income level. Moreover, there have been several EU-funded projects such as the Joint Learning in Innovation Systems in African Agriculture (JOLISAA) and Including Smallholders in Agricultural Research (INSARD) that have focused on incorporating innovation and the local knowledge of smallholders into agricultural research. Priority should be given to build on these already existing initiatives.

2. Provide targeted support for the dissemination and adoption of agricultural and technical innovations. Promoting the development of agricultural research institutions is just one side of the story. If agricultural productivity potentials are to be achieved, priority should also be given to targeted support for poor farmers to increase their adoption of the technological solutions developed in agricultural research institutions. A large number of poor smallholders do not achieve their expected agricultural potentials because of a lack of information on cultivation, harvest storage and marketing conditions. Agricultural extension services will play a vital role in disseminating agricultural information that enables smallholders to deal with the impending challenges associated with climate change.

4. Prioritise adaptation funding for the agricultural sector within the Green Climate Fund.  Emissions from agriculture, forestry and other land use (AFOLU) make up about 24 per cent of anthropogenic greenhouse gas emissions. They have doubled over the last five decades and are expected to further increase by an additional 30 per cent if no measures are undertaken to reduce them. The IPCC concludes that “Policies governing agricultural practices and forest conservation and management are more effective when involving both mitigation and adaptation”. The Green Climate Fund is poised to become the largest multilateral institution providing climate adaptation finance.  Although the fund regards increased food security as one of the intended impact areas, it does not link food security to changes in agricultural productivity. Increasing the amount of funds earmarked for smallholder adaptation to climate change is of utmost importance since it will have immediate consequences for food security levels by raising the productivity of poor farmers. The G7 has a long history of prioritising food security and climate – Germany now has the opportunity to make the critical link between the two. This link needs to be reflected in the funding choices and priorities of the Green Climate Fund as the major international climate financing institution.

5. Prioritise programmes that support poor farmers such as weather index-based insurance and cash transfers. Larger variations in temperature and precipitation reduce farmers’ willingness to invest in productivity enhancing technologies, which further increases food insecurity levels and income losses. Weather index-based insurance is one of the tools that are advocated to reduce weather related risks faced by poor smallholders. This insurance links insurance premiums with rainfall variability. Results from pilot programmes show that weather index-based insurance has the potential to compensate poor smallholders facing weather shocks, but that uptake of this kind of insurance has been fairly low so far. If it can be increased e.g. through information campaigns, the instrument can be used as a complementary tool to mitigate the detrimental effects of climate change.
In addition, social safety nets will play a vital role in ensuring that the poor reach adequate levels of food security. Priority should be placed on cash transfers that increase the purchasing power of the poor. In the last decade, cash transfers have garnered a lot of attention from the international development community due to their positive multiplier effects that improve food security and the socio-economic situation of households.

6. Initiate reforms on price-enhancing biofuel subsidies with a clear view on food insecurity reduction. As illustrated above, rising food prices are likely to undermine food security levels. Although its magnitude is debated, one of the causes of the food price increases in recent years has been the provision of biofuel subsidies to producers in developed regions. Biofuel subsidies create pressure on agricultural land and introduce competition between crops grown for fuel and consumption purposes. The removal of biofuels subsidies has long been recommended in reports preceding the G8 and G20 summits, yet very little has been done to curb the effects of these subsidies on food prices. We urge the G7 presidency to initiate reforms on these price-enhancing subsidies with a clear view to food security.

7. Call for a greater representation of smallholders in the partnership of the New Alliance for Food Security and Nutrition.In the last three years, the New Alliance has focused on increasing private investments into its countries of operation and has generally neglected policies that are aimed at directly improving the agricultural productivity of poor smallholders. The rationale behind this is that private investors will provide employment, infrastructure and other trickle-down effects that will improve smallholder welfare. However, with nearly two-thirds of African farmers engaged in smallholder agriculture, it is prudent for any strategy that aims to raise their productivity levels not only to rely on the potential spillover effects of large-scale agriculture but to also directly target smallholder farmers. Currently, three farmers’ organisations and one civil society organisation are members of the New Alliance on Food Security and Nutrition’s Leadership Council. While this is a step in the right direction, greater smallholder representation is essential to ensure that the New Alliance is not biased towards the needs of large-scale and commercial farmers.

As the world gears itself for the Post-2015 Development Agenda and the COP21 or United Nations Climate Change Conference, the challenge of achieving food security under a changing climate will be a core component of global governance and diplomacy over the coming years. With 805 million people still suffering from undernutrition and the looming threat that climate change might worsen the situation through adverse effects on agricultural potentials in developing countries, there appears to be a moral obligation for the international community to act on this.

The 2015 G7 presidency offers Germany the unique opportunity to build on the G8’s past efforts in food security and agriculture, addressing the world’s growing and critical challenge to feed itself, and to do so sustainably under a changing climate.

The authors would like to thank the Bill and Melissa Gates Foundation for financial support for the study.