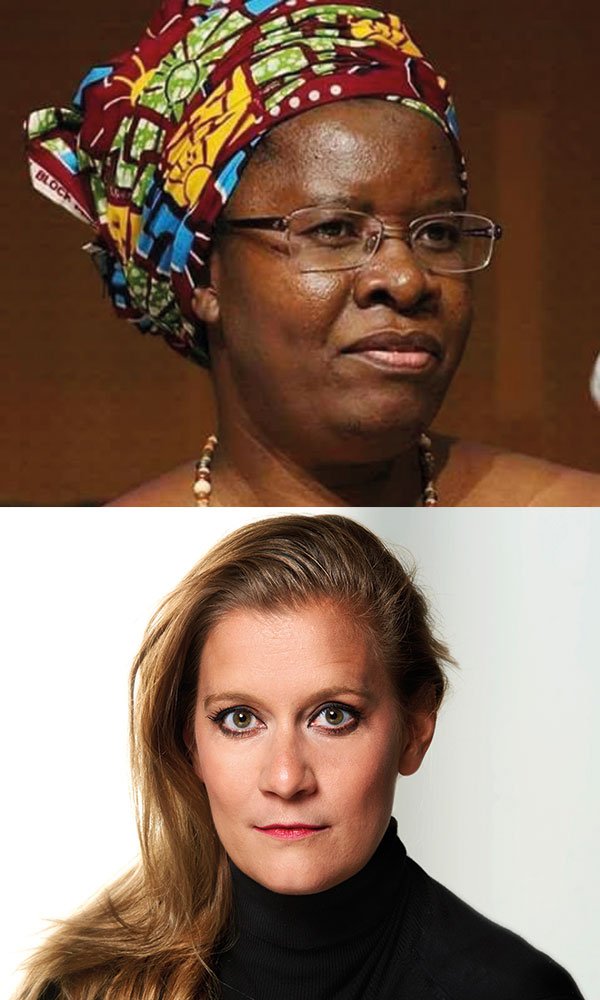 The invisible wall to the Beijing space

On the invitation of the African Union’s Women, Gender and Development Directorate (WGDD), a meeting was held on the theme “Realizing Women’s Rights for an Equal Future” in Addis Ababa, Ethiopia, in late October 2019. The event centred on a review of the implementation of the Beijing Declaration and Platform for Action, which marks its 25th anniversary in 2020. Some reflections.

We are women. In a room full of women. We are here to discuss how far civil society has come 25 years after the adoption of the Beijing Platform for Action. The Beijing Conference in 1995 followed the World Women Conferences in Mexico, Copenhagen and Nairobi, and for women activists, it continues to be one of the major women’s rights frameworks and a key point of reference, especially in the present socio-political climate, where we can see attempts to regress human and women’s rights. But in any other room full of women, somewhere in a rural community, who would have heard of it and would actually know that the Beijing Platform for Action exists? When we look around in this room full of women that we are sitting in here in Addis Ababa, who is there, and who is not?

We are in a highly secured space. In order to access the building, we had to be on the list, be online at some point, have been invited, have a birth certificate in order to get a passport, which can be a journey on its own, be literate in order to read and write our information and apply and of course pay for our tickets and hotel in order to get here. We had to have a suitcase that we could pack and be aware of the unwritten protocol that we would need to follow. We are sitting here dressed “well” in order to enter this space – would they let us enter if we weren’t wearing shoes? And of course there will be the obligatory group photo of all of us. What will be the average age of the women in the picture? Will it reflect the average age of the continents’ populations in Asia, Latin America and Africa?

We were given this space, by authorities. We had to make noise as the space wasn’t accessible to all of us – we had to be able to walk and see in order to get to this space. We are in a room where we are facing each other. Some of us are on the podium, sitting high up there, while others are sitting below it. We are not sitting in a circle on the same level. Some of us are given space on the agenda, others are not. Who has the microphone to tell all of us their interpretation of success and failure?

How much courage will the speakers have to ask questions that might be uncomfortable, or are we only going to applaud ourselves? Are we going to allow for some time and safe space to do a women’s movement introspective? To analyse what we did wrong in the 25 years after Beijing and why we see so few man walking the talk with us. You can even speak from the floor, you might say. Well, for us to be able to talk in these spaces requires special skills. The dominant language, confidence, knowledge and experience, the belief that anybody wants to hear what we have to say.

We are women, but we do not see the babies that we might be breastfeeding – except for one. Is it that men told us not to bring along the kids that we care for?

Even in the city the conference is held, the hundreds of women and girls are naturally excluded, for there is a literal wall and an invisible wall for participation. In this citadel of the continental body, there are hundreds of women in the private sector, NGOs, the UN and diplomatic spaces who are simply unable to place their feet in the room of this meeting. If satellite meetings were held in the universities, the women’s organisations, media houses, and even a special walk to the market, the real meaning of a women’s conference could have been felt.

The modalities, procedures and ways of work make it feel like an achievement and a privilege to be able to access the otherwise inaccessible conference rooms. It’s no longer a right, and an entitlement, and yet in the Convention on the Elimination of all Forms of Discrimination Against Women (CEDAW) and all those other instruments, we scream the value of effective and meaningful participation.

Is there spontaneous singing in the hall, just random spoken words by inspired women young and old? We even wonder if there is meaningful participation of girls in the room. The ones we see on posters, the ones who are stories of child marriage, teenage pregnancy or school dropout. Have they remained a statistical reference, or have they had a voice, too?

Maybe the year 2020, when we celebrate 25 years after Beijing, five years into the Sustainable Development Goals, the 30th Anniversary of the Convention of the Rights of the Child and many other significant anniversaries, will be our time to develop new tactics, meaningfully engage those who are concerned, involve new partners and do business unusual to make human rights and gender equality a lived reality for all.

Nyaradzayi Gumbonzvanda is the African Union Goodwill Ambassador on Ending Child Marriage. She is a trained human rights lawyer and has worked to advance women and children’s human rights, addressing issues of violence against women, peace with justice, property rights, sexual and reproductive health and rights and HIV. She currently serves as Chair of the NGO Civicus and of the Committee on the Status of Women in Geneva.

Monika Bihlmaier is a Gender and Development Expert who has worked on women’s human rights across Africa for the United Nations, the German Development Service, academia as well as national and international NGOs. She is currently the Team Leader for the Region of East and Southern Africa at Plan International Germany.