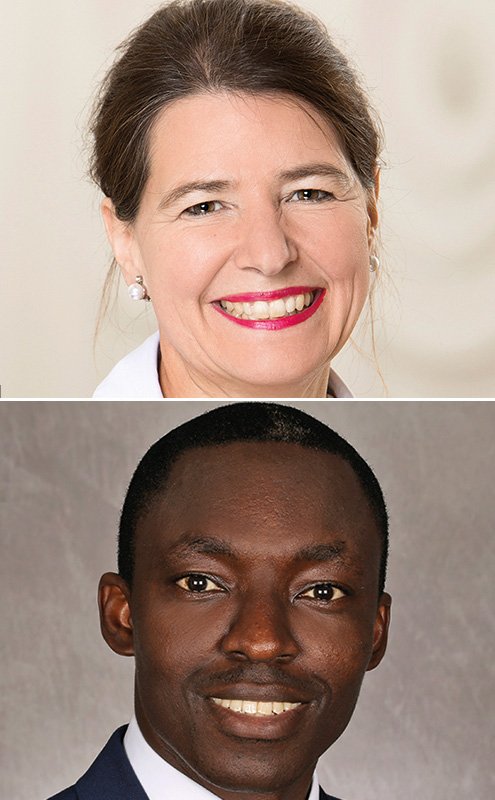 There is a longstanding debate among agricultural development stakeholders: state-led versus market-led strategies to transform food systems. While narratives provide an important framework to better understand this policy dichotomy and the choices of decision-makers, they are often neglected in food systems policy-making processes. Our authors recommend making use of policy narratives to find a way to solve real-world problems.

Disruptions from the COVID-19 pandemic, desert locust swarms and looming food security crises are creating a renewed sense of urgency among scientists, decision-makers, the private sector, civil society and development organisations to fix broken food systems. The upcoming United Nations Food Systems Summit in 2021 presents an opportunity to harness this momentum for tackling the challenges affecting global food systems and chart a course forward. To do so effectively, stakeholders must address the longstanding debate over the policy instruments needed to transform the agricultural sector.

For years, food system stakeholders have deliberated over questions such as: What role should governments play? Are input subsidy programmes an effective strategy to increase agricultural productivity? What are the merits of agroecology versus sustainable agricultural intensification or blended sustainability? Do small-scale farms have development potential, or is supporting them ‘‘romantic populism”? Disagreement over these points and the ensuing divergent narratives have led to fragmented initiatives and policy choices that do not offer adequate solutions to the situations at hand.

Given the current confluence of crises facing global food systems, we must look to bridge these differences by developing a reconciling perspective to real-world problems.

While development dichotomies are not new, pressure is mounting to resolve the policy impasse they create. For decades, fundamental divisions in ideas and beliefs have been observed among development economists. These differences have been described by Paul Streeten as ‘‘development dichotomies”. Streeten highlighted the fundamental divisions in ideas and beliefs that he observed among development economists. For example, there is the division between those who believe ‘‘bigger is better” and those who advocate ‘‘small is beautiful”.

Analysis of the two coalitions reveals distinct and oppositional narratives. While the agricultural support critique coalition demonstrates a preference for market-oriented fertiliser policy reforms, the agricultural support coalition emphasises the need for strong government support, especially by providing input subsidies. The former coalition, in addition to promoting a market-based approach, also back a second narrative against agricultural subsidies. They emphasise that the prevailing government input subsidy programmes are ineffective and inefficient and stress the need for the private sector to lead investment, arguing that public sector finance crowds out private sector investment. In Senegal, Ghana, and Uganda, these arguments can be seen in policy actors’ statements such as “Subsidies are an expensive component of the government budget”, “There is lack of transparency regarding the fertiliser and seed input subsidy distribution”, “Subsidies crowd out private investment”, and “Subsidies are politically efficient but not economically efficient”.

In contrast, the agricultural support coalition position themselves as advocates of farmers’ welfare in setting policy priorities. The agricultural support actors frame their narratives (ideas and policy beliefs) in the context of wider national and global debates on agricultural modernisation (e.g. irrigation infrastructure and farm mechanisation), job creation, and food sovereignty. Policy concerns regarding agricultural productivity problems are captured in food and nutrition security narratives to provide a justification for government-oriented subsidy programmes. Within this coalition, the use of tractors and other modern inputs (e.g. seeds, fertiliser, irrigation, tractor services, etc.) is indispensable in moving smallholders out of their current ‘‘hoe and cutlass’’ nature of farming, a metaphor they use for “traditional” or “old” farming systems.

So, who has the better story?

The narrative analysis of the two advocacy coalitions exposes their contrasting argumentative strategies. However, the coalitions share common ground on the view that low agricultural productivity is the major problem facing the agricultural sector. Utilising this problem as the argument’s premise makes for a stronger case in support of government subsidies because it is well established in the agricultural economics literature that market failures are widespread in agriculture and contribute to the problem of low productivity. Therefore, the agricultural support coalition are able to construct a more straightforward narrative. They present a range of stories that explain why government support is necessary and how much support will address the problems of low agricultural productivity. The support coalition’s narratives can be summarised as follows: ‘‘Productivity is low due to limited access of smallholders to inputs and lack of guaranteed prices. The proposed policy instruments (block farming, fertiliser and tractor subsidies, and price stabilisation through buffer stocks) are essential to address these problems, and hence productivity will be increased. Agriculture will become more attractive to the youth and serve as an engine of growth.’’

In contrast, the coalition that promotes market-based approaches formulates the majority of its critiques on government subsidies and lacks clear-cut narratives that tell a better story. Rather than presenting a convincing alternative, the critique coalition focuses on explaining why government support strategies are difficult (governance problems, political capture) and why they will not be successful. While the agricultural support coalition seem to have a “better story” as far as the structure of their narrative is concerned, this does not imply that their story is better in a normative sense, that the prescribed policies are indeed better suited to reach their intended goals than the policies suggested by the agricultural support critique coalition.

As disruptions caused by the COVID-19 pandemic are progressing and likely to have further impacts on the food systems, it is more urgent than ever to bridge the prevailing divergent perspectives and make meaningful progress towards achieving the Sustainable Development Goals. We need to develop a reconciling perspective on this real-world problem.

Meta-narratives are an underexplored solution to bridging the two narrative worlds. One such concept that had the potential of a meta-narrative is market-smart subsidies. The term refers to temporary subsidies that are designed to promote, rather than undermine, the development of input markets (e.g. using fertiliser vouchers), as defined in a study led by Michael Morris. The concept had potential because it contained elements of both the agricultural support coalition and the agricultural support critique coalition. However, the study led by Morris did not develop a straightforward narrative to promote market-smart subsidies. Rather, they are portrayed as an option that “may be justifiable on a temporary basis”.

Additionally, although market-smart subsidy schemes have, indeed, been implemented in several African countries, a recent review led by Thom Jayne found that such subsidies had only a limited effect on productivity, partly because the market-smart principles were “watered down or overturned during implementation”.

Thus, it appears that neither of the two coalitions fully embraced market-smart subsidies, and they did not become the basis of a powerful meta-narrative that could promote policy-oriented learning across coalitions and other food systems stakeholders. While a successful meta-narrative has not arisen out of market-smart subsidies, other opportunities for reconciliation may present themselves. Paying more attention to the narrative foundations of development dichotomies can help overcome deadlock among agricultural policy stakeholders and clear the path forward towards sustainable, resilient global food systems and improved food security.

Regina Birner is Professor at the Hans-Ruthenberg-Institute of Agricultural Sciences in the Tropics of the University of Hohenheim, Germany.
Contact: Regina.Birner@uni-hohenheim.de

The research was part of the multi-country project “Promoting Participatory and Evidence-Based Agricultural Policy Processes in Africa” run by the International Food Policy Research Institute (IFPRI) and funded by the German Federal Ministry for Economic Cooperation and Development (BMZ) and with further support from the CGIAR Research Program on Policies, Institutions, and Markets (PIM) led by IFPRI.

Mockshell, J. and Birner, R. (2020). Who has the better story? On the narrative foundations of agricultural development dichotomies. World Development, vol. 135.

Mockshell, J. and Kamanda, J. (2018). Beyond the agroecological and sustainable intensification debate: Is blended sustainability the solution? International Journal of Agricultural Sustainability, 16 (2): 127-149