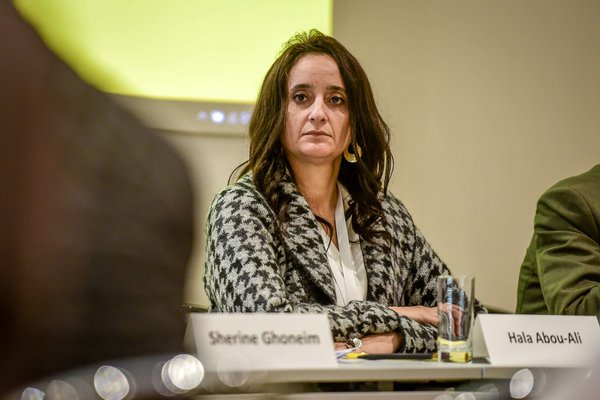 Economists discussed challenges that the MENA countries are facing given the impacts of global warming and how they intend to tackle them at the Knowledge for Sustainable Development conference in Germany last October.

in the Middle East and North Africa (MENA) region are characterised by fragile ecosystems and, largely, high dependency on their hydrocarbon resources. Consisting mainly of areas where water has always been a major issue, the region is now facing huge challenges through climate change.

Water scarcity and drought, but also sea-level rise, are putting pressure on the population and call for urgent solutions. At the Knowledge for Sustainable Development (K4SD) conference held by the Global Development Network in Bonn/Germany in late October 2019, scientists discussed various aspects of climate change in the MENA region.

With its nearly 100 million inhabitants, Egypt is the most populous country in the MENA region. Hala Abou-Ali, Professor of Economics at Cairo University/Egypt and Member of the Egyptian Parliament, pointed out that climate change was above all affecting areas already under water stress as well as coastal areas, with agriculture being hit most severely. All of the country’s agriculture is concentrated in the Nile Delta and River Valley – just three per cent of Egypt’s total area.

According to Abou-Ali, even a one-metre rise in sea-level would have a tremendous effect on the Delta and the country’s overall economy, resulting in a six per cent drop in Gross Domestic Product. Migration would become a huge issue, too. Agriculture would simultaneously become a victim of flooding and salinization – a process that is already accelerating through irrigation.

However, Abou-Ali also points out that precipitation feeding the Blue Nile, Egypt’s chief source of water, is gradually declining. Cropping patterns have to change, and Abou-Ali sees a considerable need to make irrigation more effective as well. Desalination schemes are also being launched. Above all, the population directly or indirectly affected by sea-level rise in the Nile Delta have to be absorbed in other regions.

“Egypt is doing well in terms of energy renewables,” Abou-Ali said in Bonn. “The aim is to achieve 20 per cent of energy production with renewables by 2020, and the government is supporting low-carbon technologies.” However, she also noted out that Egypt was having to cope with new weather patterns. “Now we need heating in the winter,” she remarked.

“The MENA region is very diverse and fragile, and it is vulnerable both to policy, physical and economic impacts,” Mustafa Babikir, Senior Planning and Analysis Consultant to Saudi Aramco, noted at the meeting. Looking at the implications of the Paris Climate Agreement, Babikir explained that the Gulf region’s Nationally Determined Contributions (NDCs) to achieving long-term adaptation goals focused heavily on economic diversification. He also stressed the MENA countries’ high potential for renewable energies.

“The shift towards clean energy production is gaining momentum, with efforts being made towards a conservation of hydrocarbon reserves and towards energy diversification, including renewables,” Babikir said. “Morocco, Egypt, the United Arab Emirates and Saudi Arabia are the top performers in this respect.” Key aspects in scaling up to NDC levels comprised a transmission structure and better energy access and storage.

Advanced economies would suffer from global warming as well

Kamiar Mohaddes, Senior Lecturer in Economics and Policy at Cambridge University/UK, stressed the importance of deviations from the norm in climate developments. “There is no magic number – it is the deviations that count,” Mohaddes stressed. “And they can have quite substantial effects.”

Mohaddes also presented facts and figures suggesting that advanced economies would suffer considerably from global warming as well. “The conventional argument is that there will be positive effects for the North and negative effects for the South. But there are no winners,” Mohaddes insisted. “The USA, for example, won’t be hit only in agriculture, but in practically every economic sector as well.”

Hala Abou-Ali and Kamiar Mohaddes are both Research Fellows of the Economic Research Forum (ERF), which organised the MENA event at the K4SDN meeting in Bonn. The ERF is a regional network focusing on high-quality economic research to contribute to sustainable development in the MENA countries. It is based in Cairo.