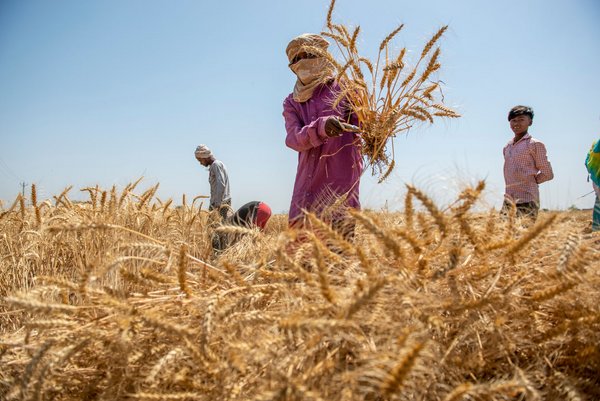 Millions of people are suffering the effects of extreme heat. The current heatwave was triggered by a high-pressure system and follows an extended period of above average temperatures.

Extreme heat is gripping large parts of India and Pakistan, impacting hundreds of millions of people in one of the most densely populated parts of the world, the World Meteorological Organization (WMO) reported in late April 2022. Heatwaves have multiple and cascading impacts, not just on human health but also on ecosystems, agriculture, water and energy supplies and key sectors of the economy.

The PMD warned that the unusual heat conditions would increase ice- and snow-melt in the mountainous regions of Gilgit-Baltistan and Khyber Pakhtunkhwa and could trigger glacial-lake outburst floods or flash floods in vulnerable areas. Air quality had deteriorated, and the risk of fires was extremely high in many areas.

“It is premature to attribute the extreme heat in India and Pakistan solely to climate change. However, it is consistent with what we expect in a changing climate. Heatwaves are more frequent and more intense and starting earlier than in the past,” said WMO Secretary-General Professor Petteri Taalas.

In its Sixth Assessment Report, the Intergovernmental Panel on Climate Change forecast that heatwaves and humid heat stress would be more intense and frequent in South Asia this century.

In the pre-monsoon period, both India and Pakistan regularly experience excessively high temperatures, especially in May. Heatwaves do occur in April but are less common. It is too soon to know whether new national temperature records will be set. Turbat, in Pakistan, recorded the world’s fourth highest temperature of 53.7°C on 28 May 2017.