Close ties between development policy and agribusiness bear a lot of risks – both for the environment and for low-income small farmers, maintains Marita Wiggerthale from Oxfam Germany. 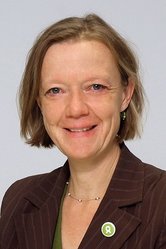 Whatever is the German Federal Ministry for Economic Cooperation and Development (BMZ) thinking of, involving agribusinesses such as Bayer and BASF in the fight against hunger? This is the question posed by 146 celebrities in an open letter to Chancellor Angela Merkel and Development Minister Gerd Müller in June. Further, a survey showed that Germany’s population in general has a low opinion of agricultural corporations when it comes to fighting hunger. Their indignation and scepticism are more than justified. The direction that Germany is taking with this new generation of public-private partnerships such as the German Food Partnership (GFP) and the G8 New Alliance for Food Security and Nutrition is not only wrong, but risky. It is time to stop for a moment and look closely at such private sector co-operation to which governments are ascribing an increasingly key function in the alleviation of poverty and hunger. The more so because the GFP and the New Alliance are not isolated cases. Agricultural corporations are also engaged in the formation of Green Innovation Centres which are to become a vital component of Development Minister Müller’s special initiative “One World – No Hunger”.

The GFP projects launched so far reveal a basic problem here. They are always developed in close collaboration with agribusiness and private foundations, but without the participation of small-scale farmers or their organisations. The latter, however, are those who should be most involved in decision-making on the measures needed to improve their incomes and living conditions. The human rights perspective demands that marginalised groups should be supported as a priority. The GFP is also leading by poor example in terms of transparency – likewise a human rights principle. Very little information has been made available to the public. The project contracts agreed with corporations have thus far been kept confidential. Details of who is funding what and to what extent have not been disclosed.

The GFP has set itself the task of increasing productivity and improving the efficiency of the production chain. A focus of the projects is to provide training for farmers. The BMZ grants Bayer, BASF and other companies far-reaching opportunities to use the courses as promotional events for themselves, and to influence the concept of the training courses to their own benefit. With respect to the Better Rice Initiative in Indonesia for instance, GFP companies are directly involved in developing training curricula and materials, as well as training and up-skilling programmes, and they are also funding agricultural advisers. A project manager engaged by BASF for the GFP project heads a large team of field coordinators. The GFP businesses are not only to contribute their “expertise” with their employees, however, but also with their products which are used in field trials and demonstrations.

Support for a non-sustainable production model

The corporations do not do this out of the goodness of their hearts, of course. At a GFP event in November 2013 Bayer CropScience stated unequivocally: “Our business happens to be the sale of crop protection agents and seeds.” This has nothing to do with an independent advisory service. When it comes to training farmers in Germany, different standards apply altogether. Such close ties between agribusiness and development policy not only promise increasing profits to Bayer, BASF and the others, but also promote their concept of high-input, capital-intensive agriculture. The negative impact of such an agro-industrial and non-sustainable model, both on the environment and low-income small farmers, is not being adequately taken into account. Increasingly, traditional cultivation methods and seed varieties are being pushed to the fringes, and small-scale producers are in danger of becoming dependent on multinational corporations and their inputs, such as industrial seed and pesticides. It is not to be expected that the GFP projects will actively support agro-ecological practices aimed at paring down pesticide use.

The BMZ should put neither its political weight nor the development funds it administers behind questionable partnerships with major corporations which do not benefit the poorest of the poor, but in fact disadvantage them. There are far more effective, practicable public investment approaches such as the promotion of agro-ecology, women and local marketing which are more accessible to the rural poor and also protect the environment. To entrust corporations with a major role in the fight against hunger is a recipe for failure.