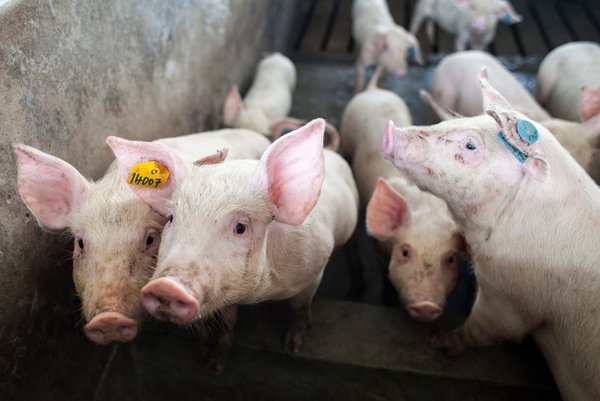 Currently, there is no effective vaccine against ASF.
Photo: ©FAO/Giulio Napolitano

Asia has lost almost five million pigs due to ASF

African swine fever (ASF) is spreading across Asia; millions of pigs have been culled during the last months. Small-scale farmers are hit hardest. They often lack the expertise or funds to protect their animals from the disease.

Almost five million pigs in Asia have now died or been culled because of the spread of African swine fever (ASF), the Food and Agriculture Organization (FAO) reported in early August 2019. The contagious viral disease that affects domestic and wild pigs was first detected in Asia one year ago this month. While not dangerous to humans, the disease causes up to 100 per cent fatality in pigs, leading to severe economic losses to the pig sector.

African swine fever was first detected in Africa in the 1920s. On top of the Asian outbreak, Europe is currently experiencing a slowly-spreading epidemic among some of its wild pig population and several countries have introduced tight restrictions to limit the movement of wild pigs.

The outbreak is particularly affecting vulnerable small-scale farmers who may lack the expertise or funds to protect their animals from the disease. In China, there are at least 26 million pig farming producers, and about 50 per cent of total pork production is by small-scale Farmers.

In Viet Nam, the pork industry makes up almost 10 per cent of the country’s agriculture sector and pork meat accounts for almost three quarters of meat consumed. The country has, to date, culled approximately three million pigs in an effort to curb the spread of the disease, raising concerns that ASF could contribute to an increase in food insecurity in already-challenged communities.