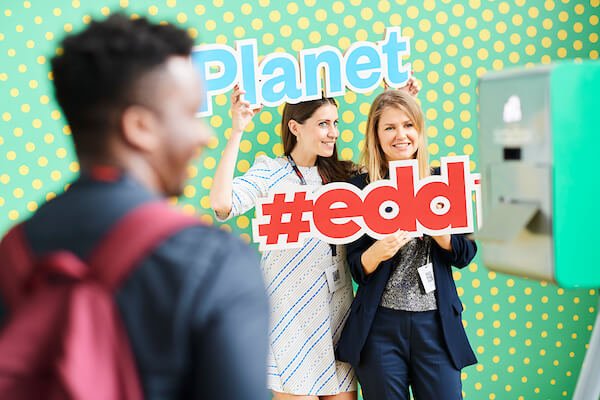 This year’s European Development Days focused on fighting inequalities. More than 8,000 participants debated inequalities in the context of the 2030 Agenda and the Sustainable Development Goals (SDGs).

‘Addressing inequalities: building a world which leaves no one behind' was the theme of the 13th edition of the European Development Days (EDD) organised by the European Commission, which took place in Brussels, Belgium in mid-June 2019.

For two days, participants debated successes and failures in addressing inequalities in the context of the 2030 Agenda and the implementation of the Sustainable Development Goals (SDGs). The conference theme refers to SDG10: Reduced Inequalities, although it also touches on other Goals.

The event hosted more than 8,000 participants from 140 countries world-wide, representing 1,200 organisations from the development community, including Heads of State or Government, leading experts, key influencers and young leaders.

Thematic events of the EED 2019 were structured around the three main themes “Why inequalities matter for sustainable development”, “Understanding the structural causes of inequalities” and “Working together better through more effective policies to address inequalities”.

Despite the real progress that has been made, inequality is still a major impediment to sustainable development, limiting life chances by restricting access to everything from education and healthcare through to energy and sanitation.

For example, an estimated 19.9 million children still do not receive the required three doses of the DTP (diphtheria-tetanus-pertussis) vaccines during their first year of life. At least 200 million girls and women have been subjected to female genital mutilation. In 2017, 786 million people still lacked even a basic drinking water service, and around 840 million people still did not have access to electricity. Around 750 million adults —two-thirds of whom are women— remained illiterate in 2016. Three quarters of these people live in Southern Asia or sub-Saharan Africa.

The European Union signed a 102 million euro contribution agreement with the World Health Organization (WHO) to boost access to health services in developing countries at this year’s European Development Days.

The investment aims to build health care systems to provide quality services in more than 80 African, Caribbean, Pacific, and Asian countries. The “Health Systems Strengthening for Universal Health Coverage Partnership Programme” seeks to boost WHO co-operation with governments and country stakeholders to build healthcare systems that provide quality health services to everyone supporting SDG3: Universal Health Coverage for All by 2030.