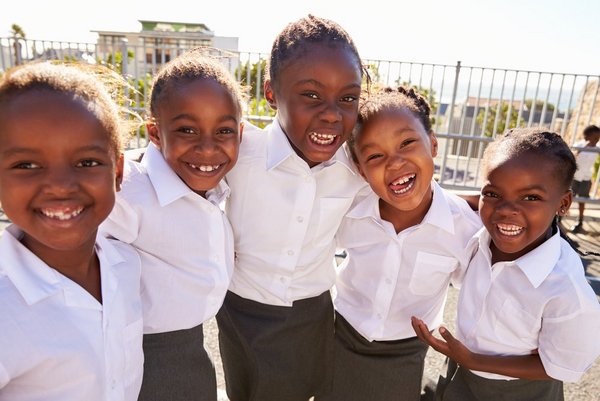 Germany is supporting the Global Education Initiative for Girls together with the foundation of Nobel Peace Prize winner Malala Yousafzai.
Photo: ©Shutterstock

Together with the foundation of Nobel Peace Prize winner Malala Yousafzai and the Global Partnership for Education (GPE), Germany is engaging in the “SHE – Support Her Education” initiative in order to promote one million girls in developing countries who have lost access to education through the Corona crisis.

Germany is stepping up its efforts to support school education world-wide. In mid-May, the German Federal Ministry for Economic Cooperation and Development (BMZ) launched the “SHE – Support Her Education” initiative to promote one million girls in developing countries who have lost access to education through the Corona crisis. For this purpose, the BMZ is investing around 100 million euros over the next four years. The overall goal of the supporting the GPE initiative is to enable 46 million girls to attend school.

At the launch of the initiative, Federal Education Minister Gerd Müller declared: “We are still far away from achieving UN Development Goal 5 of gender equality. World-wide, women perform the lion’s share of work, but they only earn three quarters of men’s income. The Corona crisis has worsened the situation of women and girls. They have often been the first ones to lose their jobs. World-wide, 130 million girls can’t go to school.”

“Educating girls is the cleverest investment,” the Minister added. “Every euro invested has a double effect. It creates new employment and livelihood opportunities, protects against undesired pregnancies – and thus improves women’s occupational opportunities.”

According to Minister Müller, the signal should therefore be given ahead of the GPE meeting that the richest countries fulfil their responsibility. According to Müller, Germany has doubled its investment in education, and is now providing a further 100 million euros so that one million girls can return to their schools after the pandemic. He says that this is an important investment in the future of an entire generation.

Parliamentary State Secretary Maria Flachsbarth fears that the Corona crisis has worsened the situation of many girls. Flachsbarth believes that many of them will not be returning to school because they have been forced into marriage or have to work.

“We will not leave these girls behind,” the State Secretary stressed, explaining that thanks to the “SHE” education initiative for girls, around a million girls in developing countries would be receiving support up to 2024, so that they could go to school or return to their schools after school closures owing to the pandemic and obtain their education degrees. For this purpose, for example, women teachers were being promoted, curricula were being introduced to combat gender stereotypes, and measures were also being supported to prevent premature marriages and premature pregnancies.

The Federal Development Ministry announced the funding of girls’ education at a GPE virtual event on the 19th May which was also attended by Nobel Prize winner and Malala Yousafzai and Julia Gillard, former Australian Prime Minister and GPE Chairwoman.