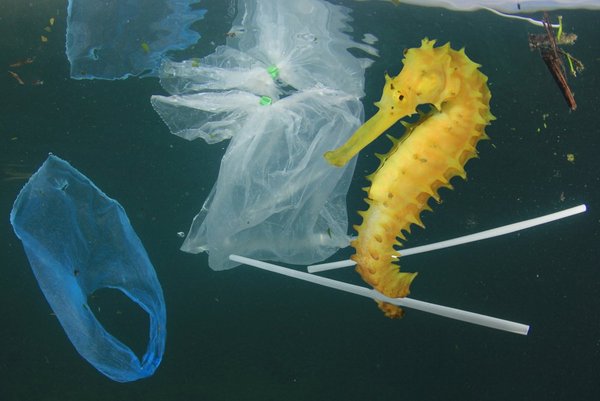 Governments of more than 100 countries vowed to tackle marine pollution at the One Ocean Summit 2022 in February.
Photo: ©Shutterstock

With a marine offensive against environmental pollution, the German Federal Government seeks to promote the conservation of marine biodiversity and take steps to counter a further littering of the seas. This was announced by Federal Environment Minister Steffi Lemke at the international One Ocean Summit in Brest/France on the 10th February.

As Germany’s Federal Ministry for the Environment, Nature Conservation, Nuclear Safety and Consumer Protection (BMUV) and Federal Ministry for Economic Cooperation and Development (BMZ) have announced in a joint press release, the marine offensive is part of  a coherent national marine strategy to more firmly establish specific marine conservation targets in a cross-sector approach.

According to Federal Development Minister Svenja Schulze, the Federal Government has pledged an additional 20 million euros for the World Bank’s PROBLUE Fund, to which the BMUV had already previously contributed, making Germany one of the Fund’s largest donors. The money is being used to support the campaign against marine litter and marine pollution as well as to maintain a sustainable management of coastal and marine areas.

According to Lemke, healthy seas are vital for humanity. They are an important CO2 reservoir and regulate the climate. They provide a habitat for a unique flora and fauna as well as representing a link between continents and maintaining a source of food.

However, Lemke emphasised, it was also true that the seas were subject to considerable pressure from overfishing, pollution with harmful substances and excessive fertilising, as well as giant whirlpools of plastic litter. Much of what we were doing was threatening the natural functions of the seas. Swift and determined action was therefore needed. “For this purpose, we will submit a binding cross-departmental marine strategy and promote a coordination of marine policy headed by a new commissioner,” the Environment Minister said.

More than 800 million people depend on fisheries and aquaculture

On the occasion of the One Ocean Summit, Federal Development Minister Schulze emphasised that intact seas were not only important for climate protection and biodiversity, but that they also provided livelihoods for people throughout the world. More than 800 million people were living on fisheries and aquaculture, she said. Together with Germany’s partner countries, the Development Ministry was therefore supporting the maintenance and expansion of marine and coastal conservation areas, sustainable fisheries and new sustainable sources of income for the coastal population.

Over the coming years, Germany’s marine offensive will combine all facets of marine conservation in a Federal Government marine strategy. In this manner, the conservation and environmentally friendly use of the seas are to be harmonised. The Federal Government’s new strategy and the role of the marine commissioner are currently being prepared at the BMUV.

The Blue Action Fund, which protects marine expanses with a surface area of roughly 360,000 square kilometres, is a further important international BMZ instrument. For this purpose, together with the other donors, Germany has so far raised around 170 million euros.

In addition, according to the press release, the BMUV is supporting marine conservation in developing countries and emerging economies, with measures such as developing marine and coastal resilience in the coral triangle in Southeast Asia, cross-frontier protection and sustainable management of the marine and coastal area in East Africa and the prevention of plastic waste pollution in the Caribbean.

Since 2019, with its focused financing programme to prevent littering, the BMUV has approved seven projects in the worst-affected regions of the Global South – Africa, Asia and Latin America – with an overall volume of just under 40 million euros as well as a further 30 million euros invested in corresponding funds, particularly in the second pillar of the World Bank’s PROBLUE Fund, aimed at marine environmental protection.