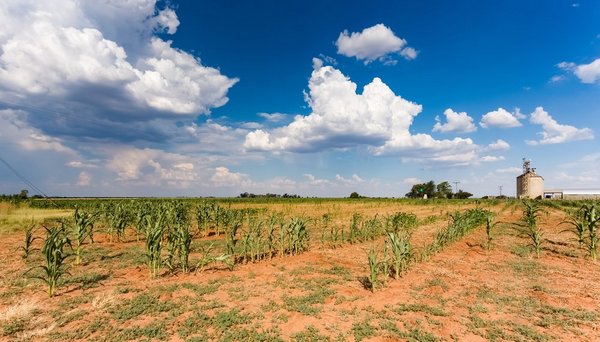 A study by African and European NGOs shows that AGRA’s Green Revolution approach has failed so far.
Photo: ©Shutterstock

Forum on Environment and Development: AGRA programme not convincing

In 2020, a group of African and European NGOs published the research report “False Promises” to fill the gap of publicly not available impact studies of AGRA’s activities in combating hunger with a “Green Revolution” approach. Here, the German NGO Forum on Environment and Development gives an account of how AGRA responded to civil society criticism and explains why funding for agricultural programmes ought to pursue a different course in future.

The Alliance for a Green Revolution in Africa (AGRA) was founded in 2006 to give new impetus to the fight against hunger in Africa with a “Green Revolution” approach based on expanded use of commercial seeds and fertilisers. AGRA’s main promises were to double the agricultural yields and incomes of 30 million small-scale food producer households by 2020, thus halving hunger in the focus countries. To achieve these goals, AGRA received almost one billion US dollars – mainly from the Bill and Melinda Gates Foundation, but also from governments e.g. of the USA, the UK and Germany.

The report “False Promises – The Green Revolution in Africa (AGRA)” revealed that yield increases for key staple crops in the twelve years AGRA operated were low, no higher than in the period before AGRA. Instead of halving hunger, the situation in the 13 focus countries has worsened since AGRA was launched, with the number of people going hungry increasing by 30 per cent during the AGRA years. The study also showed that AGRA had in fact harmed many small-scale food producers, for example by subjecting them to high levels of debt. In Zambia and Tanzania, small-scale food producers were unable to repay the loans for fertiliser and hybrid seeds after the first harvest.

According to Forum Environment and Development, AGRA in its response, sought to dismiss the research findings of “False Promises” as non-scientific, while not going into the content. AGRA also declined an explicit request from three African organisations, two of which were involved in the research, to provide evidence of impacts, including AGRA’s outcomes surveys and the mid-term evaluation of its 2017-2021 strategy, the NGO notes. In December, the transparency organisation U.S. Right to Know obtained the documents through Freedom of Information Act requests. AGRA subsequently published the mid-term evaluation and the eleven country outcomes surveys on its website.

The lead researcher of “False Promises”, Timothy A. Wise of Tufts University/USA, reviewed the documents to determine if they provide new data on AGRA’s progress in improving yields, incomes and food security. Unfortunately, they do not. They show no new evidence that AGRA is making progress improving yields, incomes and food security for African farmers. In fact, the cumulative 1,365 pages of the documents deepen the concerns about accountability because they make no reference to AGRA’s first ten years of interventions (see full analysis here).

In contrast to many African farmers, the one area in which evaluators praised AGRA was work with governments to change policies and regulations. Many relate to reforming seed policies to increase the access of commercial seed providers to African markets. The authors of “False Promises” made it clear that AGRA’s policy initiatives might indeed be its most important — and pernicious — interventions. That is because such policies often undermine crop and diet diversity while increasing farmers’ dependence on expensive external inputs derived from petrochemicals. “False Promises” showed an alarming decline in crop diversity in AGRA countries.

The publishers of the report “False Promises” thus conclude that governments in the Global North and Global South should shift their funding from AGRA and all other Green Revolution programmes to supporting more sustainable, holistic approaches such as agroecology, which focuses on the needs of small-scale food producers, their human right to food and their food sovereignty. Apart from problematic and one-size-fits-all approaches, the low level of accountability and transparency of private initiatives like AGRA are a worrisome development.

(Forum on Environment and Development)

An audio feature is available in English and in German