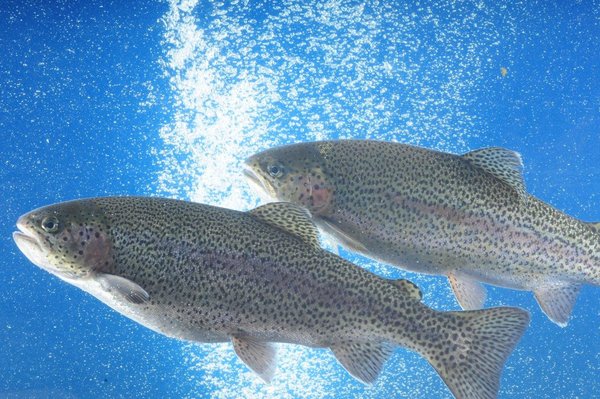 Fish, facts, feed and future – a DLG Webinar on aquaculture

Aquaculture production grows fast while wild catch suffers from stagnation. According to the UN Food and Agriculture Organization (FAO), world aquaculture production showed a record high of 114 million tons of aquatic organisms in 2018. Aquaculture accounted for 48 per cent of total fish production (including non-food) and at 52 per cent, more than half of human consumption. Thus, no doubt, aquaculture is an important segment of world nutrition.

The increasing role that aquaculture plays in the human diet is reason enough for the German Agriculture Society (DLG) to organise a Global Aquaculture Summit Webinar in the context of EuroTier China. This webinar is part of a series of Global Summit Webinars for pig, poultry and dairy farming, which already took place in the weeks before.

The Global Aquaculture Summit Webinar, titled “fish, facts, feed & future”, was organized in late June 2020 and registered for by 170 participants from 39 countries from all continents. The speakers provided a global aquaculture industry overview, with a closer look at production in Germany, China and Thailand, in addition to the current status of the fish feed industry and present trends and insights. The outcome of the webinar is summarised below.

China is the major fish producer, accounting for 35 per cent of global fish production. Europe contributes a mere 3.7 per cent of total aquaculture production. Production in Europe is led by Norway, with its high performing Atlantic salmon production, which showed nearly 1.4 million tons of salmon in 2018.

German products, and European products in general, have a good reputation and are known for their high technology standards and product quality. The highest technological level is reached by the recirculated aquaculture systems (RAS). In these intensive farming modules, production water is reused after passing the fish tanks and going through filter systems and water treatment modules (heating, degassing, reoxygenation, etc.).

Productivity in Europe is driven by a high demand, but suffers from high energy costs, high labour costs and many restrictions based on environmental protection.

German aquaculture between tradition and technology
German aquaculture is based on traditional pond sites for carp and trout production. The fish farms are family-run and are mainly characterised by small size. The farms generally sell directly to the customer. Good water quality, strict hygiene standards, high quality feed in the right quantity and, finally, having the best technology systems in place allow German fish farmers to keep a high reputation. Throoughout the country, approximately 2,500 farms produce an annual 19,000 tons of fish in ponds, raceways and RAS

Fish feed –status, trends and perspectives
Raw materials for fish feed have to be sourced very carefully as they need to provide a high nutrient value. The representative of Denmark’s Aller Aqua gave an interesting overview of the status quo in research activities and new demands. The objective is to reach low feed conversion rates, use healthy and performing ingredients and reduce the feed losses. Even supermarkets have to be informed about both fish quality and fish feed ingredients. Feed companies provide lists of raw materials and proof of the absence of genetically modified organisms (GMO) for the European Markets.

Aquaculture in China and shrimp production in Thailand
China is the largest aquaculture producer of the world and is set to reach 40 million tons of aquaculture products per annum. The aquaculture market will grow thanks to China’s burgeoning middle income segment as well as the increasing demand for seafood in fast food products. There has been a shift in the consumption pattern of Chinese consumers towards easily processed species, and they are gradually becoming the mainstream in the food and beverage industry.

The speaker from China’s Tongwei Feed Company gave an overview of future trends of feed for aquaculture in China. The country is the world’s biggest aquafeed manufacturer, accounting 40 per cent of global production. There will be a move towards high quality products, away from producing in quantity.

Approximately 318,000 tons of shrimp was produced in Thailandin 2019, with nearly half that amount set aside for export. White shrimp is the preferred species for production thanks to easy farming, better health and its lower high-protein food demand. In addition to the requirement of good feed quality, efficient shrimp farming needs high water quality, efficient aeration and good hygienic conditions for the crustaceans.

Probiotics plays a part in regulating direct water quality with less ph-fluctuation, which leads to healthy conditions for the growth of shrimp.

Summarising the webinar outcome, aquaculture certainly does play an important role as a food provider for the growing world population. Production in water bodies will not compete with agriculturally used land. Asia and, particularly, African countries show a very promising growth in aquaculture production, also with small-scale farms, and it will help reduce starvation.