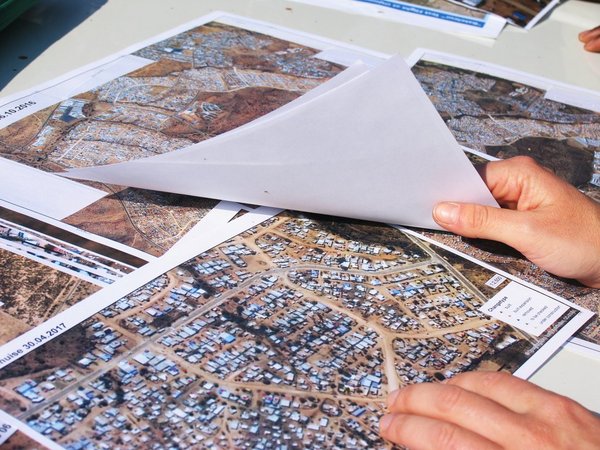 A study commissioned by Deutsche Gesellschaft für Internationale Zusammenarbeit (GIZ) GmbH, titled “The Role of Open Data in Fighting Land Corruption: Evidence, Opportunities and Challenges”, of January 2021 has arrived at new insights into the current data revolution and the important role it can play in attaining sustainable land governance. In particular, it focuses on the impacts achieved by open data information systems and transparency initiatives on the various forms of corruption that affect the land sector.

Land corruption exists in many countries and is influenced by several factors. Analogue and even digital land data may not be accessible for the majority of a population, therewith precluding accountability mechanisms. The level of participation during the collection and updating of land data is often low and does not include marginalised groups. The management of land resources in many countries remains rather weak. Finally, law enforcement often turns a blind eye on corruption in general. Any combination of the above result in weak land governance structures which can be exploited by a few powerful.

The hypothesis of a connection between open data and land corruption is simple. Accessible land tenure data for all creates transparency and supports accountability, and thus reduces land-related corruption overall. The term “open data” is used for the concept of data availability, accessibility and (re)usability for everyone. Experts agree in theory that open data has huge potential in the fight against corruption. In recent years, several pilot projects were implemented to test open data approaches, including in the land sectors. One example of an open data land portal is from the Ministry of Agriculture and Irrigation in Peru.

The results of the study “The Role of Open Data in Fighting Land Corruption: Evidence, Opportunities and Challenges” by Marcello De Maria and Niko Howai show that reality can meet theory and that positive impacts are possible to counteract corruption by using open data in the land sector. Positive technical (e.g. internet) and institutional (e.g. policy) preconditions exist in some countries and can create equal and fair access to the land market.

Continuous monitoring and evaluation are important to distinguish between potential and actual impact during the implementation of open data projects in the land sector. A wide range of stakeholders with a positive mind-set on the use of open data against corruption have the potential to amplify positive results, the authors of the study note.

Yet, challenges remain in relation to trade-offs between transparency and data privacy. Undermining data privacy without robust data-policies and strong governance to protect sensitive or personal data is critical for many, warn the authors.

Another challenge is the low level of access to modern technologies by civil society groups, limiting the benefits of open data principles in relation to secured land-use and ownership rights. In a worst-case scenario, these irresponsible conditions might increase land grabbing. Such developments are critical, and potential negative impacts need to be carefully considered in safeguards for open land data projects.

To this end, the study proposes several recommendations on the use of open data with the aim to counteract land corruption. Most countries still follow the principle of “closed by default”, which should change to “open by default” for all land data.

The study suggests that political will should be supported by the establishment of a functional information infrastructure combined with the necessary legal framework. Land data is important to many stakeholders who should participate during planning and implementation of any open land data intervention.

All open data projects should protect disadvantaged groups under the do-no-harm principle by improving land policies and strengthening their rights. Project impact on corruption should be closely monitored and evaluated, and in the case of a negative impact, the project design and implementation should be amended.

The authors conclude that for several years, and not only in the land sector, digital transformation has been accelerating in governance processes, with data as an important factor. Land data is not excluded from this development, and at the same time, land corruption cannot be eliminated through the digitalisation process and the data boost alone. Responsible land governance interventions which integrate open data and digitalisation need hence ensure positive impacts for all with as few trade-offs as possible.

For more information:
GIZ-Anti-Corruption and Integrity
Webinar: The Role of Open Data in the Fight against Land Corruption