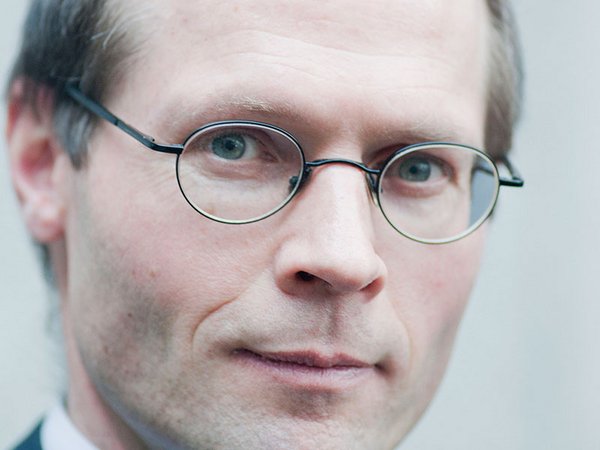 Olivier De Schutter is Member of the UN Committee on Economic, Social and Cultural Rights and was the United Nations Special Rapporteur on the right to food from 2008 to 2014.
Photo: Author

Why we need an agroecological revolution

Governments and international organisations have mainly taken an interest in agroecology over the last few years because of the system’s environmental benefits. However, our author believes that there are other important reasons to support an agroecological revolution. It once again puts farmers in the driver’s seat, opts for local solutions und is a key factor in achieving food democracy.

As a contribution to the science of agronomics, agroecology aims to reduce the use of external fossil-based inputs, to recycle waste, and to combine different elements of nature in the process of production in order to maximise synergies between them. But agroecology is more than a range of agronomic techniques that present some of these characteristics. It is both a certain way of thinking of our relationship to Nature and a social movement that is growing.

A renewed understanding of nature

Agroecology invites us to embrace the complexity of Nature: it sees such complexity not as a liability, but as an asset. The farmer, in this view, is a discoverer: he or she proceeds experimentally, by trial and error, observing what consequences follow from which combinations, and learning from what works best – even though the ultimate “scientific” explanation may remain elusive. This is empowering: the farmer is put in the driver’s seat, she constructs the knowledge that works best in the local context in which she operates. In contrast, so-called “modern” agriculture, which is in fact twentieth-century agriculture, did the exact opposite: it sought to simplify Nature. What to do in the field was defined by whatever was prescribed by “science” developed in laboratories. The path from research to practice was unidirectional, and it was seen as unproblematic: since solutions were based on science, they were considered universally applicable. The experiential knowledge of the farmer was irrelevant at best; at worst, it was treated as “prejudice”, and as an obstacle to the top-down implementation of sound scientific prescriptions from “experts”. In this view from twentieth-century science, the complexity of Nature is a problem: simplify it if you can –never mind if this means robbing the farmer of developing her art – and transforming that art into the literacy of reading instructions for use on the spray bottles and on the seed bags.

If agroecology stems from a renewed understanding of Nature and of our relationship to Nature, it naturally follows that it is also a social movement. This movement encourages peer-to-peer exchanges of information between farmers. It prioritises local solutions relying on local resources. And it transforms the relationship between the farmer and the “expert” from the department of agriculture or from the international agency, not in order to reverse it and to replace one hierarchy with another, but in order to move towards the co-construction of knowledge, as most clearly illustrated by participatory plant breeding.

More than a set of agronomic techniques

It is only if we see agroecology as something else than a particular set of agronomic techniques that we can understand the opposition that it faces. Indeed, as a branch of agronomics that borrows from ecology to replace the act of farming within the ecosystems in which that acts takes place, agroecology is particularly well-suited to meet the challenges of the day. In our still dominant industrial farming system, it takes about ten calories of fossil energy to produce one calorie of food, a clearly unsustainable approach as we reach peak gas and peak oil. This system is a huge emitter of greenhouse gases: at least 13.5 per cent of total anthropogenic greenhouse gas emissions comes from agriculture, and this rises to up to one third once we factor into that calculation the deforestation to create pastures and expand cultivated areas, as well as the various stages of food processing, packaging, transport and retail. Small production units are systematically put at a disadvantage, since they are less well equipped to mechanise and to achieve economies of scale, and since they are less competitive in a world in which farmers are asked to become suppliers of raw commodities – of large volumes of uniform stuff – for the food processing industry.

The impacts on rural development are considerable, as small family farms are disappearing en masse. Moreover, as they have been shaped in the past, industrial food systems have encouraged the shift to highly processed foods, including ready-to-eat “convenience” foods and ultra-processed “junk” foods. The consequences of such modern consumption patterns are well known. World-wide, the prevalence of obesity doubled between 1980 and 2008. More than one billion adults are now overweight, and 400 million others are obese. Combined with more sedentary lifetsyles and tobacco and alcohol consumption, inadequate diets are resulting in the rise of non-communicable diseases: type 2 diabetes, heart disease, or gastro-intestinal cancers, all directly related to diets, are now growing rapidly in all regions, and not only in rich countries, as was the case in the past.

Agroecology provides a number of answers. It favours a gradual transition away from the fossil-energy-based farming of the earlier generation, and it seeks to preserve soil health and to reduce soil erosion. In fact, it is mostly because of its environmental benefits that agroecology is now considered with interest by governments and international agencies. Although it can be practised on a large scale, its insistence on intercropping techniques, and on various combinations between plants, trees and animals – in order to re-establish the agro-sylvo-pastoral complementarities that “modern” agriculture has negated – makes it especially suitable when practised on relatively smaller farms. As such, increased support to agroecology shall contribute to re-balancing competition between large, industrial-size farms and smaller farms, which at the moment is significantly skewed in favour of the former.

And agroecology promotes better nutrition, both because greater diversity on the farm results in greater diversity in the plates for the communities who produce their own food, and because of the proven benefits to health. Organic crops, recent studies show, have up to 60 per cent higher numbers of key antioxidants than conventionally-grown ones, and of course show much lower levels of pesticide residues and of toxic heavy metals, such as cadmium, than industrially grown crops. Most importantly, agroecology represents a shift away from the quasi exclusive focus on growing large cereals in monocultures, which over the past 30 years has in fact reduced the diversity of the plants on which our diets are based, and has favoured an ever-increasing reliance on heavily processed foods that are richer in saturated fats and in added sugars and salt. The health benefits of an agroecological revolution would be significant.

Why is it, then, that despite all these benefits it may provide, agroecology remains marginalised? Four major lock-ins still form considerable obstacles to the agroecological revolution. First, technologies and infrastructures are biased in favour of achieving economies of scale through reliance on large monocultures that can be more easily mechanised. Second, dominant agribusiness actors – the large commodity buyers and food processing companies – are better positioned to supply markets with low-priced foodstuffs, against which other actors, using other, more sustainable modes of production, are unable to compete: until industrial farming methods will be obliged to fully internalise the social and environmental costs they impose on the collective, this is not going to change. Third, our lifestyles have evolved with the industrial way of producing food that we have been encouraging: people today have less time to cook, they have relegated food to a secondary position in their lives, and many families have lost even basic culinary skills that are required to reduce the dependency on heavily processed foods, including the convenience foods that we have become so accustomed to. Fourth and finally, political obstacles remain. Large agribusiness actors veto any significant change that would threaten their position in the system, and that would question, in particular, the relegation of the farmer to the position of a captive buyer of inputs, and a provider of raw materials to the food processing industry.

These obstacles are formidable. This is why food democracy – the ability for people to make real choices about how to produce food, what to produce, and how to eat – is key to unlocking the system. The agroecological revolution is much needed. It will however only succeed if we overcome the political economy obstacles to change. I welcome this edition of Rural 21 as an important contribution to such an ambitious and urgent undertaking.

Olivier De Schutter is Member of the UN Committee on Economic, Social and Cultural Rights and was the United Nations Special Rapporteur on the right to food from 2008 to 2014.