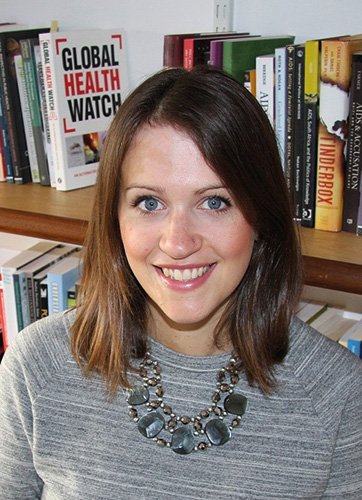 Why billions in foreign aid failed to prevent Ebola outbreak

Money spent on health systems of partner countries in the context of international co-operation runs into the billions. Why have the health systems nevertheless failed so miserably in the case of Ebola?

In the wake of nearly every major disaster, a fundraising campaign springs up to provide relief for the affected. And in the wake of nearly every major fundraising campaign, people question, where did the money go? The West African Ebola outbreak is no exception. Over the last year, aid from some of the world’s wealthiest donors has poured into the poor, hard-hit countries of Liberia, Sierra Leone, and Guinea. But people should be asking another question – what money was offered to these countries before, not after, the outbreak? And with those dollars, might this epidemic have been prevented in the first place?

Between 2002 and 2013, developed countries and international institutions like the United Nations and the World Health Organization gave over 1.7 billion US dollars in aid to Liberia, Sierra Leone and Guinea. While it’s nearly impossible to trace exactly how that money was spent, we don’t necessarily need to go to those lengths. Instead, we can track where it was intended to be spent. Most of the aid was donated with strings attached – earmarked for things as detailed as tuberculosis control and HIV testing, examples of what’s known as vertical initiatives.

Even aid directed toward improving the general health of a country’s citizens was carefully doled out. Of the 1.7 billion USD given in the decade or so before the Ebola outbreak, just 20 million USD was available to train doctors and nurses, and only 87 million USD was dedicated to infectious disease control. Crumbling hospitals and clinics had just 24 million USD to repair their facilities. Health systems are the first line of defence against quick-moving epidemics like Ebola, and when they collapse as easily as they did in 2014, it places the entire world at risk.

Following the money trail also raises uncomfortable questions about how developed countries are allocating aid. While the numbers-driven international health and development community obsesses over technocratic development goals and indicators, hospitals – where they exist – crumble and doctors go unpaid. In so many poor countries we’ve left the foundation of their health systems to rot.

In place of funding general health infrastructure, donor agencies and organisations are dictating with increasing specificity where and how the money is spent. In Sierra Leone, for example, nearly 120 million USD in aid over eleven years has helped set up an entire parallel health system to serve HIV and AIDS patients. It can be an efficient way to cope with the deadly virus, but those specialised clinics were not utilised when another disease reared its head.

This is not to let the governments of these West African countries off the hook. Ebola exposed the institutional and leadership weaknesses in the health sector in countries such as Sierra Leone. Rampant per diem culture in the public sector and political patronage have not helped. International donors have long thought that if they spend money on disease-specific priorities, this will free up African states to invest money in health infrastructure. Of course this did not happen, as state actors end up investing their time and resources in meeting internationally-set health targets.

Our singular focus on specific diseases is one of the major reasons why we are where we are in West Africa, but it has been detrimental to health systems in general. The failure of the healthcare infrastructure to cope with Ebola should not be a surprise, and it wasn’t for those living and working in the region, many of whom have spent decades decrying neglected hospitals, clinics, and systems.

I’m not proposing that we cut off support for disease-specific programmes nor that development is a zero-sum game. But our limited resources can’t ignore the less glamorous but no less urgent areas of clinics, hospitals, and systems. The Ebola outbreak should be a wake-up call to redirect our priorities to commit to invest money and expertise in regional health infrastructure rather than isolated systems. It’s a change that needs to happen, but it’s one that will require a drastic shift in the way we approach global health and development.

This commentary first appeared on NOVA Next
(http://pbs.org/nova/next).