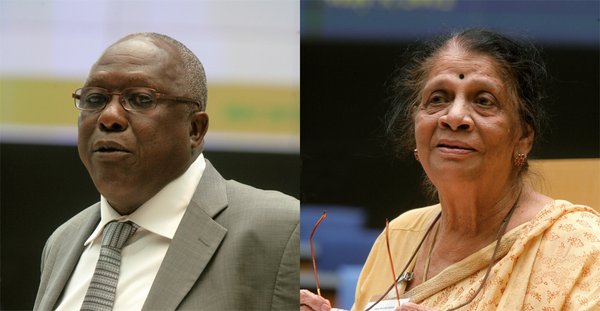 The Raiffeisen idea – a model for sustainable development?

The International Year of Cooperatives is being accompanied by numerous events. One of them was the conference “The Raiffeisen idea – a model fit for the future”, held in Bonn, Germany, in May 2012. Here, the focus was on whether cooperatives can contribute to sustainable development.

With more than 900,000 cooperatives world-wide applying Friedrich Wilhelm Raiffeisen’s principles (see article "Cooperatives - the magic bullet of poverty reduction?"), the concept represented a “model with a future and for the future”, said Franky Depickere, President of the International Raiffeisen Union (IRU), which had organised the event. Charles Gould, Secretary General of the International Cooperative Alliance (ICA –  see article "Cooperative enterprises build a better world"), noted that it was now important to use 2012, the United Nations International Year of Cooperatives, “to build a platform, strengthen understanding of the cooperative model, and make people aware of their capacity to do more”. Piet Moerland, President of the European Association of Cooperative Banks (EACB), noted that cooperatives had demonstrated their viability in the South, with cooperatives supplying electricity to 30 million people in Bangladesh. And Hans-Jürgen Beerfeltz, Secretary of State at Germany’s Development Ministry (BMZ), called cooperatives “an essential element” of development cooperation, which was “no longer aid provided by generous donors but investing in better opportunities”.

An ethical alternative to commercial banks

West Africa’s Confédération des Institutions financières (CIF) is based on an initiative launched in 2000 to promote credit and savings cooperative networks. CIF represents six major networks using the Raiffeisen credit model and operating in Benin, Burkina Faso, Mali, Senegal and Togo. It now has around three million members, 34 percent of them women. It took 17 years, and the combined efforts of rural and urban cooperative banks, for the cooperatives to make a profit in an environment with virtually nothing to accumulate. Alpha

Ouédraogo, General Manager of CIF, calls the now full-fledged financial service agencies “an ethical alternative to commercial banks”.
IRU Secretary General Paul Armbruster told the meeting that in Ecuador, training programmes were being run for loan officers and bank managers, and a government-supervised saving system was being developed with IRU and BMZ support. Other areas of activity included “early warning systems” against financial hazards, special software for credit institutions, and the artisanal and agricultural cooperative sectors. At macro-level, cooperative associations as well as legal frameworks were being established, also with German involvement.

Germany's Bank im Bistum Essen e.G. has been operating in the micro-financing sector for around five years. Its head of sustainability management Michael Sommer said that via clients wishing to invest money in the sector, loans could be provided for microcredits for women stallholders in Honduras who had formed a cooperative to support the creation of small businesses of their own. Today, the 20,000 women members of the cooperative can be found working as stallholders and bakers, and in other professions. Microcredits are in the range of 550 USD, with twelve months’ repayment. “Only an integrated approach with cooperative structures bringing individuals and institutions together can achieve such results,” Sommer said.

The Indian Cooperative Network for Women (ICNW), an IRU member, is the credit wing of the Working Women’s Forum (WWF), created in 1978 to support women in extreme poverty on the basis of cooperative ideals. ICNW provides low-interest loans to encourage entrepreneurship. Now reaching more than half a million poor entrepreneur women, it can boast a 98.74 per cent recovery rate in urban slums and rural areas. Training in new skills is also provided, with those fully developed as entrepreneurs then passing on their skills to others. ICNW President Jaya Arunachalam said the world was “experiencing a new kind of leadership, with collective wisdom for collective survival”.

Cooperatives in rural areas of the South were still confronted with big problems, Peter Püspök, Chairman of the Board, Oikokredit Austria, reported from a conference working group. Far more money was going into land grabbing than into microcredit schemes. Support from the North was important. “However, the North has to study the needs of the South very carefully,” Püspök emphasised. “The rules in the subsistence economy are different from those of the world economy.”

The presentations given at the IRU Conference can be downloaded at: www.iru.de