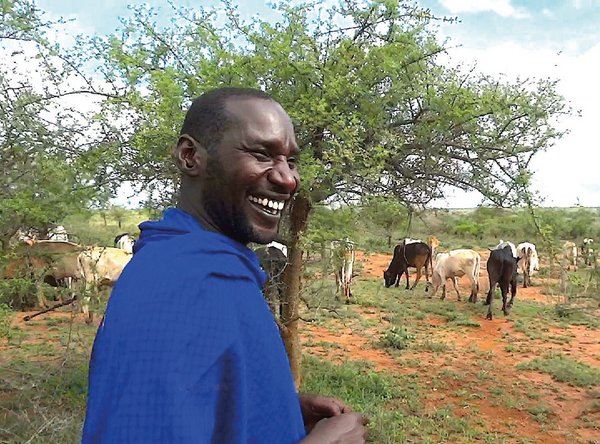 In the last ten years, land dispute between farmers and pastoralists has increased exponentially.
Photo: TNRF

The year 2016 marks 15 years since the new wave land reforms became operational in Tanzania. Despite its ambitious goals – encouraging land registration and titling, and empowering women and other vulnerable groups – the results are disillusioning. A brief overview of 15 years of implementation, using the Village Land Act as a case study.

In 1999, the Land Act, number 4 and the Village Land Act, number 5 were enacted to govern land administration in Tanzania. Both legislations started to be implemented in May 2001. Although numerous efforts have been made by the Government of Tanzania and other actors to implement the Village Land Act, progress has been slow and uneven, and has not moved beyond pilot projects. This brief urges that, given the insecurity that powerful interests are creating regarding the village lands, more needs to be done to increase the pace of implementation.

The Village Land Act in a nutshell

The Village Land Act, number 5 of 1999, refers to governance and administration of village land, which constitutes 70 per cent of the whole land mass of Tanzania Mainland (Gastorn, 2008). Other categories of land include general land (2 %; governed and regulated by Land Act number 4) and reserved land (28 %; governed by different legislations; (Gastorn, 2008). About 75 per cent of Tanzanians live on village land, and 80 per cent of them practise small-scale farming (Scoones et al 2015).

Among other things, the Village Land Act provides for equal rights to access, use and control of land. It is considered among the most revolutionary legislations in recognition and protection of the rights of women and vulnerable groups in sub-Saharan Africa and sanctions all customary traditions that are repugnant to the rights it provides. Moreover, the Act establishes some institutions responsible for village land governance, such as the Village Council, the Village Assembly and the Land Adjudication Committee, as well as the Village Land Council, which is responsible for mediating land disputes. Although the law gives the Village Council the powers to administer all village land on behalf of all villagers, all decisions on village land are made by the Village Assembly. The Village Land Act also stipulates a compensation package that a landholder is entitled to, procedures for land transfer and powers of the Village Council to grant certificate of customary rights of occupancy to villagers.
While the Act is progressive in accommodating customary rights and gender equity provisions, it is yet to achieve its aspirations 15 years down the line. In the following, some major milestones and challenges of implementation will be highlighted.

The land use plan: About 1,640 villages out of a registered total of 12,788 have undergone land use planning as of April 2016. Small budget allocation, land use conflicts, few skilled staff and the practice of subdivision of villages are some of the reasons for this snail-pace implementation of village land use plans.
Issuance of customary titles: As of April 2015, about 258,134 certificates of customary rights of occupancy (CCROs) were issued to individual villagers – a small number in a country of over 45 million people. The biggest challenge is that only few of these customary certificates have been accepted as collateral by financial institutions (Stein et al, 2016). There is growing scepticism from financial institutions over the security and acceptability of the customary certificates. Reasons noted by researchers are that CCROs are only registered at the District level and not at the Commissioner of Lands office and can hence easily be transferred to other villagers, and that in the event of default in repaying the loan, bankers can only exercise the right of sell to villagers who live in the village where the mortgaged land or property is located. To most bankers, this arrangement does not make business sense.

Land dispute settlement: The institutions responsible for land dispute settlement have been established from village to national level. However, those at the lower level do not function effectively and have a backlog of cases. For instance, as of April 2015, the District Land and Housing Tribunals had 18,033 pending cases and an average of 11,542 cases instituted each year. The whole system is fragmented and is governed by three different ministries (the ministry of lands, the ministry responsible for local government and the ministry responsible for justice), which is making accountability an uphill task (Massay, 2016). The call has been made to streamline the whole system in the Judiciary for accountability (URT, 2013). In the last ten years, land dispute between farmers and pastoralists has increased exponentially, and so have the conflicts between communities and investors (CARE, 2016). For example, the conflict between villagers and investors in the Kilombero, Kisarawe, Kilwa, Bagamoyo, Babati, Arumeru and Ngorongoro districts is well-known throughout the country. With most of the disputes occurring in village lands, institutions established by the Village Land Act are severely overstretched.

Rights of vulnerable groups: Although there are about 14 provisions in the Village Land Act that diligently safeguard rights of women and vulnerable groups, in practice, empirical evidence on the protection of women and vulnerable groups is insufficient. Women participation in investment deals has been very limited by traditional practices favouring patriarchy and the absence of legal requirements demanding women’s participation in the decision-making bodies at village level (Salsedo-La vina et al., 2016). In the recent past, there have been evictions of pastoralists and indigenous people by powerful investment groups in Loliondo, Kilombero and Bagamoyo. Although some women have been given land title in their own names and others jointly own land with their spouses, the available data are only project-based (Pedersen, 2013).

Co-ordination: When the Strategic Plan for Implementation of Land Laws (SPILL) was designed in 2005, co-ordination between and among sector ministries was the key factor for implementation. However, SPILL (2005) died a natural death precisely because of a lack of co-ordination (URT, 2013), and this is also seen in the land dispute settlement machinery and land use planning process. These have significantly affected the implementation of the Village Land Act. The Government of Tanzania developed SPILL (2013) by addressing some of the challenges that had hindered SPILL (2005).

Funding: The Ministry of Lands is not one of the priority ministries. It thus receives very limited budget, which contrasts with the large number of developments in the land sector that would warrant it to be the priority sector. In the last five financial years, the actual budget allocation for development projects of the Ministry of Lands has been sporadically decreasing, hitting zero allocation in 2014/2015 (Massay, 2016). The total costs of the activity set out in SPILL (2005) was established at 300.169 billion Tsh, of which 297.259 billion Tsh was out of the standard Government Medium-Term Expenditure Framework (MTEF) process. SPILL (2005) proposed that the funding outside of MTEF was to be obtained through a Land Administration Infrastructure Fund (LAIF) that was to be established as a levy on land. The LAIF was never implemented.

Review: The Village Land Act is perhaps the only land legislation that has survived review in 15 years of its implementation, as opposed to the Land Act, which has been amended more than eight times (URP, 2013; Tenga, 2015). This is notwithstanding the fact that the fifth pillar of the Government’s Kilimo Kwanza (Agriculture First) Policy, which aims at modernising the agricultural sector in Tanzania, proposed an amendment of the Village Land Act in order to make land acquisition for investment much easier (URT, 2009). At the moment, the Government of Tanzania is in the process of reviewing the National Land Policy of 1995. This review process will eventually lead to the review of all land laws, including the Village Land Act.

So far, the implementation of the Village Land Act has not moved beyond some pilot projects. The first project was launched in Mbozi District, renowned for its high-value agricultural production. In 2010 a total of 15,901 CCROs had been issued there, 1,930 (12 %) of which were in the name of women and 3,161 (20 %) were joint titles. Projects in other districts selected under various programmes followed, most recently the Land Tenure Support Programme (LTSP). Other stakeholders, such as international and local NGOs, have also contributed to the implementation work. Some best practices around land use planning of community grazing lands and the joint resource sharing plan in the rangelands have been developed and spearheaded by civil society organisations (CSOs). For example, the Ujamaa Community Resource Team (UCRT) and Tanzania Land Alliance (TALA) have managed to secure the first ever title deed of the community land owned by Hadza/Hadzabe indigenous ethnic group in Northern Tanzania. Tanzania Natural Resource Forum (TNRF) and the International Land Coalition (ILC) are among the pioneers of conducting joint resource land use planning in the rangelands.

While these are laudable efforts, there are other threats to tenure security in village lands. The country’s policy drive towards commercial agriculture, which is implemented in the Southern Agricultural Growth Corridor of Tanzania (SAGCOT), is one of such threats. SAGCOT region covers 300,000 square kilometres marketed for large-scale agribusiness that spark an agricultural revolution in the county. While this may be a good decision economically, it is likely to cause land pressure and evictions of landholders which will block the aspirations of the Village Land Act. There is need to increase awareness of communities on their rights, strengthen the institutions established by the Village Land Act, and holistically implement the law throughout the country. Fifteen years of implementation has fallen far short of the intended objectives of the law and has proved to be slow and uneven.

The main purpose of the Property and Business Formalisation Programme, in Swahili known as MKURABITA (Mpango wa Kurasimisha Rasilimali na Biashara Tanzania) is to empower the poor majority of the population in Tanzania by improving access to formal financial markets and other services through formalisation of property rights and businesses. In rural areas MKURABITA has carried out two major pilot projects; in Handeni at the end of 2006 and in Bagamoyo 2007-8, both aiming at testing innovations within land use planning and registration of rights in order to come up with a more efficient methodology for implementation of the Village Land Act. In one of the case villages, Mzeri in Handeni District, around 35 per cent of all titles issued at the end of 2010 had been joint titles in the name of at least a man and a woman, and around 20 per cent were in the name of one or more women.

Under the programme BRN (Big Results Now), the business environment laboratory was established to among other things; strengthen access to land and security of tenure laboratory.  One of the aspirations of the project is to register 11 million land parcels and make them available for sustainable investment by December 2016.

The overall purpose of BEST (Business Environment Strengthening for Tanzania Programme) is to reduce the burden on businesses by eradicating as many procedural and administrative barriers as possible and to improve the quality of services provided by the government to the private sector. The goal of the land sub-component is aimed at ‘reducing land disputes and the time taken to allocate and register land and mortgages from more than 60 days to less than 30 days’ to the benefit of small and medium size enterprises. In Babati and Bariadi districts alone, more than 30,000 CCROs were produced, almost 90 per cent of the project target.