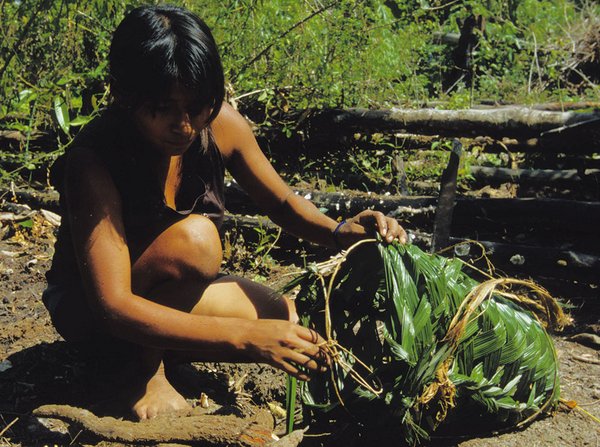 In the region, there was a paradigm shift in the concept of public investment policies for rural areas at the beginning of the 21st century, redefining the role family farms play in reducing poverty.
Photo: J. Boethling

For a long time, the agricultural policies of the Mercosur states ignored family farming, focusing on promoting individual crops and export production instead. Rural development was not on the agenda. Only after the turn of the millennium did a process of rethinking set in.

In the early 2000s it was not easy to find recognition of the existence of family farming in our region. Agricultural producers were large, medium and small, technically advanced – capitalised, or engaged in self-subsistence and decidedly poor and part of the problem that the lack of rural development posed.

Farming and/or agricultural policies were “vertical”, organised by produce types. Technologies were available for wheat, cattle, soy or rice and there were credits for wheat, sunflower, citrus or the dairy production. That was how the policies, instruments and resources were organised. They reached top-down to the territories individually, and were oriented towards those producers with the corresponding technical or market conditions, or with previous accumulation, and capable of receiving the instruments and adopting them as their own.

Family farming was not even recognised as an economic category of accumulation, as a social category of rural development, or as a productive category responsible for the production of a more than relevant share of the food consumed in the countries in question and worldwide. Everything was dumped into one single category – Agriculture – with infrastructure investment decisions that were typically mistimed, detached and split from the production and social needs in rural areas.

The old approach was excessively market-oriented, and the size of the economic scale was a key determinant in the model; it favoured those producers and/or traders that had the potential of actively inserting themselves to increase exports, making the most of our countries’ comparative advantages. However, conversion policies were developed for those producers who were unable to meet the demands of the markets. They would initially remain in the same industry, to later change to other areas of the economy. Ultimately, compensatory policies were generated, with projects and transfer programmes more or less linked to the production of food for self-sufficiency, for supplying local markets and finally marketing the surplus in the domestic markets.

Since 2000, and all along this fourteen-year process (2000–2013) in which the FIDA Mercosur Programme acted as a facilitator to support the construction of the platform for dialogue on public policies for family farming, there have been several changes in the political scenario, in the economic, commercial and financial environment, as well as several changes in the social context.

In the late 1990’s and early 2000’s, and led by Brazil, the governments in the region experienced an ideological shift, which resulted in changes in their approaches and public policy investment priorities on a macroeconomic scale, at a social level and in each sector. Governments started to focus on how to overcome the terrible economic crisis which the region had experienced as a consequence of the 1997/1998 Asian Crisis – with the devaluation of the Real in Brazil, the collapse of the Argentinean economy in late 2001 and the banking crisis in Uruguay in 2002. The aim was to alleviate poverty and indigence, redistribute income among the underprivileged and encourage the production sectors to go from the domestic market towards exports.

Almost a decade and a half have already elapsed, also coinciding with the most notable  reversal of historical trends in the terms of trade concerning the price of agricultural commodities, particularly that of food. Thanks to this economic phenomenon, all the Mercosur countries, being net food exporters (at least prior to the accession of Venezuela in 2012), have achieved a very significant and steady growth.

The poverty and indigence rates that the countries dragged since the above-mentioned crisis have been reduced. Starting in late 2002, the agriculture-related gross product has grown uninterruptedly, and farming has increased its share in the economy of these countries. Additional public investment resources became available, and investment in social and human development was clearly prioritised, and so was the development of food production, rescuing family farming as a sector.

Under the leadership of Brazil, the region began to recognise the socioeconomic status of family farming; a major paradigm shift was observed in the concept of public investment policies for the social and economic development of rural areas. A number of players were involved in the process, including leaders of social organisations representing family farming in the region, together with governments, through their Ministries of Agriculture and Rural Development. In turn, the International Fund for Agricultural Development – IFAD – played its recognised role of facilitator and partner for the design of effective and efficient policies and instruments to channel public investment. Together, the players gathered experience in the Mercosur legal and political framework, which certainly helped promote the paradigm shift, which is based on two premises.

First premise. Family farming in the Mercosur area is not synonymous with rural poverty. Actually, family farming is a broad and heterogeneous category, and across the world, the term is used to encompass not only families of poor farmers, but also families with a huge capacity for working, processing, investing, handling and managing their production systems – often with linkages to the markets.

Second premise. Family farming is part of the solution to the poverty issues in rural areas as long as it is recognised as such, and if it is addressed with differential public policies to guide investment and public services. The aim should not be to compensate those left out of the market, but to promote capacity building and associations and the development of appropriate technologies that incorporate value to products and facilitate trade, and to encourage private business partnerships.

In 2004, after four years of preparatory discussions and actions, Brazil proposed creating the Specialised Meeting on Family Farming of Mercosur (REAF). This is an advisory body of the key executive organs of the political/commercial block, as well as being an institutionalised policy dialogue platform on differentiated public policies for family farming.

The Mercosur countries have experienced that Policy Dialogue can be a very effective instrument for the improvement and strengthening of the regional integration process, providing an opportunity for the orderly participation of civil society. It has guided the discussions about the opportunities that stem from the integration of the nations in the political/economic block and about how to prevent the necessary adjustments to the process from falling on the backs of the weak and of a rural population that is strategic for the balanced development of the region.

The policy dialogue process has given rise to more and better public policies for family farming in each country, enriched and harmonised by the exchanges between countries from the beginning. One example of this is the process through which all the countries in the region have passed new rules and regulations to incorporate family agriculture as a core supplier in the states’ public procurement programmes as they implement their food security strategies.

This requires not only an analysis and exchange of views to adjust and to implement any changes required in the existing regulations; it also demands policies that empower family farmers and their organisations so that they can become state suppliers (by providing them technical assistance and outreach as well as financing and investment in farms and rural organisations). Only then will they be in a position to act as government “reliable suppliers”, respecting best price conditions, ensuring timeliness in delivery, quality and – first and foremost – ensuring food safety and the respect for plant and animal health rules and standards.

In the ten years of REAF’s history, four indicators have been used to show the progress made by the region in terms of public policy for family farming:

(a) The number of legal/administrative instruments (laws, decrees, resolutions) aimed at creating tools to support family farming that can be identified in each country.
(b) The new modern and enhanced public framework that has been incorporated in the countries of the region, comprising e.g. the Secretariat for Rural Development and Family Agriculture of the Ministry of Agriculture, Livestock and Fishery of Argentina, the General Directorate for Rural Development of the Uruguayan Ministry of Agriculture, Livestock and Fishery (MGAP), and the Directorate for the Support of Family Farming of the MAG of Paraguay.
(c) The increase in the population covered (more beneficiaries).
(d) The increased budget; from 2004 to 2013 budgets were increased by 308 per cent in Argentina, 450 per cent in Brazil, 306 per cent in Paraguay and 1,029 per cent in Uruguay.

In REAF’s Policy Dialogue discussions, the six countries have addressed topics such as:

More than a mere commemoration

In the three or four years before the United Nations General Assembly designated 2014 as the International Year of Family Farming, the social organisations that represent family farming in the different continents and regions, supported and encouraged by the World Rural Forum, raised the issue and put it on the table for consideration by the international community. Social, professional and political support, as well as that of unions, was gradually obtained until consensus was reached after some debate, and the Delegations at the Assembly promoted and voted the appropriateness of designating 2014 as the International Year of Family Farming (IYFF).

The great challenge for social actors and promoters of the IYFF has been to move from remembrance (legitimate and well deserved) to the ratification of the institutional, political and budgetary space that would facilitate a sustained improvement in income, quality of life and opportunities for progress and social justice for the rural dwellers, including the families engaged in agriculture.

Today, we have an opportunity to make the International Year of Family Farming go well beyond a mere commemoration. The people’s representatives, law-makers and political leaders from a range of philosophical backgrounds should learn about and debate these concepts, new paradigms and new instruments of public policy.

Preparing ourselves to meet the challenges of the future is not enough; the future must be built. The focus of the coming years will be to build upon what has already been consolidated and to continue to “open” and “refreshen” the agenda with new proposals.

In 1999, the International Fund for Agricultural Development (IFAD/FIDA) approved the first grant for the governments of Mercosur (which was then Argentina, Brazil, Paraguay and Uruguay and has since been joined by Venezuela), plus Chile and Bolivia. The aim was to support the institutionalisation of policies that promote rural development and alleviation of poverty. Since then, the programme has been extended several times. In 2012 the Programme passed to depend on CLAEH, the Centro Latinoamericano de Economía Humana. CLAEH is a Uruguayan non-governmental organisation that campaigns for democratic and socially-balanced regional development and a university institute.