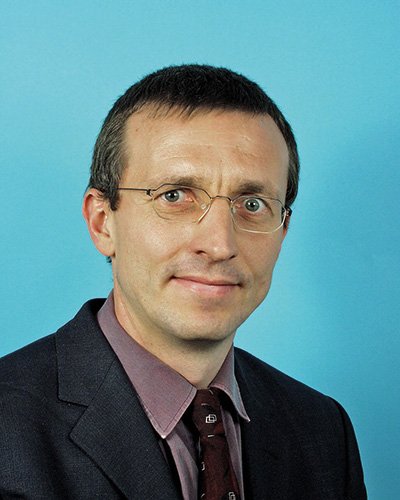 Meant well doesn’t always mean done well. The Sustainable Development Goals are all set to undermine themselves, Stephan Klasen maintains. The worst aspect is that people, who really ought to be at the focus, threaten to fall by the wayside in this technocratic maze of hundreds of goals, targets, and indicators.

This year marks the end of the Millennium Development Goals (MDGs) and will likely be the year where the Sustainable Development Goals (SDGs), meant to shape the global agenda until 2030, will be concluded. The MDGs have left a sizable mark on the global development agenda. In particular, they helped to galvanise global action around addressing the worst aspects of human deprivation, including disease and mortality, lack of education and abject poverty. This, together with their being limited in number, was key to the success of the MDGs. Particularly the first seven goals rightly focused on central development outcomes and on people and the lives they aspire to live (with the 8th goal detailing some means to achieving these outcomes). They were linked closely to the capability approach and the associated concepts of human development and multidimensional poverty of the Indian economist and philosopher Amartya Sen. Remarkably, many more MDG targets will be reached this year than seemed conceivable five or ten years ago. However, the process of how the MDGs were developed was widely seen as problematic. While they had been based on the outcome documents of the UN conferences of the 1990s, this goal system was first developed at the Organisation for Economic Co-operation and Development’s Development Assistance Committee – OECD-DAC and then adapted in 2000 without much further discussion and negotiation by the UN to become the MDGs.

To improve this, a much broader and inclusive process was adopted. It included several work streams from within the UN system, the non-governmental Sustainable Development Solutions Network, and a High-Level Panel broadly representing the world’s political leadership, all being brought together by the Open Working Group of the General Assembly which also merged the post-2015 development agenda with the sustainability agenda emanating from the Rio process. Remarkably, this large process is now on track to produce a set of SDGs with targets and indicators by the deadline of this September.

While the process has been much improved, how is the outcome? The SDGs to be generated by this process were, to quote from the relevant General Assembly (GA) resolution, supposed to be “action-oriented, concise and easy to communicate, limited in number, aspirational, global in nature and universally applicable to all countries, while taking into account different national realities, capacities and levels of development and respecting national policies and priorities”. What we got instead is an explosion of goals and targets of dubious merit. From 8 goals and initially 18 targets for the MDGs, the Open Working Group for the SDGs have proposed 17 goals and associated 169 targets. Where there were 48 indicators to monitor the MDGs, people at the UN Statistical Commission estimate that there will need to be around 1,000 (!) indicators to monitor pro-gress towards the SDGs; and they are now charged with the thankless task of devising this list.

Randomness instead of clear priorities

What’s wrong with that? After all, isn’t it right that the SDGs reflect the many dimensions relevant to development and improvements in the human condition? I argue there is plenty wrong with such an exploded goals-targets-indicators system. First, it was hard enough for many poor countries and small agencies to track progress in the MDG system. Data was scarce, capacity is limited, and funds are tight. Now countries are supposed to track 1,000 indicators to help them assess whether they are making progress towards the 169 targets. This is mission impossible for all but the most sophisticated and well-endowed statistical systems in the world. Second, assessing the results of all this mass of data is similarly impossible. Do I just count to assess whether a country is making more progress than another? Does making progress in 379 indicators beat making progress in 377? Does it matter which indicators are included? And who is able to communicate these results in a meaningful way to the public? Closely related to this is a third problem: The SDGs have lost all sense of priorities. Now reducing child mortality is just as much a target as improving the recycling of water. Eliminating abject income poverty is just as important as promoting regional and national development planning or improved public procurement practices.

Fourth, there is also plenty of intellectual confusion. In particular, now some targets are ends (such as improving education, reducing undernutrition or poverty), while others are means which may or may not lead to desirable ends in terms of human well-being. By placing them all on the same level, we risk focusing our attention on means rather than ends. For example, reducing maternal mortality to below 70 per 100,000 is a crucial well-being outcome. Improving the information on food markets and food reserves is hardly an end in itself but might have an impact on availability of food and hunger in some circumstances. But both are now treated as targets with equal standing in the new SDG system. Putting means and ends on the same level is a serious step backwards from the human development paradigm or Sen’s capability approach both of which firmly focus on well-being outcomes as the key focus of our attention. Absurdly, after slowly realising that high economic growth is neither a necessary nor sufficient means of overcoming most deprivations, the SDGs now also include seven per cent economic growth as a target for least-developed countries. One only needs to look at Equatorial Guinea, a least-developed country that has achieved such high economic growth in recent years with little improvement in human development to show for it. Growth may be an important means to overcome deprivations in many contexts, but it is the deprivations we should focus on. Moreover, there are many means to achieve these crucial well-being outcomes. As we also often hear in the corridors in New York, there is no ‘one size that fits all’, whereas listing some means as done in the SDGs suggests precisely that there is one blueprint for development.

Where do people come in?

Lastly, what is lost in all this mess is the human beings whose deprivation ought to be at the centre of attention. We are now in a technocratic maze of indicators, targets and goals, many of which have nothing to do with people. For example, doubling the rate of improvement of energy efficiency is likely to be a good thing, but how will it concretely improve the lives of deprived populations? Neither is there anything wrong with sustainable local tourism, but again no connection to the lives of deprived people is made. Enhancing scientific capacities is also definitely desirable, but will it invariably lead to improved lives for the deprived? The greatest strength of the MDGs, its focus on people and their deprivations, is totally lost here.

How could this explosion of goals and targets come about? As I already outlined in more detail in 2012 (see Klasen, 2012), one risk of the SDG process was that it opened the door to lobbying and special pleading from all quarters, ranging from specialised UN agencies who want their pet concern be reflected to specialised NGOs who also want the SDGs to push their agenda. And then of course there are the many actors involved, including donors, academics, national governments, civil society, all having bright ideas about suitable goals and targets. Rather than committing right from the start to a very low number of goals and targets (as called for in the General Assembly resolution), the High-Level Panel and, even more so, the Open Working Group took the easy way out and just allowed goals and targets to proliferate. This way everyone could get accommodated at apparently no cost. And once this merry process of adding ever more goals and targets got under way, there was no way to stop it. After all, how can you deny the wish to add another target if you have already allowed targets to accumulate?

Is there yet a way to channel this madness into something useful? It seems politically difficult now to abandon the outcome of the Open Working Group. And indeed it is nearly impossible now to reduce the number of goals and targets to a manageable number, without restarting the entire process from scratch. But there is one potential way out. It is now widely recognised within the UN system that SDGs with 1,000+ indicators just won’t fly. So they are looking for ways to develop a core set of indicators that would be able to reflect the most important aspects of the SDGs in just a few indicators. I would propose that the core set of indicators be no more than ten indicators and focus directly on the most egregious deprivations that humans suffer and that we want to banish from the planet. This way the SDG process would give the world what it needs and wanted, and what the GA resolution intended: SDGs that are “action-oriented, concise and easy to communicate, limited in number, and aspirational”. Behind these headline numbers, let the cognoscenti that created this SDG mess then spend the next 15 years devising ways to optimise policy-making in 169-dimensional space.

United Nations (2014): Report of the Open Working Group of the General Assembly on Sustainable Development Goals. UN Document A/68/970.

Klasen, S. (2012): MDGs Post-2015: What to do?  Courant Research Center ‘Poverty, equity, and growth in developing and transition countries’.  Discussion Paper No. 123.  University of Göttingen.