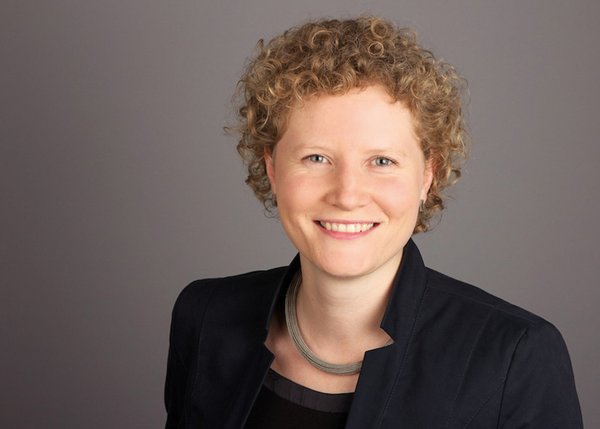 Alina Gumpert is Managing Director of the German Agribusiness Alliance.

What contribution can the private sector make to training and employing young people in the Global South? Rural21 talked to Alina Gumpert about training systems, corporate culture and young people’s aspirations.

Ms Gumpert, a large number of German companies are also active in the Global South. What can these companies offer considering the prospects for rural youth?
Quite a lot. The firms operating production sites at local level require skilled employees, for instance in mechanical engineering, as toolmakers or as electricians. So while they offer jobs, they are also involved in providing young people with the necessary specialist skills. To ensure this, they often co-operate with the training organisations or the chambers of foreign trade at local level.

Furthermore, there are companies that work together with farmers, which also involves a lot of knowledge transfer, even though this is not formal training. The same applies to co-operating with service providers, for example in the after-sales area. For instance, many dealers in farming machinery have their own workshops. Knowledge imparted via co-operating, as is the case with mechanics, also benefits young people in other areas. So training or further education is indirectly performed in many fields.

But primarily regarding company-specific specialist knowhow?
Not necessarily. In numerous countries, the formal training system does not impart the skills young people need to find jobs. Here, many companies first of all have to provide basic education and training in order to get skilled labour. And then there is the confusing education market. India, for example, has a large number of private education institutions alongside those run by the government. No doubt many of the private ones are good, but assessing the quality of training in these institutions is often very difficult for outsiders. Any institution can call itself a “university” or “college”, and not every diploma has been acquired “legally”. So the reports of graduates given do not necessarily indicate their level of knowledge, as is at least to a certain degree the case in Germany when for example a Chamber of Trade and Industry report has been annexed to an application. Of course an individual’s qualifications are not reflected solely in marks. A lot can be established in personal interviews, but this costs employees responsible for staffing time.

This is one reason why many companies organise their own vocational education and training programmes. They have a look at which training institution fits in best with what they do and then develop curricula together with it. Such collaboration enables them to ensure that graduates from these programmes have a certain level of skills. The graduates, in turn, know that they can reckon with a future with the company.

Could Germany’s dual education and training concept of combining vocational school education and in-house training be of any use here?
It would make sense, only that it doesn’t fit in with the system. Dual education and training is based on very close co-operation between the education institution and the private sector. Although there are indeed enough firms in countries like India that are economically strong enough to implement such a concept, the question remains whether they would actually do it. This already starts with practical training. Taking someone on who lacks training or studying and simply leaving him or her to do the work, that is, not just having an individual looking on but actually trying things out requires considerable trust on the part of companies, which most of them are entirely unfamiliar with. The second aspect is formal training itself. Many countries do have training and education institutions resembling our vocational schools, such as the colleges. But the reason they are called colleges is that they impart knowledge. In the case of the technical colleges, for example, this may also have a practical dimension, but there are no arrangements to generally provide students with a practical approach.

So it is not possible to simply copy our system, which, after all, developed over the past 100 years. But it could indeed make sense to adopt certain aspects or even the core notion – although one always has to consider whether it fits in with the entrepreneurial and labour culture in the respective countries in the first place. And also how the countries seek to organise their training systems themselves.

Has school education equipped the young people with the abilities they need for training or to attain a higher qualification?
Given the large number of countries and regions, one can’t generalise here. A very large number of schools certainly do provide very good education. But for several reasons, on average, education in rural regions in particular often lacks the quality to ensure that young people have the necessary basic mathematical and linguistic skills. Furthermore, those who have enjoyed good education usually do not take up a practical profession but wish to study. Many young people fail to recognise what a vocational qualification is really worth. Especially in the countries of the Global South, they expect university education to provide them with a better income. Unlike Germany, many other countries have not gained the experience that skilled workers can earn good wages. Furthermore, practical professions do not enjoy such high prestige, an aspect that applies in particular to agriculture.

What other problems are companies seeking to provide training at local level confronted with?
One challenge is the general increase in fluctuation. If a company has become specialised in a certain area and possibly also made major investments and the young people then leave after two years, this is of course a problem. On the other hand, many companies running practical training in the context of collaborative schemes with the chambers of foreign trade or iMove – a German Federal Ministry of Education and Research (BMBF) initiative for international co-operation in vocational education and training – have told me that the benefits are higher than the risk. If they co-operate with the college and take on several young people in the programme, this gives them the opportunity to spot their own suitable candidates through trying things out and watching individuals on the job over longer periods. If an individual then stays on, the investment has been worthwhile for the company. The trick is to always find the right balance.

Alina Gumpert is Managing Director of the German Agribusiness Alliance, a joint initiative by German associations and companies operating in the agricultural and food industry sector which are involved in co-operating with emerging and developing countries as well as economies in transformation, aiming to support modernising the sector. In this context, the German Agribusiness Alliance co-perates with several regional associations, the German Asia-Pacific Business Association and the German Committee on Eastern European Economic Relations, and it co-operates with the German African Business Association.
https://www.german-agribusiness-alliance.de