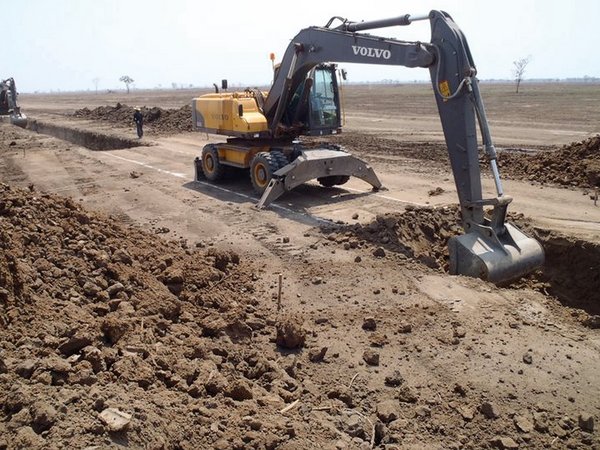 The buying up of farmland by international investors is viewed highly critically. However, sweeping judgements could be inappropriate, as our author demonstrates with survey results from Ethiopia and Uganda.

Increased farmland transaction in Ethiopia and Uganda following the globally rising interest in acquiring farmland in 2008/2009 received considerable media attention. While not all media reports about foreign acquisitions were confirmed, and in both cases domestic investors accounted for the biggest number of deals, significant amounts of farmland have been rented by international investors for agricultural production (Baumgartner, 2012; Zeemeijer, 2012). These international acquisitions, often coined as “land grabs”, were criticised for violating local communities’ legitimate land use and ownership rights, causing environmental degradation and contributing to elite-capture and corruption. Yet, in-depth studies about socio-economic impacts confirm positive outcomes for a significant share of the local population (Väth, 2013; Herrmann & Grote, 2015; Baumgartner et al., 2015). In my analysis of two large investments producing rice for domestic and export markets in the western lowlands of Ethiopia (Gambela, Saudi Star) and in the east of Uganda (Bugiri, Tilda Rice), I examined the impacts of an early-stage investment as well as a more mature one (Baumgartner, 2016). The case in Ethiopia was only three years old when I collected the data. In Uganda, although under changing management, the investment had existed for over 40 years, giving an opportunity to look at long-term impacts on the local rural economy. While crop specifics and case-study approach limit a general application of these findings, some interesting conclusions can be drawn.

These large-scale land acquisitions and subsequent investments affect the local population and rural economy through a number of channels (see Figure). An analysis of the range of these channels gives an idea of what could be referred to as the “net impact”. The cases studied in Ethiopia and Uganda revealed the following results (Baumgartner, 2016):

1. Access to, use and value of land is the direct and yet complex channel that affects the local economy. In the Ethiopian lowland of Gambela, population density is very low, making land a relatively abundant resource, and hence the investment did not lead to conflicts over land. On the contrary, it triggered an increase in the value of labour. In Uganda, land values rose, but traditional rights were maintained and cultivation was intensified.

2. In both cases, the arrival of large-scale investors created an off-farm labour market that led to an increase in wages. This is probably the single most important positive impact, boosting
the local non-farm rural economy, offering employment and business opportunities, and introducing cash into a hamstringed local economy.

3. However, acquisitions also affect the broader natural resource context. Often investors are given land that was not directly cultivated by local communities, but is still used on a seasonal basis or for less intensive livelihood strategies such as gathering, hunting or grazing. Losing access to these resources hence threatens their livelihood, which might be further aggravated by deteriorated water quality and availability. In the case of Ethiopia, the loss of hunting grounds accounted for an income loss of some four per cent for one community (Baumgartner et al., 2015).

4. In the medium and long-term, larger scale production units are likely to change the technology and organisation of production within the surrounding economy. In both cases, the initial investor introduced a new crop: rice. Agronomists tested existing varieties and bred adapted ones. In Uganda, it took one generation of smallholders to fully venture into rice production on their own plots, but now, 30 years after the investment started, the district is referred to as Uganda’s rice basket, and a vibrant rice value chain has emerged providing additional income from cash crop and off-farm employment at local level. While the introduction of the crop was intended, the further spread of rice millers and traders was not.

5. Finally, these investments can lead to institutional change and hence affect how the local economy is governed. Part of this institutional change occurs “bottom-up” as smallholders organise themselves and shape their institutional environment. Examples of this can be seen in Bugiri, where, during the 1990s out-growers operated a major share of former company land, also using its machinery. These out-growers later formed other groups which today trade the grains, run savings groups and partly still engage with the company, while others have become independent and sell their rice to local markets. Secondly, a land rental market has emerged around the investment in Uganda. The introduction of rice led to the conversion of wetlands into rice fields. Customary law was able to govern the land titling, where farmers with adjacent farmland gained ownership rights over the wetlands. By the mid-1990s, all of the wetlands had been convert-ed. Since then, a land-rental market has efficiently made land available to smallholders who want to cultivate more rice. A second way that institutions change is through “top-down” creation and enforcement of new rules of transacting. In both cases, the local authorities were supposed to supervise the investors’ development of leased land. Both authorities stat-ed that they did not have sufficient information to judge this and hence relied on documentation provided by the investor. While in Ethiopia, central government has strongly committed to enforce compliance with national law, and started to cancel non-performing contracts in 2013, it remains to be seen how often well-connected investors actually have to face consequence of breaching their contracts (which are often not well defined; Cortula & Vermulen, 2010). 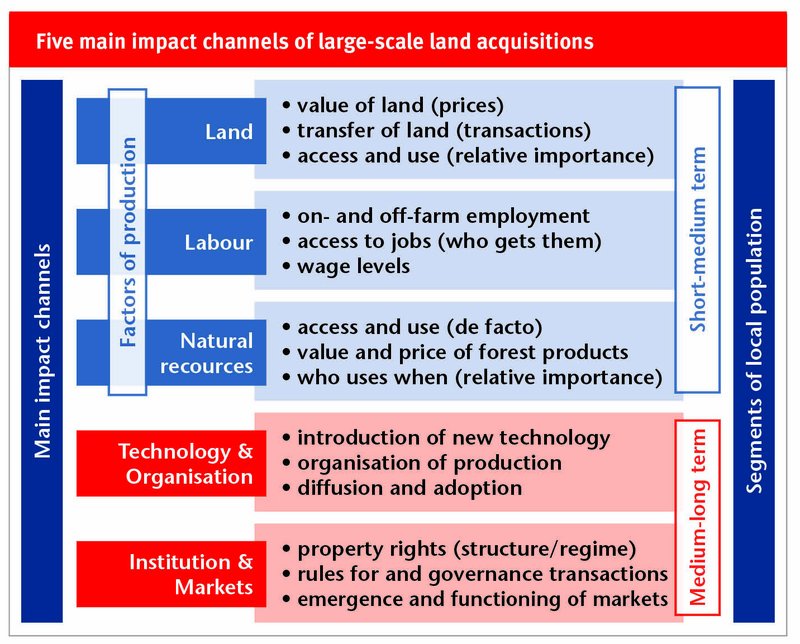 Gains might outweigh losses, yet inequality is likely to rise

In both cases analysed in depth, I would conclude that positive socio-economic impacts outweighed losses. Inequality has increased and is likely to do so further in the Gambela case, bearing a huge risk for re-starting violent conflict. Simulations of the impact showed a growing divide between the two local ethnic groups, with the already better off faster in seizing opportunities opening up. Yet on average, both groups gained significantly from the increasing employment and off-farm activities linked to the emergence of the investment. Their per-capita incomes are estimated to rise by 53 per cent and 58 per cent respectively over the coming 8–12 years (Baumgartner et al., 2015). On average, rice-growers in Uganda are richer than non-rice growers today, and households stated that occasional employment created by the investment helped to build start-up capital, acquire (more) farmland, or endure hardship. However, there were unequal levels of participation in the opportunities, and some groups lost out relatively more, causing social tension and even local conflict.

Large-scale investments can have significant poverty-reducing impacts for big shares of the local population. However, the real threat remains that they violate legitimate, although not always legally formalised, user and ownership rights, as well as contributing to social and economic inequality among local communities. Hence, governments and donors are encouraged to invest time and resources in the early stage of negotiation and clarification of roles, responsibilities and mitigation mechanisms in case of conflicts (Nolte & Väth, 2015). Compensating ‘losers’ and supporting exit options out of agriculture are key. Assisting community members, e.g. through capacitating them with skills required by the investor (e.g. tractor driving), can be small in cost yet create big income gains. Similarly, participatory supervision of compliance with contract details, through stronger local-level government capacity, but also involvement of communities and NGOs, remain necessary, since not all foreign and domestic investors act in the best sense for the communities that are most affected. Leadership at the farm management and community level plays a key role in navigating through these transformations. Strengthening leadership and supporting mechanisms of accountability and regular communication matters in this regard. Finally, our simulations showed that integrated models, which link smallholder and large-scale production, can have similar poverty impacts, with less risk of shocks and lower inequality (Baumgartner et al., 2015). Hence innovation around operational models for large-scale agricultural production linking it with existing smallholders, rather than seeing the two as a contradiction, should be a priority.

Väth, S. J. (2013). Gaining neighbours or big losers: what happened when the large-scale, land based investment in the Ghanaian oil palm sector met the local population on the ground? LDPI Working Paper, 24, 1–31.

Zeemeijer, I. (2012). Who gets what, when and how? New Corporate Land Acquistions and the Impact on Local Livelihoods in Uganda. Leiden University.