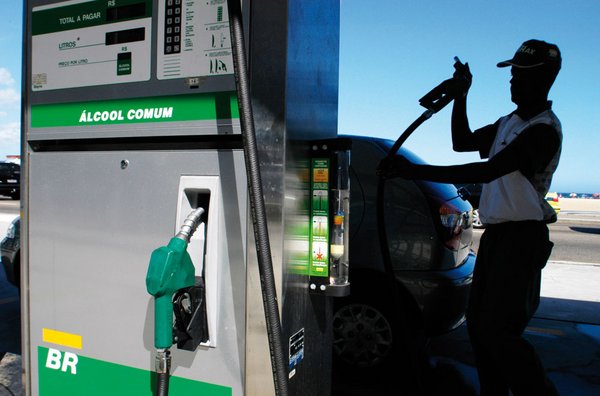 Biofuel production has been one of the factors behind the 2007–08 food crisis (Headey and Fan 2010). Between 2000 and 2007, 30 percent of cereal price increases were due to biofuel expansion (Rosegrant, 2008). Rising global prices

for fossil fuel have led countries to search for alternative energy sources, especially over the past decade. Developing and developed countries alike have invested massively in biofuel production in the hopes of enhancing their energy inde- pendence and reducing carbon emis- sions of the transport sector. The United States and Europe have supported biofuel production through policy tools known as mandates (which require a minimum percentage of biofuels consumption and in some cases production increases) and financial incentives such as subsidies and tariffs. This has encouraged competition between biofuel and food production at the farm level, which is threatening global food security in a context of high food price volatility. Led by the United States, Europe, Australia and Brazil, global biofuel production has doubled in less than six years, reaching 140 billion litres in 2011. In the United States and Europe alone, biofuel production has continued to increase, growing by 70 percent since the 2007–08 food crisis. This has led to more land being used to produce biofuels, which has significant impacts on the agri- cultural landscape as well as the food and feed markets (Al-Riffai et al. 2010).

In the United States, ethanol production has increased at an average rate of 21 per- cent a year since 2000. The 2005 Energy Policy Act, followed by the 2007 Energy Independence and Security Act set mini- mum renewable energy standards for ma- jor oil producers and refiners. This resulted in striking peaks in biofuel production, maize prices and arable land: between 2005 and 2007, the area used to harvest maize increased by 15 percent, maize production rose by 17 percent and biofuel production grew by 80 percent, and then more than doubled during the following year (OECD Stats 2011). This has had a considerable impact on international food prices, especially for maize, which rose

30 percent of sugarcane production will go towards biofuel production by 2020 (OECD-FAO 2011).

At this moment in time, the environmen- tal and food security costs of biofuels

far outweigh their potential benefits. According to the International Energy Agency, biofuel from maize requires high energy inputs and results in small

(15 percent) carbon emission reduc- tions, in comparison with traditional fuel. In contrast, sugarcane biofuel is more energy efficient and can save up to 90 percent of carbon emissions. Moreover, biofuel made from grain feedstock is both water and fertiliser intensive, which can damage soil fertility, posing additional threats to food production and food se- curity. Research and development efforts should focus on second-generation bio- fuels made from cellulose, hemicellulose or lignin. In the long run, the benefits and threats of crop-based biofuel production for food security and environmental sus- tainability need to be carefully evaluated in terms of their absolute contribution to lowering greenhouse gas emissions and transport fuels’ carbon intensity.

As the G-20 agriculture ministers recog- nised in 2011, the relationships between biofuels and food production, price volatility and environmental sustainability should be further investigated. Although biofuels have a role to play, they cannot be the single solution for reducing green- house gases and promoting energy secu- rity and rural development in Europe and the United States. As an alternative, the United States and Europe should develop new renewable energy technologies that avoid the competition for land and water between biofuel and food crops. National and regional policies must curtail the use of grain feedstock to produce biofuels and support biofuel production from en- ergy efficient inputs that do not compete with food production. The focus should be on advanced biofuels, alternative feedstocks for biofuels and energy ef- ficiency. Such policies will help lower the grain demand for biofuel and therefore curb the ongoing food-fuel competition. This should relieve some of the pressures that are pushing maize prices up. In the meantime, the expansion of biofuel pro- duction should continue to be carefully monitored in order to ensure that it does not divert farmers from producing food crops and that it does not lead to higher food prices.