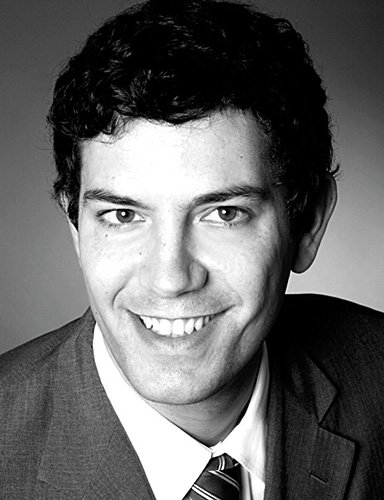 “We need more money for R&D on diseases of poverty!”

Given the magnitude of the problem, spending on research into poverty-related and neglected tropical diseases is by far not sufficient. Are experiences with the recent Ebola epidemic and the resolutions adopted by this year’s G7 Conferences going to bring about changes? An assessment by Maximilian Geigenmüller of Deutsche Stiftung Weltbevoelkerung.

Rural 21: Mr Geigenmüller, why is DSW engaging in the issue of research and development on poverty-related and neglected diseases?
Maximilian Geigenmüller: Sexual and reproductive health and rights form the core of DSW’s activities. From here, it is just a small step to the area of communicable diseases such as HIV and AIDS or, for example, the specific threat that a malaria infection poses to expecting mothers. We are concerned with ensuring optimum health conditions. For this is vital to enable people to act as independent, self-determining, free individuals who can make the best of the circumstances they are living in. Now, taking the three top-tier infectious diseases, AIDS, tuberculosis and malaria, as well as the 17 neglected tropical diseases, we are then talking about around two billion people world-wide who are directly affected. A major share of these diseases is avoidable or could be contained with relatively small additional efforts. Unfortunately, however, only very little is being invested here.

Why is this the case?
A major proportion of the people affected or threatened by poverty-related and neglected diseases – PRNDs for short – are among the poorer groups in society in low- and middle-income countries, which means they do not have much purchasing power. Therefore, conventional pharmaceutical industry has relatively little interest in developing new drugs, vaccines or diagnostics for this target group. This market failure is also referred to as the 10:90 gap: only ten per cent of global health research is devoted to the diseases of poverty, which account for 90 per cent of the global disease burden.

But at least the topic of health has once again attracted more political attention this year; the G7 Conference comes to mind here. Does that make you optimistic?
Global health has generally gained more weight in the development and research agenda over the last ten to fifteen years. This is, for example, reflected by the fact that a new malaria vaccine was approved just recently. The agent it is based on “only” works with children, and it has proved effective among a mere third of test persons, but it does represent progress on the way to what could be a comprehensive vaccine. And we do of course welcome the fact that German 2015 G7 presidency has chosen the topic as one of its priorities. In addition, Germany hosted this year’s replenishment conference for Gavi, the Vaccine Alliance. This conference was also a great success, with Germany committing 720 million euros to the fund from 2016 to 2020.

Let’s stick to the financial aspects. How much money is available for R&D on PRNDs?
Since 2008, the Australian think tank Policy Cures has annually published the G-Finder, a report on tropical disease funding data. According to the G-Finder, just below 3.38 billion US dollars was spent in all on neglected disease R&D in 2014. This may sound like a lot, but if you have a look at the range and the number of patients, it is hardly anything. Just for comparison, alone the pharmaceutical corporation Pfizer spends an annual eight billion US dollars on R&D. Public investments account for around 2.2 billion US dollars of the above-mentioned 3.38 billion, while the rest consists of philanthropic and private financing. The biggest government donor in 2014 was the USA, at 1.53 billion US dollars, while the European Commission came up second, albeit with just 126 million US dollars. With a contribution of 54 million US dollars, Germany was fifth among the public funders.

What exactly is the money used for?
For one thing, national and international research institutes are supported. Second, we very much welcome that the money is also used to fund Product Development Partnerships (PDPs). Over the last four-and-a-half years, Germany’s Federal Ministry of Education and Research (BMBF) has supported four of these partnerships with a total of 26 million euros: the Drugs for Neglected Diseases Initiative, which researches the development of new drugs to treat children, the Dengue Vaccine Initiative, the European Vaccines Initiative, which develops vaccine against malaria and other poverty-related diseases, and the Foundation for Innovative New Diagnostics, which works on diagnostics for several diseases such as tuberculosis, Leishmaniasis and sleeping disease.

Shortly after the G7 Research Ministers Conference, which Germany chaired in October of this year, the Ministry announced a call for a second PDP founding round, for which 50 million euros is to be available for 2016 to 2021. Although we had advocated for a sum of 100 million euros for four years, this still represents almost a doubling of what was available in the first round of funding.

What is special about PDPs?
PDPs are international non-profit organisations that develop drugs, vaccines and diagnostics for PRNDs in co-operation with pharmaceutical companies and public and academic research institutions. They have already been in existence for more than 20 years, and their advantage is that their activities are output-oriented. Allocation of public research funding is justified because they help introducing a product on the market at a low price, which makes it much easier to get that product to the people who need it. Perhaps this is what makes them different from classical university research, where academic interests tend to be at the core, or classical pharmaceutical research, which aims for profit. By performing a networking role and bringing together many stakeholders from various countries and in the countries affected themselves and partly being supported by public funding, the PDPs distribute the risk of a trial run not being successful among a relatively large number of actors.

Who are the biggest PDP supporters?
Philanthropic and aid agency funders provide the vast majority of PDP funding, with the Gates Foundation in the lead. In Europe, the United Kingdom is very active, supporting PDPs with 200 million euros in research funding over five years. In addition, together with the Gates Foundation, the UK government recently launched a research and care fund to combat malaria and other infectious diseases that is supported with 1.5 billion euros. While the German activities tend to be very positive, they appear inappropriate given Germany’s economic clout and its significance as a centre of research.

Can the recent Ebola outbreak give a boost to R&D funding?
If any good is to come of this horrible epidemic, it is to show that infectious diseases are not static but develop relatively dynamically and in a globalised world can also affect the industrialised countries. One example here is tuberculosis, which we long believed to have eradicated; now we are witnessing a sort of comeback in Europe, albeit not of an alarming magnitude. In the course of climate change, controlling vectors, such as those of malaria, will certainly also have to be considered.

How are the worst affected countries contributing to disease eradication?
In many low- and middle-income countries, the research budgets are simply too small. Nevertheless, the potential of institutions there should not be underestimated. Often, as in the case of the Uganda Virus Research Institute, they are now international research hubs to which, for instance, many international scientists take part in research and development. Making use of the research potential in these countries and building capacities is one of the objectives being pursued by PDPs.

So the countries affected are very much interested in PDPs?
Yes, they are. And interest has been growing. This is despite R&D trials being such a long-term effort with often uncertain outcomes – there is no guarantee that an agent that is going through a clinical trial will actually work in the end. There are, however, really good examples of various PDPs that have developed new drugs from the so-called “low-hanging fruits” within a short period. Regarding tropical and poverty-related diseases, new drugs need not mean that vaccination or therapies are developed for the very first time; in many instances, the aim can also be to create more consumer-friendly therapies. For example, a “classic” tuberculosis therapy is very complicated and entails severe side-effects. Now, if a patient in an African country with a weak or non-existent social security system cannot go to work for six months owing to the therapy, there is a considerable danger of him or her dropping out of therapy before it is finished. Such premature therapy termination is one of the factors that led to the emergence of multi-resistant tuberculosis. So often, new, better, cheaper and more consumer-friendly therapies need to be developed that reach people better, for example oral vaccination instead of injections, or medications which require no cold chain.

What do you expect of German and international politics in this respect?
Purely in terms of R&D concerning poverty-related diseases, we want German politicians to clearly commit to providing more PRND R&D funding. We are fully aware that this is not an issue that is as easily communicated to a broader population as for example fighting hunger and building hospitals – but developing new and better health products for the poor is equally important. We mustn’t forget that, each year, these diseases kill 6.5 million people and severely inhibit a further 350 million. Here, overall moral responsibility also has to be borne in mind.

At international level, I would like to see efforts under multilateral stewardship to focus capacities and create synergies in order to avoid duplication of research and research funding – for example via an international research fund that the WHO would be in charge of and for which it could ensure optimum efficiency in research spending. We hope that the attention currently given to the topic will last. For example, UN Secretary-General Ban Ki-moon appointed a High-Level Panel in late November that is to submit to him a report by June 2016 on how research on poverty-related diseases can be improved to ensure that everyone can access quality treatment at affordable costs. This is a step in the right direction.