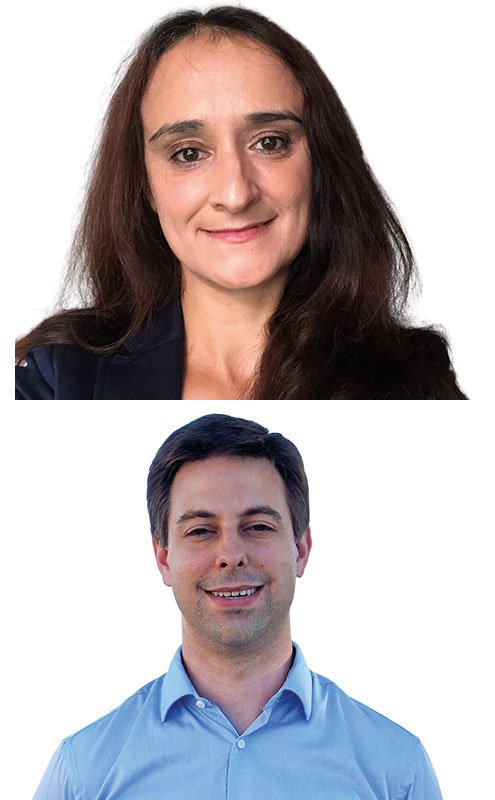 Melanie Connor is a social scientist at the International Rice Research Institute (IRRI) in the Philippines, specialised in behavioural and risk research. She holds a doctoral degree from the ETH Zurich, Switzerland, and has 15 years of experience in research.

Oliver Frith is the Head of Business Development at the International Rice Research Institute. He has a masters degree in Environment Change and Management from the University of Oxford.

Leveraging the power of network effects

In their article “Closing the adoption gap”, Denich and Whitney argue that widespread smallholder farmer adoption of new research innovations can be achieved through embracing implementation research, which aims to iteratively address end-user constraints as part of the formal research process. Based on evidence from Closing Rice Yield Gaps in Asia (Corigap), a regional project funded by Swiss Development Cooperation (SDC) that applies implementation research methods in practice, we highlight the benefits of this approach, as well as identify three additional enabling factors that could significantly increase the impact of future implementation research programmes: ensuring that investments are made over a longer term timeframe, leveraging two-way learning, multi-stakeholder networks (learning alliances) and fostering South-South cooperation for knowledge exchange. In the following, we briefly describe how these approaches could work in practice.

Since 2013, Corigap researchers at the International Rice Research Institute (IRRI) have co-developed science-based tools with national partners and farmers in Asia to close yield gaps while protecting the environment. This has led to improved production systems that enhance smallholder rice farmer livelihoods, as well as an increase in rice production to maintain food security in the region. In total, improved, integrated natural resource management system innovations have been adopted by over 780,000 households in six countries, improving incomes (15–90 %) and yields (>10 %), while also reducing environmental footprints of rice production. Thanks to the use of inter- and trans-disciplinary approaches, coupled with high-levels of participation from stakeholders across the entire value chain organised through learning alliances, adoption rates of research innovations in Corigap countries have reached around 30 per cent. This is significantly higher than corresponding rates (1–10 %) typically achieved across the CGIAR system as a whole for natural resource management (NRM) research.

In addition to the importance of applying an implementation research approach, one of the key factors of Corigap’s success has been long-term investment in the research partnerships. While it is a ten-year investment, the project builds on earlier SDC investments starting in the 1980s that were formalised through the Irrigated Rice Research Consortium (IRRC), which ran from 1997 to 2012. IRRC provided a platform to facilitate identification, development, dissemination and adoption of natural resource management technologies suitable for irrigated rice-based ecosystems in several Asian countries.

Although technologies developed under IRRC were all successful when applied individually, since 2013, the Programme has allowed national partners to package individual practices into integrated management systems, campaigns and policy, creating a positive feedback loop that drives large-scale adoption.

We also recommend agriculture development practitioners and investors to consider using learning alliances to further enhance adoption of research innovations. While Denich and Whitney divide research into two main camps, namely farmer-managed and researcher-managed on-farm research, we believe this demarcation is too binary and fails to fully leverage the power of network effects across an entire value chain.

In a learning alliance approach, a network of various actors is organised in stakeholder platforms, to identify, share and adapt innovative practices. Therefore, learning takes place at the level of the value chain rather than only in the farmer’s field. In principle, all actors who have some role in agricultural innovation can be included in learning alliances, which ensures a variety of interests and views are incorporated into adaptive research programmes.

IRRI’s experience in Corigap has shown that this approach can be highly effective in driving adoption of innovations. For example, learning alliances in Myanmar have helped farmers, rice traders and millers to jointly identify preferred high-yielding varieties that meet their respective agronomic, milling and quality needs, leading to increased use of improved varieties in farmers’ fields. In Vietnam, we have also witnessed similar benefits in scaling adoption of farm mechanisation and post-harvest technologies, such as laser land levelling and rice straw management. Learning alliances played a critical role in helping to identify viable service provider business models for mechanisation and post-harvest technologies that cater to the needs of smallholder farmers and cooperatives.

Finally, another critical lesson we learned from Corigap is that South-South Cooperation (SSC) is an excellent way to share learning from implementation research and accelerate the adaptation and adoption of research innovations in other locations with similar needs and constraints. A number of innovations developed through the programme have been successfully shared and adapted in other countries through SSC. For example, Vietnam’s experience in rolling out integrated approaches, such as “1M5R” (see case study in Box) and a preceding programme named “Three Reductions Three Gains” (3R3G), have been used to inform similar work under Corigap in Thailand, known locally as Cost Reduction Operating Principles. The use of regional platforms like Corigap is invaluable for leveraging learning and experiences across countries.

Fostering wide-scale adoption through promotion of integrated management systems and national campaigns – Vietnam’s "One Must Do, Five Reductions" (1M5R) Program
Over the last few decades, Vietnam has benefited from a rapid intensification of rice production ensuing high yields and economic gains. However, this has also led to environmental degradation and adverse health effects. Therefore, with support from the Irrigated Rice Research Consortium (IRRC) in the early 2000s, several best management practices were co-developed and individually adopted by farmers in the Mekong delta to address environmental degradation and improve profitability.

Under Corigap and in partnership with the Government of Vietnam, integrated systems approaches have now been scaled to maximise the sustainability of lowland rice farming systems. An implementation research approach has been applied to co-develop and demonstrate integrated systems that combine individual best management technologies with local farmers and extension programmes. In Can Tho, Vietnam, farmers have reported an increase in yield of 1,089 kilograms per hectare (kg/ha) in the dry season and 1,274 kg/ha in the wet season associated with adoption of these combined best management practices. Yield increases led to added revenue of 271 US dollars (USD) per hectare and 290 USD/ha in the dry and wet seasons, respectively. Farmers also reported 10 per cent savings in production costs that are equivalent to 71 USD/ha in the dry season and 67 USD/ha in the wet season.

This integrated approach now forms the basis for Vietnam’s “One Must Do, Five Reductions” (1M5R) Program in lowland rice cultivation areas. 1M5R encompasses the use of certified seeds, which is the “One Must Do” combined with five reductions for the seed rate, fertiliser use, pesticide use, water use and post-harvest losses. In Vietnam, outreach of best management practices has been facilitated by a World Bank project on “Vietnam Sustainable Agricultural Transformation” (VnSAT). For farmer organisations to receive financial support for machinery and infrastructure upgrading, they must show that most of their members have met the best practice guidelines described as above. By December 2019, the World Bank reported that 800,779 beneficiaries in eight Provinces had adopted 1M5R.

In summary, we strongly advocate for use of implementation research in agriculture as a means of increasing adoption of research innovation. However, when implementation research is also combined with a long-term, phased investment approach, as opposed to stand-alone 3-to-5-year project cycle investments, experiences from Corigap suggest that this can play a significant role in driving system-level transformation, too. We believe that combining research implementation with longer-term, phased investments is critical to enable smallholder farmers to adopt a combination of research innovations and fully adapt them. Coupled with the need for longer-term time horizons for research, we also advocate strongly for leveraging the power of network effects through the use of learning alliances (or similar participatory approaches), which create positive feedback loops that help to drive changes across value chains. We furthermore see huge potential for joining up research at a country level through regional platforms and encouraging more South-South Cooperation. Taken together, we believe this suite of approaches can play a critical role in helping smallholder farmers to not only adapt to major structural transformations occurring in agricultural markets today, but also to manage increasing risks from climate change and environmental degradation.