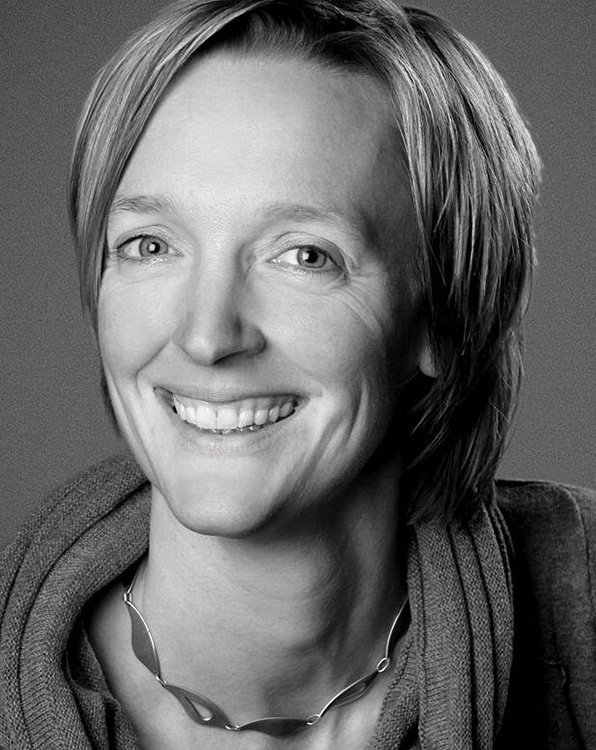 Healthy scepticism is called for

Digital technologies no doubt hold a great potential to trigger changes in African agriculture. But the euphoria over digitisation must not eclipsethe issue of who actually benefits from new developments and whether they are not increasing pressure on those who are already marginalised instead of supporting fair participation, our author maintains.

As a rule, governments, federations and business representatives paint a rosy picture of what the future of African agriculture could look like with the aid of digital technologies. It is understandable for people to hold such hopes. After all, over the last 40 years, digitisation has changed many societies and business fields world-wide to an extent that hardly anyone would have predicted – albeit not necessarily in a fairer and more sustainable direction. Given the major challenges that many rural regions in Africa are facing, fundamental changes really are appropriate and needed. There, efforts to reduce rural poverty and hunger have met with less success than elsewhere, and the impacts of climate change and dwindling natural resources are going to further aggravate the situation that smallholders are in. In addition, more than 60 per cent of Africa’s population are younger than 25 years of age. From today up to 2035, around 350 million young people will be entering the labour market. Only about a third of them are going to earn a reasonable income in sectors other than agriculture. This is why strengthening the agricultural sector in its multifunctional role is absolutely paramount.

So there can be no question that changes will occur. And whatever they may look like, digital technologies are going to play a role in them. But only one role in a cluster of political, social, legal and technical innovations and measures required to implement the targets defined in the context of the Sustainable Development Goals (SDGs).

Any technology can only be as good or as bad as the social and political context in which it is embedded. Technologies form our environment, change or consolidate power structures and thus crucially influence future developments, all of which also applies to digital technologies. This is why it is important to have the right tools available to critically assess the respective impact on different groups of the population. Do digital technologies strengthen participation and ownership, and do they open up new opportunities for those who have so far not been optimally integrated in social and economic processes? Or do they exacerbate existing power structures and increase pressure on those who are already marginalised today? Both versions seem possible. But given the existing power structures in the agricultural sector, I do not see why digital technologies should be applied in a manner benefiting particularly smallholder producers instead of agro-industrial corporations with considerable capital resources.

From the angle of the Gates Foundation, digital technologies provide a remedy for exactly what African agriculture is suffering from. Technologies link producers, many of whom are presently isolated, with upstream and downstream levels of the value chain or the end user and optimise the rural knowledge systems. For example, mobile telephones are to replace or optimise insufficient agricultural extension systems with online tutorials or regular news briefs while simultaneously improving the quality of advice since they facilitate information exchange in both directions, i.e. also from the farmer to the consultant (or the researcher). In addition, the digital services could communicate market information on fertiliser, seed or pesticide prices to the farmers. Last but not least, they provide information on sales markets, thus improving marketing opportunities and revolutionising the award of credits and subsidies.

So far so good! No doubt new communication technologies do hold a considerable potential for African producers – provided that they have a mobile phone. Currently, an extremely large number of mobile phones are going into operation in Africa’s rural areas. But alone the fact that the farmer happens to be a woman reduces the prospects of owning a mobile phone by 50 per cent – a poor state of affairs given that a very large share of African smallholder farms are run by women. And yet mobile phones, which support networking and the integration of women farmers in further education programmes, bear a considerable potential to at least narrow the gender gap in what tend to be patriarchal societies.

Let’s have a look at another weak point. What happens if above all those technologies assert themselves that strengthen the productivity of large-scale farms while small and medium-sized farms are pushed from the market? Both the developments in the agricultural engineering sector and those in the seed sector indicate this variant.

Just a handful of corporations have already divided a major share of the market among themselves. For example, together with CNH Industrial, the US corporations Deere & Company and AGCO hold more than 50 per cent of the market for farm technical equipment. With its 29 billion dollar turnover, even Deere, fleeced by a two-year sales crisis, exceeded the 25 billion dollars worth of accumulated sales of seed and pesticides by Monsanto and Bayer in 2015.

Since 2013, with its 137 billion US dollar turnover the best year of the agricultural engineering branch on record, sales of tractors, baling presses, milking machines and all the other technical equipment in demand in the agricultural sector have been on the decline. The most important and only truly promising market is that of digitisation in the agricultural sector. Some takeovers and joint ventures have already shown this trend in the past few years. In 2014, AGCO and pesticide manufacturers DuPont announced that they were co-operating in digital data transfer. In the same year, CNH and Monsanto’s “Climate Corporation” branch signed an agreement on the development of a precision-planting technology. One year later, Deere agreed to develop equipment with the Climate Corporation enabling the Deere farm management system access the giant Climate Corporation data sets online.

These are exciting collaborative schemes between the giants at the respective value chain levels. And since this is all about the management, analysing, storage and administration of giant volumes of data, these new markets are of interest not only to the traditional agricultural corporations but also to firms such as Google, IBM or Microsoft.

Unlike India, South America and China, Africa is not in the focus of these developments. Not yet, that is, for the 2015 economic review of the VDMA (Verband Deutscher Maschinen- und Anlagenbau – Mechanical Engineering Industry Association) states that Africa is increasingly gaining importance as a sales market. According to the VDMA, collaborating with Germany’s Federal Ministry for Economic Cooperation and Development is working very well as a door opener to the African markets. It explicitly refers to the “One World No Hunger” initiative. Even though the collaborative schemes currently focus on technologies for smallholdings, this certainly won’t be interesting for the branch in the long run. At any rate, it anticipates significant structural change and sees its market opportunities in new digital services for the large-scale enterprises.

Once one thinks through corporate power and strong imbalances in African agriculture, the rosy picture of the digital agricultural future becomes murky, and the “grow or perish” motto looks likely to turn into “digitise or perish”. For no matter how much they may benefit from the new communication tools offered by the digital world, smallholdings simply do not dispose of the resources needed to make use of the capital-intensive new agriculture technology tools.

Rather, a vision of the future is emerging that would entrench a more large-area and industrialised agriculture and in which both environmental and justice issues would remain unsolved. Structural change would be promoted, and instead of more of the many million young people seeking employment on the continent, fewer of them would tend to be able to earn an income in agriculture.
Things don’t look very different in the seed sector. The technologies of the first “transgenic” generation seem rather crude compared to today’s options to directly edit DNA building blocks. The seed corporations have quickly drawn up contingency plans to benefit from the new technologies. Today, more than 1,000 research centres are generating the data of genome sequences. By 2025, more data will be available on genomes than on astronomy. The resulting inconceivable volumes of data are often stored in publicly accessible data banks. But it is only businesses with substantial capacities in bioinformatics that can tap their potential.

What is really new in genetics is not so much the ability to read genomes but being able to write and transcribe DNA. This means that the DNA codes of crop plants, animals and microbes can now easily be modified with the aid of digital and laboratory instruments. DNA synthesis, i.e. the ability to “print” new strands of artificial DNA, is already being vigorously used. And the power struggles to secure varieties and processes and acquire patents that will protect the profits of the seed giants for decades are in full swing.

So the digital technologies are not resulting in a democratisation of our food system or in breaking down power structures in the seed sector, either. On the contrary. These structures are being entrenched and extended.

Still, digital technologies do have the potential to promote fair and sustainable structures in African agriculture.

I could for example imagine digital tools being employed to interconnect people whose land rights have been violated more effectively with solicitors providing legal support for them. The “open source” debate is also exciting. It is a term that all those campaigning for free software are well familiar with. Now, some pioneers have transferred this debate to seed and introduced the first open source-licenced tomatoes on the market. This is a clear step against corporate power that one would like to see taken in many other areas of digital agriculture.