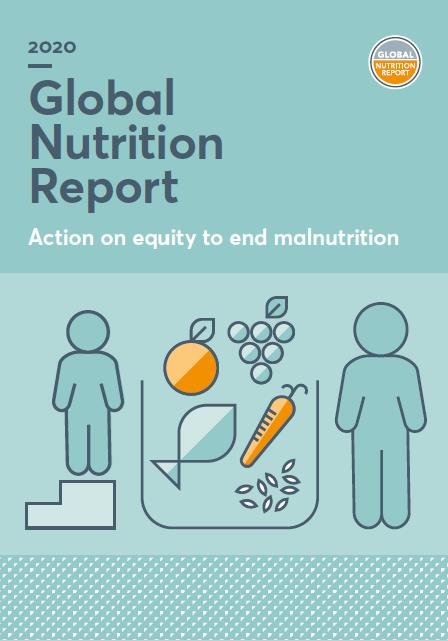 Progress in fighting malnutrition is too slow, the report states. The authors call for a change in global food systems and urges governments, business and civil society to step up efforts to address malnutrition in all its forms.

Addressing malnutrition in all its forms by tackling injustices in food and health systems is now more urgent than ever, stresses the latest Global Nutrition Report (GNR) published in May 2020. The COVID-19 pandemic has exposed the weakness of food and health systems, disproportionately impacting already vulnerable populations.

One in nine people are still hungry or undernourished, while 149 million children under 5 years of age are still affected by stunting globally. Meanwhile, our world has transitioned to one in which more people of all ages are obese rather than underweight, with one in three people being either overweight or obese.

Financial commitments also don’t match the scale and nature of the issue: increases in domestic resources for nutrition have been marginal at best, and obesity and overweight have been largely ignored in aid allocations.

Global and national patterns hide significant inequalities within countries and populations, with vulnerable groups being the most affected. The report found clear links between levels of malnutrition and population characteristics like location, age, sex, education and wealth, while conflict and other forms of fragility compound the problem. Differences across communities and at the sub-national level are striking.

Call for a change in global food systems

According to the report, existing agriculture systems still focus on staple grains like rice, wheat and maize, rather than producing a broader range of more diverse and healthier foods, such as fruits, nuts and vegetables. Fresh or perishable foods are less accessible and affordable in many parts of the world compared to staple grains.

Processed foods, especially ultra-processed food, are available, cheap and intensively marketed, with sales high and growing fast in many areas of the world. In sub-Saharan Africa, the growth of supermarket chains is diminishing the role of informal traders and has affected people’s food choices. These changes demand policy and planning resources to promote desirable nutrition outcomes, the authors say.

Solutions have started to emerge across the globe and are being implemented by a fast-growing number of countries such as India, Nigeria, Peru and Thailand, among others. The solutions include: increased public investment for healthier food products, support for shorter supply chains for fresh-food delivery programmes, use of fiscal instruments such as taxes on sugar-sweetened beverages (now in 73 countries), limiting advertising of junk food, and food reformulation, or the use of front-of-pack labelling (FOPL) to inform consumers and influence industry behaviour adopted by Chile and the UK. However, much more remains to be done.

Malnutrition in all its forms has become the leading cause of poor health and death, and the rapid rise of diet-related chronic diseases is putting an immense strain on health systems. But despite this assessment, nutrition actions only represent a minuscule portion of national health budgets although they can be highly cost-effective or even cost-saving solutions. The recent Transformation of Aspirational Districts initiative in India is one example of successful integration and delivery of equitable nutrition services as part a broader healthcare transformation effort