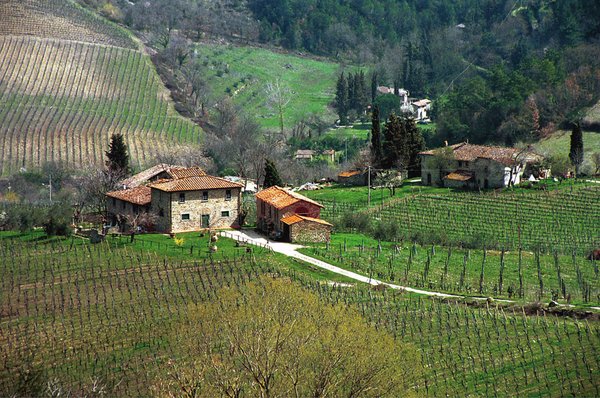 In Italy, the issue of slope stability and the threat of landslides are priorities in national soil protection legislation.
Photo: Bilderbox.com

Soil conservation in the European Union

Since 2006, a European Union-wide strategy on soil conservation has been in existence that is to address the complex roles that soil plays as a natural resource. However, a legally binding agreement has so far met with opposition by a blocking minority of EU Member States. Does the EU nevertheless offer prospects for soil conservation?

It is generally recognised that relevant soil degradation processes are on-going within Europe. There is increasing public awareness that soil contamination, soil erosion and landslides, and soil sealing by infrastructure and housing are a threat to our daily lives. But other, more subtle threats exist as well and are already affecting our lives by limiting vital soil functions. Soil compaction, soil salinisation, acidification, loss of organic carbon and the associated loss of biodiversity in soils are some of the threats that may be less visible to us but are equally important.

Addressing soil degradation in Europe has a long history. The oldest soil conservation service in the world is the Icelandic Soil Conservation Service, founded in 1907. Other European countries followed with dedicated legislative initiatives and public services and organisations addressing soil protection and conservation. Different priorities were identified by the various national soil conservation services and legislations. In most cases, soil protection was seen as a task within the improvement of agricultural production, but in some countries, already at a very early stage, other considerations emerged, linked especially with soil contamination and the large amount of historical industrial and mining installations that posed a severe problem for public health. Some countries addressed very specific national issues. In Italy, for instance, the issue of slope stability and the threat of landslides were considered urgent priorities in national soil protection legislation.

These highly diversified approaches to soil protection in various European countries needed to be addressed once the European Union was established. Only at a very late stage of European integration was the issue of soil protection considered. After that, other environmental areas, like air, water, nature (biodiversity), were covered by coherent EU-wide approaches.

Following extensive preparatory work and public consultation, the European Commission took the initiative in 2006 to present a coherent EU Thematic Strategy for Soil Protection. The Strategy includes several very innovative aspects, like the focus on soil functions, and then on soils per se, thus putting at the centre of legislation the need to protect for the public good the soil functions that deliver services to all of us. With this approach, it has been possible to avoid addressing the issue of private property rights, which constitutes the major difference between soils and the other environmental areas, like air and water. The Strategy recognises that all soils deliver services to all of us, and that therefore, there is an obligation to protect these vital functions for us and for future generations. The fact that soils can only be regenerated in their full multi-functionality after a very long process of soil formation starting from the original bedrock, often taking several thousands of years, requires the introduction of sustainable criteria in soil management, given that it can be considered as a non-renewable natural resource.

Soil functions are currently under threat in Europe by a series of relevant soil degradation processes. Essentially, the EU Soil Thematic Strategy recognises eight major threats: soil erosion, decline of soil organic matter, soil contamination, loss of soil biodiversity, salinisation, compaction, soil sealing and landslides. These threats are obviously interlinked and do not occur in all countries of the EU. The proposed Soil Framework Directive, the binding legislative element of the Soil Thematic Strategy, requires EU member states to delineate areas at risk and to take adequate measures to revert the on-going soil degradation processes.

Where are we with the EU Soil Thematic Strategy? Since its adoption by the Commission, the Strategy has immediately entered its implementation phase. Many of the measures foreseen, like integration of soil protection criteria in other EU legislation (e.g. the Common Agricultural Policy), increased research and awareness raising activities, etc., have been consistently applied by the European Commission. Unfortunately, the binding legislative component proposed by the EC, the Soil Framework Directive, has encountered opposition by a blocking minority of EU Member States (Germany, France, United Kingdom, The Netherlands and Austria) that is still preventing full adoption of the Directive in the EU Council.

More promising recent developments have emerged at international level beyond the EU. The new Global Soil Partnership (GSP), proposed by the United Nations Food and Agriculture Organization (FAO) and recently adopted by the FAO member countries, also allows for a new approach to soil protection on a voluntary basis in Europe (see Box below). The GSP is essentially a “coalition of the willing” bringing together the national governments, NGOs and other stakeholders that have a genuine interest and commitment to soil protection. There is great hope that such a voluntary approach, based on a partnership and on voluntary commitments, may prove more effective than the traditional binding legislative approach, which, despite all the efforts by the European Commission, is still not showing sufficient progress in Europe.

The major drawback of such voluntary approaches is obviously the lack of accountability/liability and sanctioning mechanisms. Given that there is no legal obligation to act, lack of soil protection at EU level cannot be sanctioned.

Still, one of the main effects of this recent surge of attention to soils on a global scale is that several national governments have been giving this subject increased attention. Recent new national soil protection legislative proposals, like in Italy, are raising hopes that on the long term a coherent EU approach to soil protection may be achievable.

In 2011, the UN Food and Agriculture Organization (FAO), with the support of the European Commission, initiated a new global partnership for soil protection and sustainable management of soils. The main driver of this initiative was the need to go beyond the current stalemate in legally binding international agreements for achieving soil protection and build upon an open voluntary partnership a new “coalition of the willing” of governments, NGOs and stakeholders genuinely committed to soil protection and sustainable soil use. Opposition by a few countries and interest groups to sustainable soil management and soil protection should not be an obstacle to the vast majority of countries and institutions that are genuinely determined to make progress and assure for future generations the availability of the necessary vital soil resources for food security and for all the other essential ecosystem services that soils provide for all of us.

The Global Soil Partnership (GSP) was officially launched at the FAO in Rome, Italy, on the 7th–9th of September 2011 and includes all member countries of FAO and all NGOs and stakeholders interested in the issue. The GSP is open to all partners that commit themselves to sustainable soil management according to the World Soil Charter of FAO. The partnership is supported by a secretariat hosted by the FAO and is steered by a high level Intergovernmental Technical Panel on Soils (ITPS) of 27 experts nominated by the FAO member countries. Activities of the GSP are organised according to five main pillars of action (sustainable soil management, education and awareness, research and development, data and information, harmonisation of methods and standards) that are implemented through Regional Soil Partnerships responsible for the actions at local scale. Regional partnerships have already been established for Latin America and the Caribbean, Middle East and North Africa, West and Central Africa, East and South Africa and Asia. Other regional partnerships will follow soon. Full details on the GSP are available at
www.fao.org/globalsoilpartnership/en/.