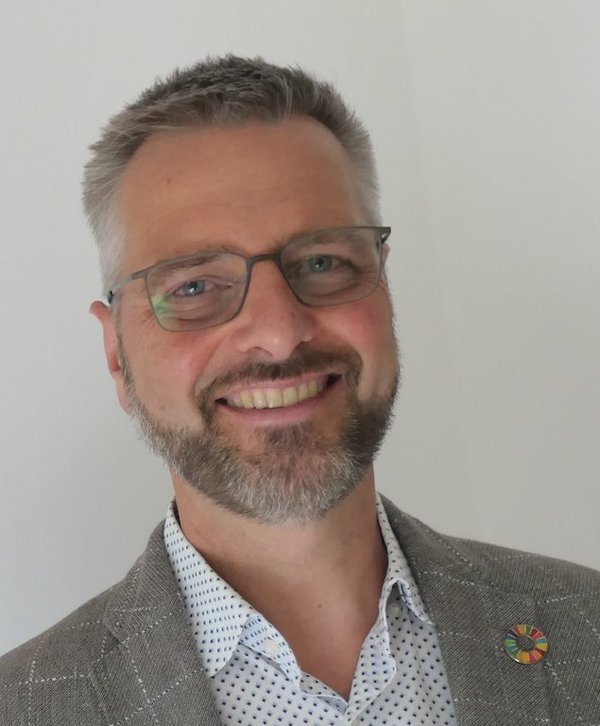 Alfons Üllenberg is an independent consultant and assessor in the field of development cooperation.

While the topic of agrofinance is essential to the context of mechanisation, it is all too often neglected, or at least insufficiently addressed. Our author gives an account of his experiences as an independent consultant and project assessor working above all in the fields of agriculture and food in sub-Saharan Africa (SSA).

After unsuccessful programmes for the mechanisation of African agriculture in the sixties and seventies, the topic has once again come onto the agenda. For around a decade, programmes have increasingly been introduced to mechanise African agriculture, although usually only with modest success.

Agrofinance plays a key role in the mechanisation context. In addition to the wide range of other challenges which the topic of mechanisation poses in sub-Saharan Africa (SSA), such as the availability of technologies adapted to contexts, and sufficient knowledge of product maintenance and upkeep, access and affordability of appropriate financial products for farmers play a key role in investing in durable goods. And this applies not only to mechanisation, but also quite generally, i.e. also to financing warehouses to reduce post-harvest losses, etc.

Whether mechanising agriculture makes sense is not at issue here. This is already being sufficiently debated elsewhere – and it is obvious that sensible investments require certain prerequisites. However, in my opinion, especially against the background of a growing urban population with a corresponding demand for food, the rural exodus and less interest among the rural population in working in agriculture, there is a need to enhance productivity, both with regard to labour and to area productivity. It goes without saying that care has to be taken here to accomplish this in a sustainable manner. So promoting the mechanisation of agriculture requires correspondingly large investments. And I have always asked myself why there are such a small number of projects addressing agrofinance1.

The reason is probably the complexity which this topic bears, coupled with the large number of actors involved and the lack of political determination. For the goal of affordable agricultural credits for durable goods is unachievable without suitable finance policy measures.

It is not as if smallholders had no experience with financial and in particular credit products – quite the contrary. Credits are often taken for inputs in particular, traditionally from sellers and at a horrendous expense. Lacking any alternatives, farmers often have no choice, and smallholders are frequently used to extremely high interest rates of 50 per cent per annum and even 100 per per annum.

Over the last 10-15 years, many initiatives have been launched to promote community saving and credit associations. They are no doubt a good idea in principle. They raise people’s comprehension of financial products, and especially in emergency situations, they can help solve financial problems swiftly and without red tape.

Furthermore, quite generally, they enhance financial literacy, which is also a very important aspect. However, what is interesting about these associations is the details. Especially on the basis of a wide range of project evaluations in various countries, in particular from Madagascar, Rwanda, Togo and Benin, and not so much borne out by representative data, I have been able to observe that credits, provided that they are not granted for emergency situations, are as a rule offered at very high rates – at least from my German perspective. Often, farmers receive credits at an interest rate of at least two per cent per month, i.e. 24 per cent per annum.

The response to the question why interest rates are so high is usually “but it’s less than two per cent a month” or that “the yields benefit the community”. The creditors’ perspective is what counts, and not that of the debtors, and I have the impression that this attitude is deeply rooted. In a certain sense, it is certainly justified, for compared to the alternatives, i.e. credits being granted by agencies or sellers of inputs, the interest rates are significantly lower. If I then state what the conditions are like in Germany, where young farmers can obtain credits for durables such as cowsheds almost free of charge and other investment credits are offered at one or two per cent per annum, and not per month, people are often simply baffled.

In Germany, the topic has above all been addressed by the savings and loan banks organised as cooperatives. Many countries are now following this example, including Rwanda. Promoted by the government, each sector has a state-controlled Savings and Credit Cooperative Society (SACCO). The aim here has been to facilitate access to financial products for smallholders. Basically, this has also been a success, and it has also greatly improved access to financial products for people in rural areas. However, here too, the credits feature short terms and high interest rates, usually 24 per cent per annum. Commercial banks in Rwanda do offer credit products at more favourable terms, but not for smallholders, who are, as a rule, excluded.

Why are credits so expensive?

I have interviewed various stakeholders to find out why credits are so expensive. Apparently, many different factors are involved, such as the refinancing of credits, providing security for foreign-exchange risks, high credit default rates/poor repayment morale, usually very low credit amounts which nevertheless require a high manual credit administration effort, low area coverage, the high cost of credit checks and payments, and collecting repayment sums. In addition, as a rule, banks are hardly familiar with farmers’ needs regarding financial products, and the cost of operating a network of branches in rural areas is too high for them. The agricultural market generally appears to be unattractive, and only few banks are willing to take risks in this area, all of which adds up to a very difficult state of affairs.

These observations above all relate to the sub-market of financing non-durables. But if it is already so difficult to serve this market, how can we get banks to provide credits for durables at reasonable prices in rural areas? I haven’t got an answer ready for this question. But one thing seems certain to me. The market alone will not get things sorted out. Often, there is already an absence of an investment-friendly finance policy framework. And yet, as the experiences described above show, demand goes way beyond such basics. Many questions arise. How can smallholders get organised to also make investments in durables worthwhile for small farms? How can financial institutions be won over to take risks in granting long-term credits? What role can special agricultural investment funds play? How can the risk of failed harvests be cushioned? Against the background of climate change-conditioned risks, this aspect is increasingly gaining significance. And the example of index-based climate risk insurances shows that, without subsidies, such products are not worthwhile for smallholders either.

In conclusion, I can only state that mechanising African agriculture represents a considerable challenge. It requires a coordinated approach by everyone involved as well as the political will to create a suitable financial and regulatory policy approach. Here, the two major players in German cooperation, Kreditanstalt für Wiederaufbau (KfW) and Deutsche Gesellschaft für Internationale Zusammenarbeit GmbH (GIZ), ought to join forces to develop approaches together and discuss them with the respective governments.

Alfons Üllenberg is an independent consultant and assessor in the field of development cooperation with a focus on food and agriculture and organisational consulting. He has lived in Africa (Madagascar, Angola and Rwanda) and is now in Colombia, where he can be contacted at alfons.uellenberg@gmx.de

1Of course efforts are also being made to promote agrofinance, such as the global project for the “Promotion of agricultural finance fo agri-based enterprises in rural areas” run by Gesellschaft für Internationale Zusammenarbeit GmbH (GIZ). This project was launched in particular to enable covering the need for investing among target groups of the “Green Innovation Centres” global project to promote value chains. The agrofinance global project really does make an important contribution here. But usually, projects in this area do not go beyond the (also very important) financing of inputs, involving what are usually short- or medium-term credits.