<< First < Previous Page 1 Page 2 Page 3 Page 4 Page 5 Page 6 Page 7 Next > Last >>
How to bridge the humanitarian-development gap is a recurring question for actors operating in crises around the world. Based on a recently published literature review by the German Institute for Development Evaluation and the Swedish Expert Group for Aid Studies, this article highlights strategic aspects of the humanitarian-development gap exemplified by the Syria crisis. 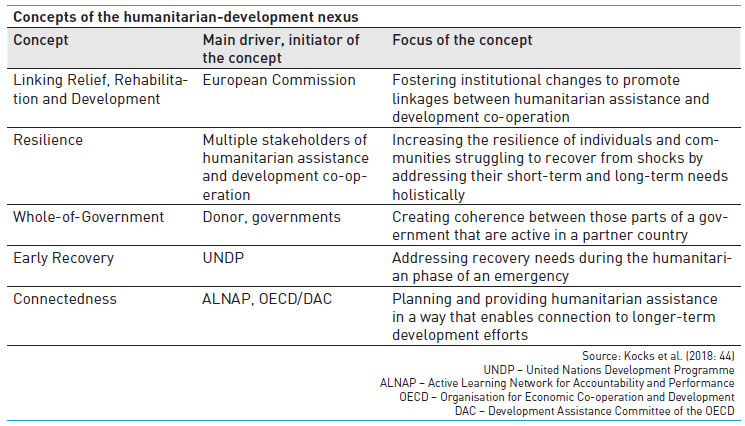 The study analyses how different concepts of the nexus debate (for an overview of these concepts, see Table on page 36) characterise the humanitarian-development gap and filters out recommendations on how to overcome this gap. The analysis reveals that the gap is a multi-dimensional phenomenon that consists of seven different sub-gaps: vision and strategy gap, planning gap, funding gap, institutional gap, ownership gap, geographic gap, and sequencing gap.