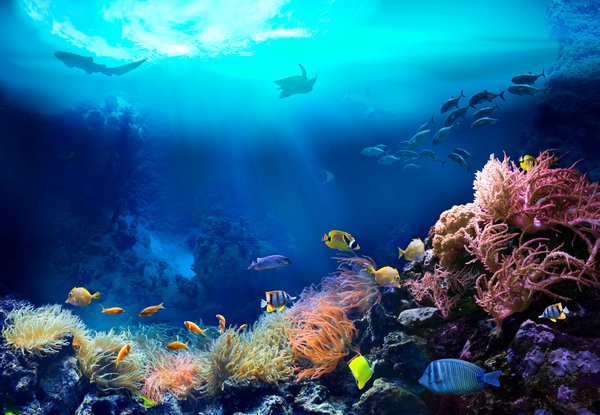 Oceans play an important role in climate, environmental and social balances but these ecosystems are threatened by pollution and overfishing. World leaders tried to find solutions to protect our oceans at the One Ocean Summit.

Heads of State and Government, leaders of multilateral institutions, business leaders and civil society policymakers met at the One Ocean Summit held in Brest from 9 to 11 February 2022, to discuss how to preserve our oceans’ biodiversity, stop overexploitation of marine resources, fight pollution and mitigate climate change. They stated their determination to preserve the oceans by contributing to the “Brest Commitments for the Oceans”.

The 30x30 goal is controversial. In a Manifesto released in September 2021, participants of the “Our Land, Our Nature” congress, supported by Minority Rights Group, Rainforest Foundation UK, and Survival International among others, called for a total halt to new protected areas that exclude indigenous and local communities. Instead of putting 30 per cent of the earth’s surface under protection by 2030, they call for an alternative model for conservation (Rural 21 reported).

Because two thirds of the ocean are beyond national jurisdiction and therefore cannot currently enjoy marine-protected-area status, the High Ambition Coalition on Biodiversity Beyond National Jurisdiction (BBNJ) has been launched by the 27 Member States of the European Union, joined by 16 third countries. The coalition aims to foster the conclusion this year of an effective global agreement on the sustainable use of the high seas and the protection of their biodiversity.

Six countries committed to ratify the IMO’s Cape Town Agreement, which will then at last come into force by the October 2022 deadline, setting safety standards for fishing boats. The 2012 Cape Town Agreement is aimed at facilitating better control of fishing vessel safety by flag, port and coastal states. It is also expected to contribute to the fight against illegal, unreported and unregulated (IUU) fishing and prevent marine plastic pollution from abandoned fishing nets and other equipment. To come into force, the treaty has to be ratified by at least 22 states with an aggregate of 3,600 fishing vessels of 24 m in length and over, operating on the high seas.

Marine ecosystems play an important role in adsorbing and storing carbon. A global coalition for blue carbon, launched by France and Colombia, will bring together national and multilateral actors in the field to contribute to financing the restoration of coastal ecosystems, using shared and rigorous methodologies.

End plastic pollution of the oceans

Plastic pollution of the oceans is huge: Nine million tonnes of plastic end up in the ocean each year. At the One Ocean Summit, the European Bank for Reconstruction and Development (EBRD) joined forces with the European Investment Bank (EIB) and the development banks of France (AFD), Germany (KfW), Italy (CDP) and Spain (ICO), in the most important initiative for the reduction of plastic pollution at sea, the Clean Oceans Initiative. Together, they have doubled their efforts in this sector, committing to provide €4 billion of finance by 2025.

Moreover, a New Plastics Economy Global Commitment led by the Ellen MacArthur Foundation and the United Nations Environment Programme aims to avoid the production of single-use products. It brings together national and local governments, businesses and NGOs to speed up the transition to a circular economy with the aim of 100 per cent reuse or recycling of plastics. At the summit, the commitment was joined by Greece, Italy, Colombia, the Republic of Korea, the City of Paris and Central Greece as well as 500 signatories worldwide, including 250 companies.

In addition, India and France together launched an initiative on the elimination of single-use plastic pollution, which aims to be multilateral.

Information is critical to achieve sustainable development. Therefore, the European Union has pledged to produce a Digital Twin of the Ocean to gather knowledge and test scenarios for action, supporting European blue growth and global governance. This Digital Twin initiative will inform political decisions and track their effects, enable the marine economy to develop with respect for ecosystems and fuel dialogue with stakeholders and the public. UNESCO has pledged to ensure that at least 80 per cent of the seabed is mapped by 2030.