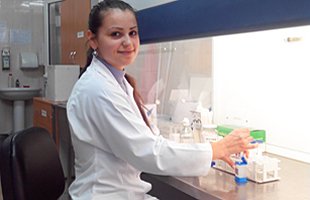 Tuberculosis mortality has nearly halved over the past 25 years. But the disease now ranks alongside HIV among the leading infectious causes of death. Multi-resistance towards commonly used drugs is increasing dramatically.

In late October 2015, in its Global tuberculosis report, the World Health Organization (WHO) reported that the number of tuberculosis cases had dropped by 42 per cent to 9.6 million between 1990 and 2014. Tuberculosis mortality has nearly halved over the past 25 years. This positive news was closely followed by the sobering announcement that tuberculosis now ranks alongside HIV among the leading infectious causes of death, with the deaths of 1.5 million people (2014) being attributable to the disease.

Most of these fatalities could have been prevented if more had been invested in research and development aiming at effective vaccines, improved diagnostics and improved agents and drugs. According to the WHO, sufficient funding of tackling tuberculosis would require eight billion USD a year. Here, developing countries and emerging economies are providing the lion’s share of 5.8 billion USD, while the international donors are contributing a mere 800 million – this means that each year, there is a funding gap of around 1.4 billion USD in all.

Only recently, scientists at the Swiss Tropical and Public Health Institute (Swiss TPH) and the University of Zurich detected double resistance to these agents in a patient who had immigrated from Tibet. With genome analysis, the man’s pathogenic bacteria were analysed throughout the entire treatment period of more than three years. The examinations demonstrated the speed at which TB bacteria can also develop resistance towards the new antibiotics. It was only possible to save the patient by removing parts of his lungs. Multi-resistance towards commonly used drugs is increasing dramatically, especially in eastern Europe, Asia and parts of Africa, according to Swiss TPH.
(WHO/The Lancet/SwissTPH/sri)

First resistance to a new generation of tuberculosis drugs