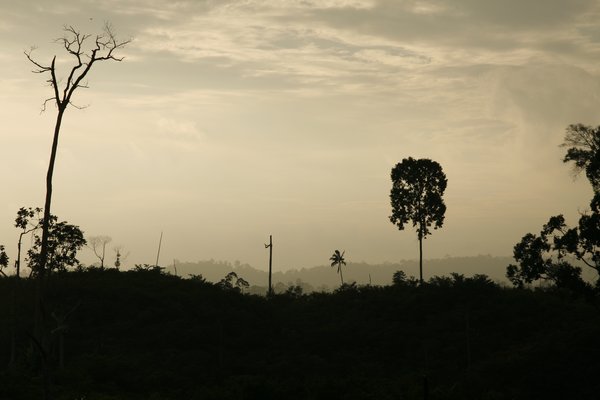 Deforestation of natural tropical forests for the establishment of oil palm, rubber and cacao plantations causes large amounts of carbon to be released into the atmosphere. German scientists are therefore calling on IPCC to recognise impacts of tree plantation establishment.

Scientists at the University of Göttingen in Germany have shown that up to 50 per cent of the carbon stored in the soil is set free when tropical forests are replaced by oil palm, rubber and cacao plantations. In the scientific journal PNAS, the scientists call on the Intergovernmental Panel on Climate Change (IPCC) to update their carbon accounting guidelines to reflect these large carbon losses.

According to a press release by University of Göttingen of the 23rd July, about 30 per cent of global soil organic carbon is stored in the top three meters of soils in the humid tropics. These soils have rapid organic matter decomposition rates. Accordingly, this enormous amount of carbon is at particular risk when carbon-rich forests are cut down and replaced by plantations such as oil palm or rubber. In their study, forestry scientists of Göttingen University established a total of 86 research plots across the humid tropics in Indonesia, Cameroon and Peru and compared the carbon contents of natural forest soils with neighbouring tree plantations managed by smallholder farmers.

"Until now it was assumed that establishing such plantations did not cause soil carbon stock losses," the authors of the study say. "However, our study showed that deforestation for tree plantations results in a loss of natural organic carbon pools of up to 50 per cent." Carbon is primarily lost from the burning of vegetation after land clearing and the decomposition of organic matter, as well as from lower organic material inputs into the soil from the newly established tree crops, note the scientists.