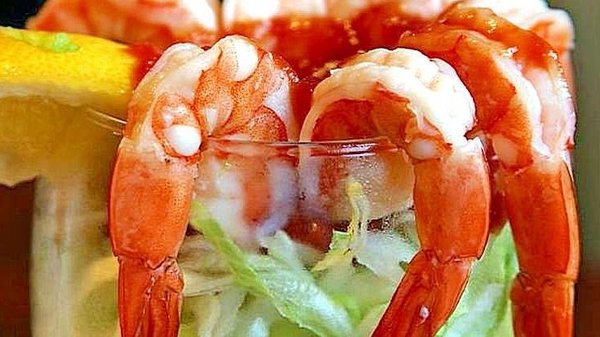 Is eating a kilogramme of shrimp worth 1600 kilos of greenhouse emissions?
Photo: © CIFOR / wikicommons

The jumbo carbon footprint of shrimp

A new study on greenhouse gas emissions created by mangrove deforestation and conversion into pasture and aquaculture ponds might make one think twice about ordering a shrimp cocktail or a steak in future.

Scientists have the difficult task of clearly conveying the ecological consequences of forest and wetland loss to the public. To address this challenge, a team of scientists including experts from the Center for International Forest Research (CIFOR) in Bogor/Indonesia scaled the atmospheric carbon emissions arising from mangrove deforestation down to the level of an individual consumer. This type of quantification represents the “land-use carbon footprint”, or the amount of greenhouse gases (GHGs) generated when natural ecosystems are converted to produce commodities.

Across the tropics, mangrove forests are being cleared to make way for agriculture and aquaculture. Found on the frontier of land and sea, their seaward sides are converted to shrimp ponds, while their drier edges are claimed and drained to become rice fields or cattle pastures.

The CIFOR scientists examined 51 sites where such conversion is in progress, in Indonesia, Costa Rica, Honduras, Mexico and the Dominican Republic. This is the first time that a carbon-footprint study has taken into account the greenhouse gas emissions that result from deforestation.

On the basis of measurements of ecosystem carbon stocks from 30 relatively undisturbed mangrove forests and 21 adjacent shrimp ponds or cattle pastures, the scientists determined that mangrove conversion results in GHG emissions ranging between 1,067 and 3,003 mega-grammes of carbon dioxide equivalent (CO2e) per hectare. There is a land-use carbon footprint of 1,440 kilogrammes CO2e for every kilogramme of beef and 1,603 kilogrammes CO2e for every kilogramme of shrimp produced on lands formerly occupied by mangroves, the scientists found out.

Thus a typical steak and shrimp cocktail dinner would burden the atmosphere with 816 kilogrammes of CO2e. This is approximately the same quantity of GHGs produced by driving a fuel-efficient automobile from Los Angeles to New York City.

Mangrove forests store a lot more carbon than terrestrial tropical forests, because they sequester a huge amount in the soil – in some cases up to 98 per cent of the carbon stocks in a mangrove ecosystem can be underground, explains lead author Boone Kauffman, a mangrove expert from Oregon State University, USA.

When such forests are cut and drained, carbon is not lost solely through the breakdown of leaves, twigs and branches. All the carbon that the mangroves have sequestered in the soil is also released – and not just at the surface. The study found that deforestation could release carbon stored up to three metres below ground.

Mangroves could therefore account for as much as twelve per cent of the total emissions for all tropical deforestation, Kauffman says, even though they only make up 0.6 per cent of the land area occupied by tropical forests.

“You’re losing centuries of carbon sequestration in just a few years of land use,” says Kauffman.

The other big problem with these conversions is that shrimp ponds in particular have very short life spans. Disease, soil acidification, pollution and market conditions tend to limit their use to just three to nine years (the scientists assumed a conservative nine years for the purposes of the study, meaning that the actual carbon footprint of some shrimp may be even higher).

CIFOR Principal Scientist Daniel Murdiyarso’s research in Indonesia has shown just how much carbon mangrove ecosystems can lock away. “They store twice as much carbon per hectare compared with terrestrial forests – and in some cases five to six times as much,” he says.

New research demonstrates that emissions can be reduced during mangrove conversion by limiting the exposure of excavated soil to the air, but finding ways to reduce rampant mangrove deforestation is even more important.