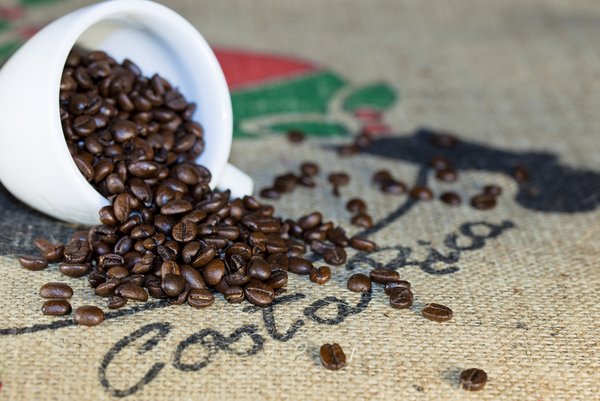 The first climate-neutral coffee, being produced by a co-operative in Costa Rica.
Photo: shutterstock/Wilcke

Agriculture has a disproportionately high share of greenhouse gas emissions. Taking coffee as an example, a doctoral thesis written at the University of Hohenheim, Stuttgart/Germany, shows that food can also be produced without an impact on the climate.

Slightly under a quarter of all gases that harm the environment develop in the agriculture and food sector. Here, it is not only the transportation of goods that plays a significant role but also the type of cultivation and processing. Consumers are largely unaware of what the environmental footprint of certain kinds of food is like.

So-called climate labels informing the consumer about whether a product is environmentally friendly are to remedy this. Agricultural scientist Athena Birkenberg of the University of Hohenheim in Stuttgart/Germany took a look at the example of coffee in her doctoral thesis to find out the conditions that cultivation areas, processing companies and consumers have to meet in order for a label to be successful. The case study was conducted at the coffee co-operative of Coopedota in Costa Rica, which is now selling the world’s first climate-neutral coffee.

A country has to have a favourable political and economic framework in order to be able to successfully implement climate certification, Birkenberg explains. She refers to Costa Rica as a positive example, explaining that it is actively seeking climate neutrality at a national level. Efforts made by the smallholder co-operative Coopedota are receiving government support. In addition, Birkenberg says, the growing conditions in Costa Rica are particularly suitable for coffee cultivation.

However, farmers are still using nitrogen fertiliser to achieve reasonable yields. Since nitrogen fertiliser contributes to the formation of greenhouse gases, applying it as efficiently as possible and in minimum quantities is vital to obtain a climate-friendly product, Birkenberg explains.

Furthermore, in order to obtain certification, the farmers are required to establish comprehensive data on production, which presented no difficulties for the co-operative Coopedota. “For this purpose, the smallholders have to submit a plan for each year showing not only how much greenhouse gas they are going to produce in the following year but also how and where they seek to avoid greenhouse gases in the future,” Birkenberg explains. One concrete example is that instead of firing roasters with wood, the co-operative is now using waste products like coffee bean husks, which reduces CO2.

Information instead of myths – creating consumer awareness with a climate label

However, in the second part of her survey, Birkenberg explains that the success of certification does not only depend on cultivation and marketing. “Since certified food is expensive, consumers also have to be prepared to pay more for climate-neutral coffee,” she notes.

The researcher found out that such readiness was indeed there, only that most consumers had hitherto not been aware that coffee consumption could be harmful to the environment.

A further wrong assumption was that many consumers believed that the impact of transportation on the climate was significantly higher than that of cultivation. Birkenberg states that the reverse is true. “Tons of coffee can be carried by a single ship, whereas on the cultivating side, you have to apply several tons of nitrogen fertiliser and lime to produce this amount of coffee,” she explains. Birkenberg hopes that climate labels will help sensitise consumers towards the environmental compatibility of coffee growing, and that people familiar with such labels will then also check for climate labels on other products.

Coffee machines that harm the climate

Athena Birkenberg’s doctoral thesis also demonstrates that so far, people have been too little aware of the energy consumption levels of coffee machines in cafés and restaurants. Fully automated machines use a particularly large amount of energy. “These large machines operate day and night, with very high levels of energy consumed per litre of coffee brewed,” Birkenberg notes and points out that making coffee with a fully automated coffee machine can account for up to 45 per cent of the entire greenhouse gas emissions of coffee. She says that CO2 emissions of conventional coffee are at around 50 to 60 per cent.

Therefore, she recommends not only to optimise the machines but also to inform the consumer about their energy consumption.